Dan Evans hopes to ‘trouble’ Roger Federer in Doha, but insists ‘there’s no drama if it goes wrong’ 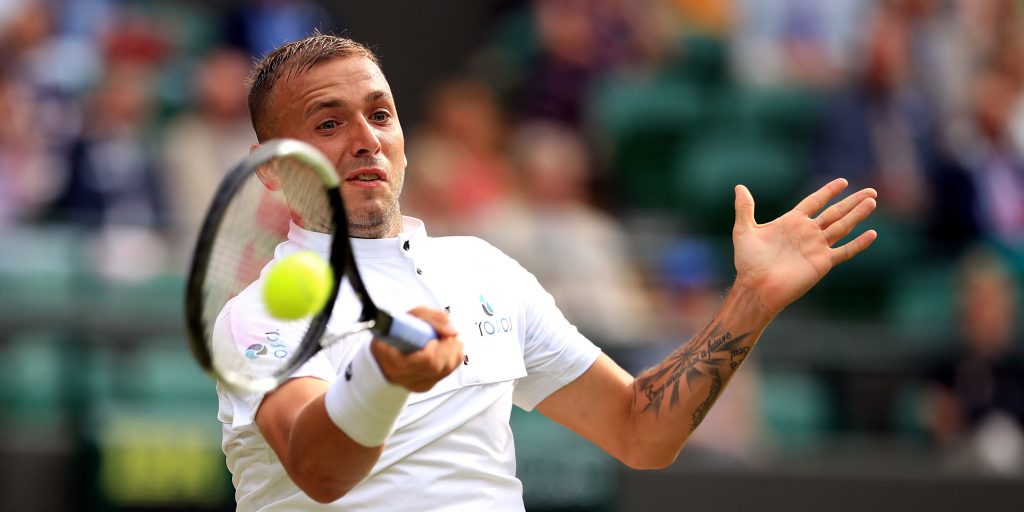 Dan Evans will have the distinction of being the first opponent for practice partner Roger Federer when the 20-time Grand Slam champion makes his comeback in Doha on Wednesday.

Federer, who has a bye through to the second round, is playing in his first tournament since last year’s Australian Open after two knee operations.

He has been training with Evans in Dubai in preparation for his return to the tour and the British No 1 will get the chance to use that inside knowledge when they meet in the second round.

Confirmed: @rogerfederer will play Dan Evans in his comeback match at @QatarTennis. pic.twitter.com/37oscbVLO5

Evans played his first match on Tuesday since an opening-round loss at the Australian Open a month ago and had to dig deep to claim a 6-4, 1-6, 6-2 victory over in-form Frenchman Jeremy Chardy.

The tennis world will be watching to see what shape Federer is in, and Evans said: “I thought he was playing pretty well. We played plenty of sets and it was competitive.

“But it’s all very different when you get on the match court, as I found out today. I wasn’t perfect out there and I’ve been playing pretty well in practice. It will be a lot different tomorrow.”

Federer was among the spectators in the stands for part of the match, which drew a typically self-deprecating response from Evans.

“He’s obviously seen a lot of my game the last few weeks, so I’d say it was more out of boredom, waiting for his practice, than scouting out what’s happening on the court,” said the British No 1.

Federer witnessed a below-par serving display from Evans, who saved 10 break points in the first set, including six in his first service game.

He paid the price in the second set, with Chardy finally breaking serve at the 14th time of asking and reeling off five games in a row.

But Evans responded well at the start of the third and pulled away to the finish line, with Chardy hampered by a leg problem.

Evans has become a favoured practice partner of Federer, having been invited to Switzerland in 2019 following a close match between the pair at the Australian Open.

That was by some distance the most competitive of their three previous matches, with Evans still looking for his first set against the Swiss.

“Everybody gets on,” said Evans, whose stylish game no doubt is one reason he drew the attention of Federer.

“All of his team seem to get on with me OK and it just works. I had good fun. I’m not sure if we’d have much in common, but he’s pretty down to earth. He was good to me and I guess I give him some good practice.

“It’s probably my better chance to get some good tennis out there and trouble him. I’ll go out there and enjoy it and see what happens. There’s no drama if it goes wrong tomorrow and if I win it would be great.”

Federer, who turns 40 in August, insisted on Sunday that he never considered retirement and Evans is happy to see both the Swiss and Andy Murray making their returns.

“It’s testament to how much the guys respect the game, love the game,” he said. “They’re definitely not doing it for money out here, it’s for the love of the game.

“It just shows how normal they are. They started out playing tennis through loving it – they’re just very good tennis players and it’s great for the game that Roger’s back here playing and Andy’s been back as well.

“It just shows we’ve got some pretty good characters at the top of the game and it will be tough when they’re gone.”