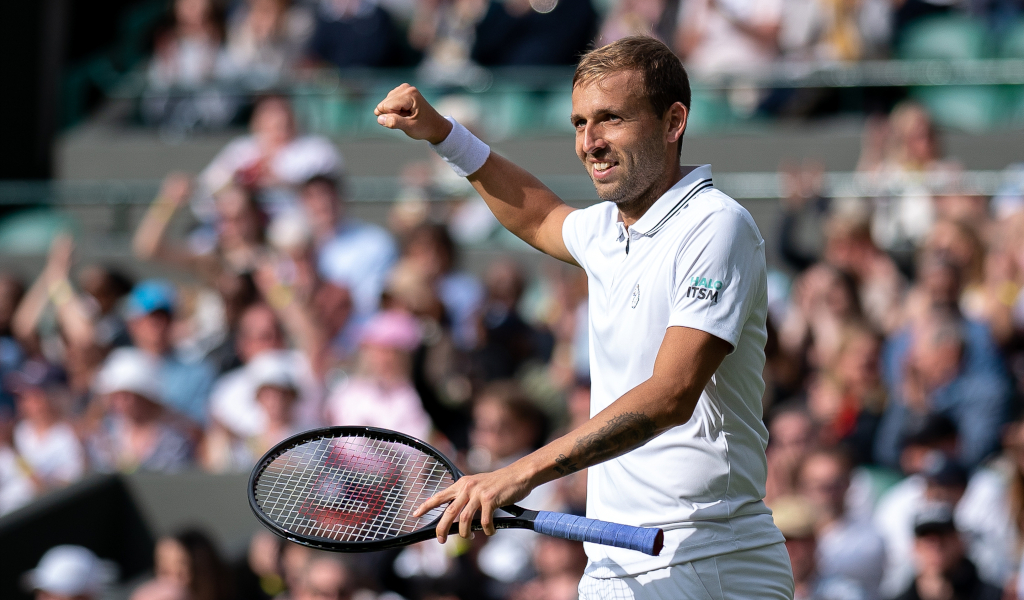 Dan Evans is hoping the best is still yet to come after booking another spot in the third round of Wimbledon.

The British number one despatched the Croatian Dusan Lajovic 6-3, 6-3, 6-4 on Court One to win his second match in two days and equal his best run at SW19.

Evans made it to the third round in 2016 and then again in 2019, where he had a painful five-set loss to Joao Sousa that robbed of him a meeting with Rafael Nadal.

Third round for the third time 👊

He will get another crack at making the second week on Friday when he meets either unseeded but talented Seb Korda or qualifier Antoine Hoang and will be eyeing a career-best run.

The 31-year-old has had plenty of time on the grass courts leading into this tournament and he will never get a better chance to make it to the fourth round, especially as he thinks there is more to come.

“I don’t think I played particularly amazing tennis today, but I got through the match with decent concentration,” he said.

“I found my tennis when I needed to the longer the match went on.

When you’ve reached the 3rd round of #Wimbledon for a 3rd time 👏#BackTheBrits 🇬🇧 pic.twitter.com/1F6SFxbEmL

“I knew what I had to do, and that was get myself through the match however I played, give myself another good chance in the third round.

“It’s not all about playing perfect tennis all the time. I didn’t serve the game out great at 5-2, but I bounced back at 5-4 after having match points in the game before that. So I was happy with that part today. That gives you confidence.

“I think I’ve done a great job of getting through. As I said, I’ve not played my best tennis just yet, so hopefully that’s coming.

“I’m working hard. I’m trying to focus hard on finding it. Another day on the practice courts tomorrow, get a bit more feel. Hopefully in the third round I play a bit cleaner out there, serve a little better.

“Match by match to get a bit better would be good.

“I’m competing hard and staying focused, which is part of, a big part of the battle really out there is to stay in the match, especially three-out-of-five sets.

“There’s massive momentum changes in the match. It’s about keeping calm and concentrated in the moment really.”