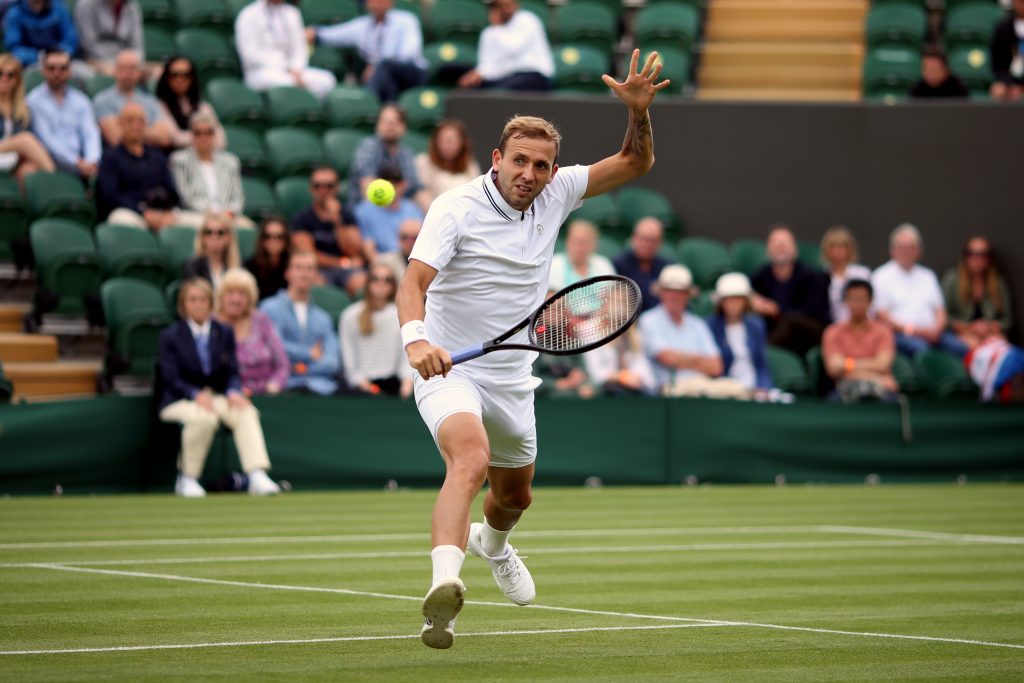 Dan Evans was the sole British winner on another rain-hit day at Wimbledon.

Evans snapped a four-match Grand Slam losing streak with an impressive 7-6 (7-4), 6-2, 7-5 victory over Feliciano Lopez, leaping and punching the air in delight after the Spaniard’s final volley drifted long.

The British number one has had an excellent 18 months on the ATP Tour but the slams have been a different matter, with Evans losing twice in the first round of the French Open and once at the Australian Open since his previous victory in New York last summer.

Dan Evans having fun in his win against Feliciano Lopez ⚡️#Wimbledon pic.twitter.com/oZjkSkSkTy

He said: “It was a good way to come through. It was pretty efficient. I feel I played solid tennis and was more controlled than previous matches over the grass. I had to be ready from the get-go and really focused and be sharp. I felt I was.

“It’s always going to be a difficult match against Feli. I thought there’d probably be a tie-break or two in there. I was ready to be good in those moments. I did a good job and I’m happy to come through.

“It’s tougher to come through these events. Whichever way you look at it, they’re bigger events, they’re better events. This is where you want to win matches.”

Cameron Norrie, who is seeded at a Grand Slam for the first time, had to wait until late into the evening to start his match against former top-10 player and Wimbledon quarter-finalist Lucas Pouille.

Place a bet on the action with Planet Sport Bet. Dan Evans to win in four sets?

The Frenchman is on the comeback trail after elbow surgery last year and Norrie has work to do after dropping the opening set 8-6 on a tie-break, following which play was suspended for the night.

Francesca Jones made a creditable Wimbledon debut against Coco Gauff, matching the fast-rising young American for much of two close sets before going down 7-5, 6-4.

The 20-year-old, who was born with a condition that means she is missing several fingers and toes, said: “I went to the match thinking I could win it 100 per cent. I didn’t doubt that. I knew my game could do her damage and do many other players damage in the draw.

“But I’m where I am. I’m going to keep building. I just competed with someone that made quarters of Roland Garros, is 23 in the world, has multiple WTA titles, and felt comfortable on the court. 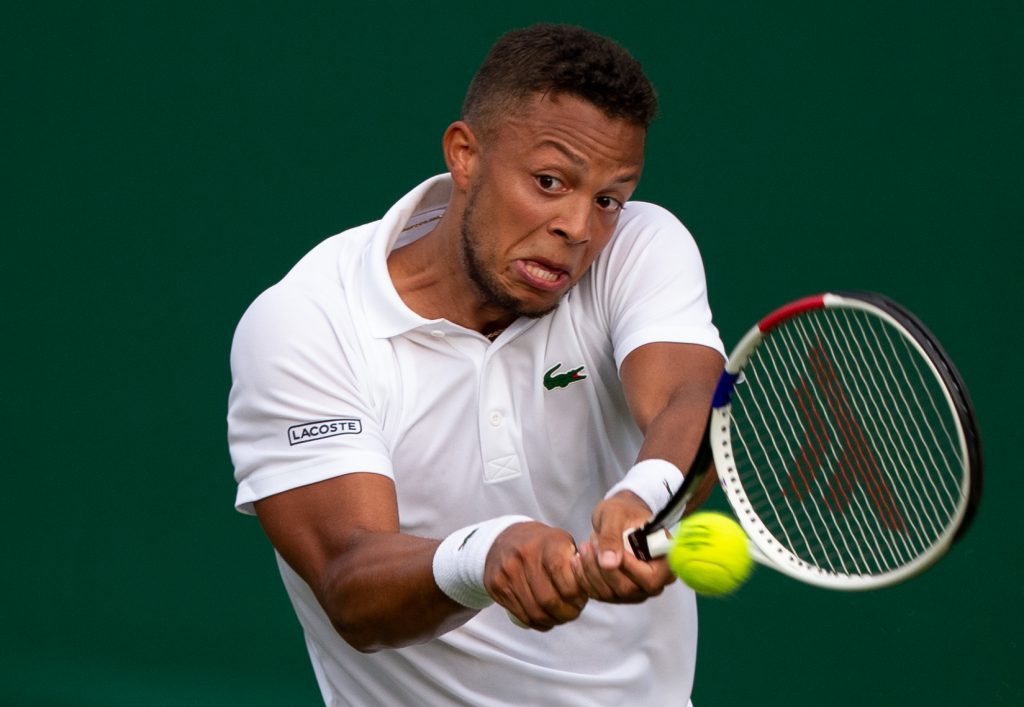 “I know sooner or later I’ll find myself in a position where I won’t need a wild card. At the moment I’m at the beginning of the construction of my house.”

Harriet Dart had a tough draw against Belgian 13th seed Elise Mertens and struggled with her serve in a 6-1, 6-3 defeat.

“I did my best,” said the 22-year-old from Derby. “I approached it the same I did yesterday, but he was just better.”

Samantha Murray Sharan and 18-year-old debutant Emma Raducanu will both play their first-round matches on Wednesday.