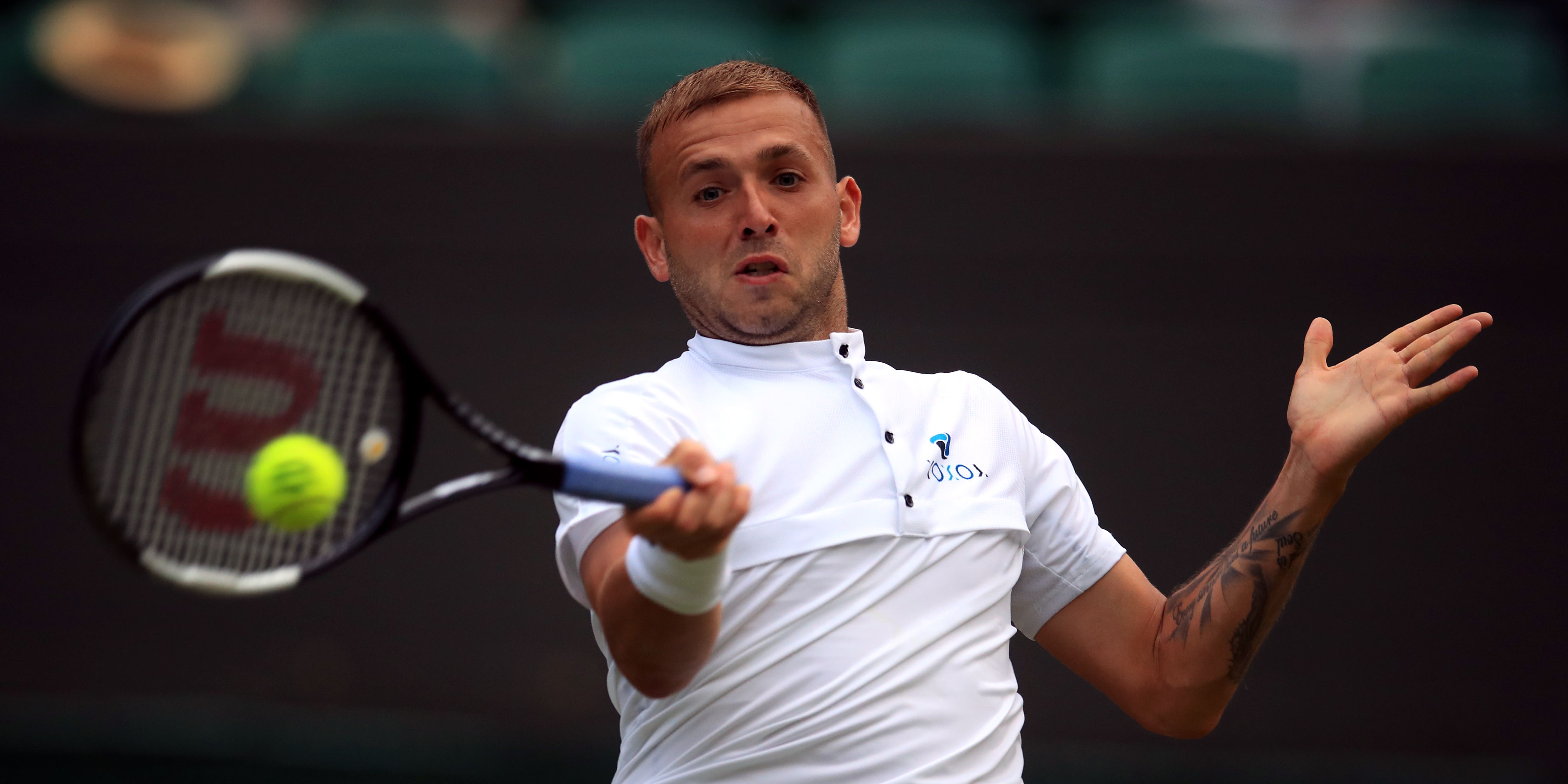 Dan Evans admitted he did not relish the extra attention brought by his stunning upset of world number one Novak Djokovic at the Rolex Monte-Carlo Masters as he reflected on the best victory of his career.

Having arrived at the clay-court event on a run of four straight defeats and without a tour-level victory on the surface for four years, the British number one pulled off a 6-4 7-5 win over Djokovic to reach a Masters quarter-final for the first time.

Evans, who had never beaten a top-six player before, then teamed up with Neal Skupski to defeat Australian Open champions Ivan Dodig and Filip Polasek and make the last eight of the doubles.

The 30-year-old said: “Obviously it’s not my favourite surface. But I think the conditions have actually suited me this week. It’s not been very warm. The ball stayed low. I’m moving way better on the clay. That’s definitely helped.

“It’s difficult. Obviously a bit more attention. Not so fond of that. Just hopefully focus on tomorrow.

“Obviously I’m happy. I’m still in the tournament. After the tournament, I’ll look back at what a good day it was. It was obviously an amazing feeling to win and to come through.

“Sometimes it’s a little embarrassing when people are saying well done too much. That’s the way I feel. I can’t help it.”

Djokovic had won his first 10 matches of the season but was a long way from his best, and Evans capitalised superbly.

“I felt comfortable from the outset,” Evans said. “In myself, I felt very good. But more importantly I didn’t feel he was being too aggressive, pushing me back too much. I was comfortable in the points. I hit my forehand well.”

The British number one said in his interview with Amazon Prime Video that he had been fired up by Djokovic keeping him waiting ahead of the match, although he later played the comment down as a joke.

Djokovic was scathing about his performance, saying: “Congratulations to him. I mean, he deserved to win. He was a better player. Just more focused I guess and played with a better quality in the decisive moments.

“This has been probably one of the worst matches and performances from my side I can recall in the last years. I don’t want to take anything away from his win but, from my side, I just felt awful on the court overall. Just nothing worked. It’s one of those days.

“I can’t take anything positive away from this match. It’s not the first, neither the last, loss but definitely leaves a bitter feeling exiting the court this way.”

It was a first meeting between the two players, and Djokovic said: “He’s got a really all-around game. He’s really a nice player to watch, not a great player to play against. Lots of talent. He’s very unpredictable with his shots. He dismantled my game.”

Djokovic was playing only his second match since winning the Australian Open in February and looked very rusty initially in cool and windy conditions, losing the first three games.

He improved significantly after that and pulled back to 4-4 but Evans did not allow his level to drop, trading brilliantly with Djokovic from the back of the court and varying the angles and pace intelligently, with his slice backhand particularly effective.

Another break of serve gave him the chance to serve for the set, and he clinched it on his third chance.

Evans would have expected a response from Djokovic and he got it, the Serbian moving into a 3-0 lead in the second set, but he still did not look entirely comfortable and back came the British player to level at 3-3.

Djokovic kept the pressure on but Evans did not buckle and, at 5-5, it was the top seed who double-faulted to hand his opponent the break.

That gave the 30-year-old the chance to serve for the win of his life and he took it to set up a clash with David Goffin.

The Belgian is not surprised to see Evans finding his feet on clay, saying: “He’s an amazing, talented player.

“I always thought that he could play on every surface. Maybe in his head he was not a clay-court player in the past, so he was not super confident on that surface.”