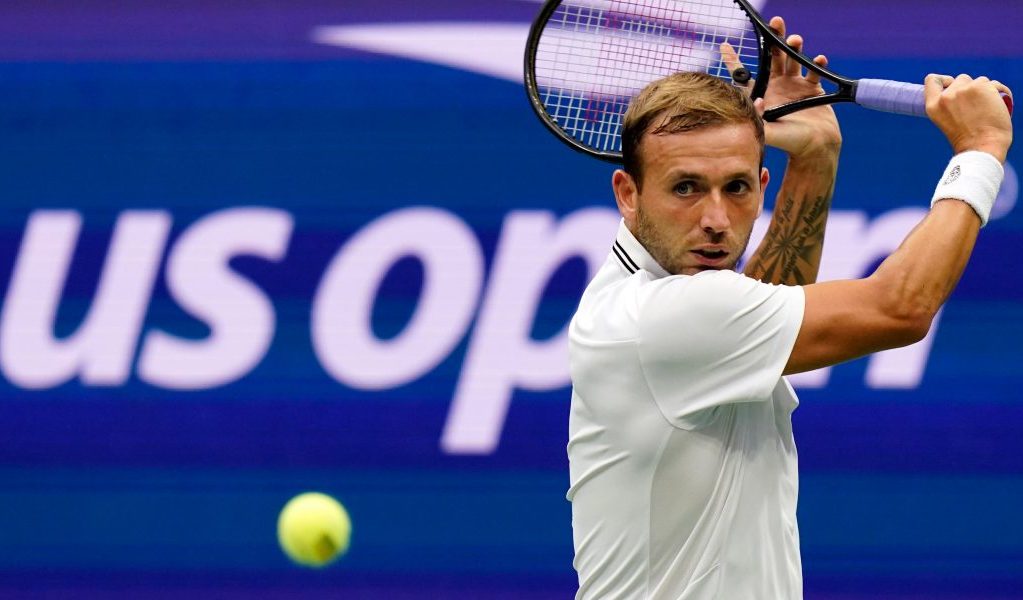 Dan Evans saw his US Open hopes dashed by a straight-sets defeat at the hands of world No 2 Daniil Medvedev.

British No 1 Evans had made the second week at Flushing Meadows for the first time in his career, but his run was ended in the fourth round by the ruthless Russian.

The 31-year-old battled manfully but with Medvedev’s first serve hitting 130mph and almost unerringly finding the lines, Evans was unable to prevent a one-sided 6-3, 6-4, 6-3 defeat.

🇷🇺 @DaniilMedwed reaches the #USOpen quarterfinals for the third year in a row! pic.twitter.com/hZJOz5F6nG

Nevertheless it was his best performance at a grand slam this year, having fallen in the first round of the Australian and French Opens before reaching the third round at Wimbledon.

Already a set and a break down, Evans forced a break point at 2-3 and with a rare look at at the Medvedev second serve, he managed to level the set.

However, he immediately handed the initiative back with a pair of double faults gifting Medvedev the break again.

There was another shot for the Medvedev highlight reel when he sent a return around the net post which clipped the line.

The power on that serve! 💪@DaniilMedwed is showing exactly why he’s second seed in the #USOpen with some ridiculous power

An early break in the third then put Medvedev in complete control and he sent Evans packing with a clinical hold to love.

On court afterwards Medvedev, the finalist in 2019, said: “I liked my serve better, but there was one forehand that was the best shot of the match.

“I played a few matches after that final but the first time I came back, it was without the fans, but still some memories.

“Now I want to make it to the final again and make some more memories.”