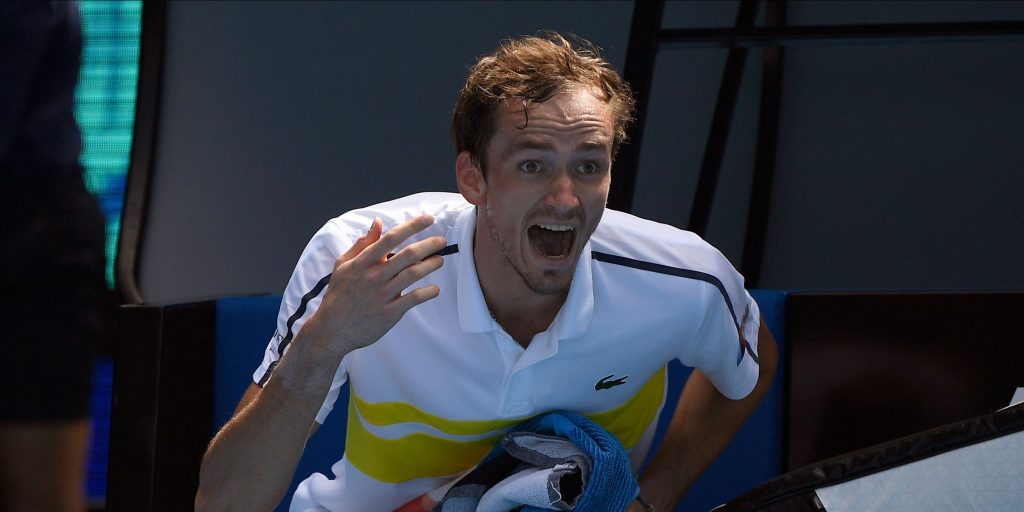 But the good news for both was that fourth seed Medvedev, one of the big favourites for the Australian Open men’s trophy, recovered to win 6-3 6-3 4-6 3-6 6-0 and reach the fourth round.

“Sometimes maybe I will disagree but this time for sure it was a good thing to do. It happens once per year, two times per year maximum, maybe once in two years, but today it helped, and definitely we’re going to talk about it a little bit, but there is not a big deal.”

Tsitsipas and Ymer were practice partners during the two-week quarantine period, and the Greek felt that helped him with fans absent from Melbourne Park.

Tsitsipas said: “I played a lot of practice sets with him, which obviously helped, and it was similar conditions for me today entering the court playing the third-round match as during quarantine.”

As expected, defending champion Novak Djokovic did not practise on Saturday after suffering what he believed to be a stomach muscle tear during his five-set win over Taylor Fritz.

The top seed is due to face Milos Raonic on Sunday evening but expressed doubts that he would be able to take to the court.