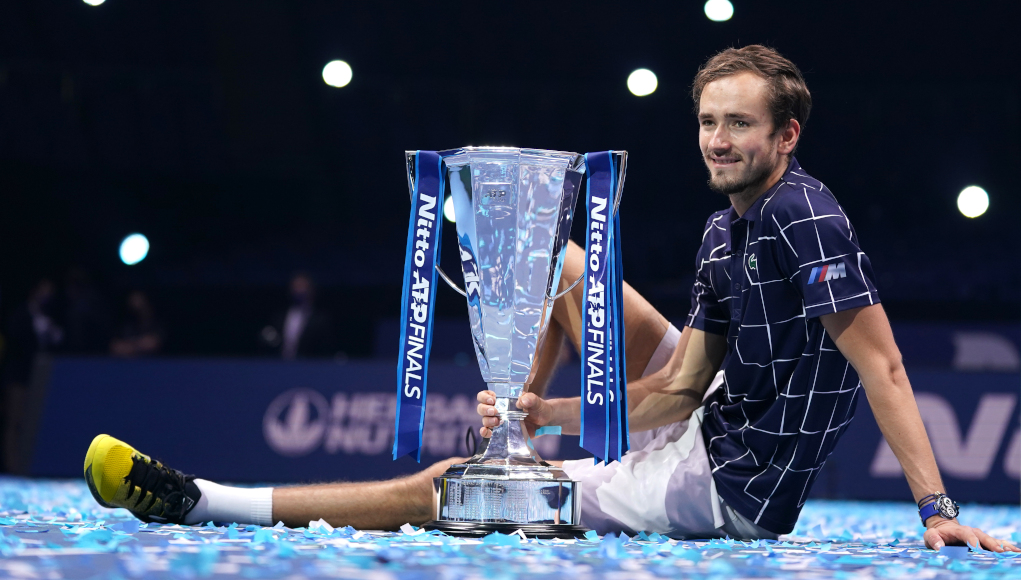 Daniil Medvedev claimed the biggest title of his career to become the last winner of the Nitto ATP Finals at London’s O2 Arena.

The Russian, who did not win a match on his debut last year, went into the final against Dominic Thiem having not lost a match all week and he fought back from a set down to win 4-6, 7-6 (7-2), 6-4.

In doing so, Medvedev became the first player in the 50-year history of the tournament to beat the world’s three leading players at the same event.

The 24-year-old’s victory also meant London’s tenure was book-ended by Russian triumphs, with Nikolay Davydenko lifting the trophy in its first year in 2009.

It was a fitting match to conclude what has been an excellent tournament but sadness remains, of course, that it was played out in front of an empty stadium.

Thiem won the big moments in the first set and had the edge for much of the second set but was unable to claim a break and Medvedev gradually turned the match in his favour.

Thiem had hoped to cap what was a brilliant season that brought him a first grand slam title at the US Open with another big trophy but had to settle for the runners-up spot for the second-straight year after losing to Stefanos Tsitsipas 12 months ago. 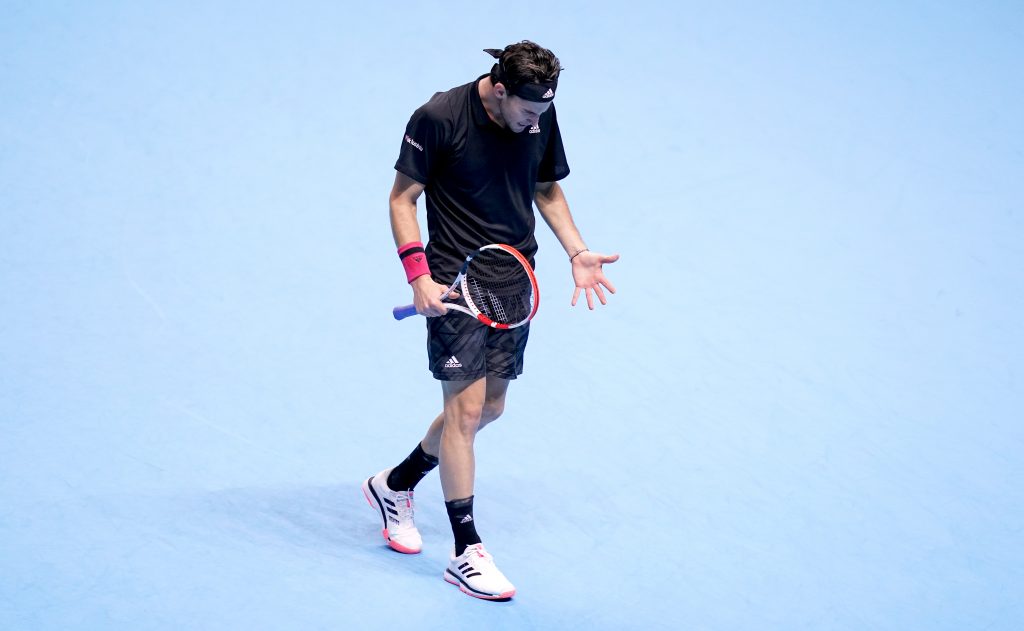 Thiem and Medvedev have been the standout performers this week and booked their places in the final by toppling Novak Djokovic and Rafael Nadal, respectively.

Thiem held a 3-1 record against his rival, including a straight-sets victory in the semi-finals in New York. But Medvedev served for both the second and third sets that day and might have won had he been a bit stronger on the big points.

The first set here had a similar vibe, with Medvedev making the better start but failing to take two break points in Thiem’s first service game and then being broken himself from 40-0 in the fifth game.

The fourth seed missed a simple smash at 40-30 and then double-faulted on break point, and Thiem held on to take the set, benefiting from a lucky net cord as the ball flew over Medvedev’s racket.

Thiem showed immense frustration as he failed to take advantage of opportunities to move ahead in the second set, Medvedev doing well to weather the storm and force a tie-break.

But – having recovered from 0-4 to win the deciding tie-break against Djokovic on Saturday – Thiem got a taste of his own medicine as Medvedev turned a 2-0 deficit into a 7-2 victory.

The Russian was playing a very smart match, not giving Thiem the rhythm to get his big ground strokes flowing, and the third seed was beginning to look a little weary.

He showed that his will was not lacking by recovering from 0-40 to hold for 2-1 but Medvedev broke through two games later and kept his nose in front all the way to the finish line.