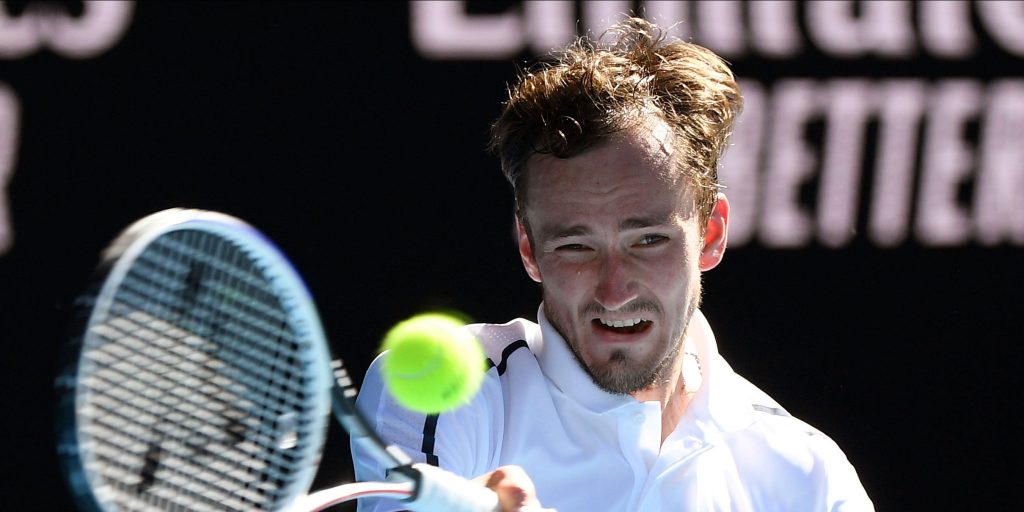 Medvedev, a former US Open finalist, stretched his current winning streak to 19 matches with a 7-5, 6-3, 6-2 victory against his ATP Cup team-mate.

Rublev, ranked eight in the world, was clearly struggling with the Melbourne heat as the match wore on and is still yet to take a set off his friend and compatriot in five meetings.

⚠️ WARNING ⚠️@DaniilMedwed is through to the final 4⃣ and looking dangerous 😤🇷🇺#AusOpen | #AO2021 pic.twitter.com/qpcZ15jMTr

Medvedev, who won the ATP Finals in London at the end of last year and went unbeaten through Russia’s ATP Cup triumph, needed treatment on his thigh after the match.

He said on court: “I started cramping in my quad. I saw he was cramping also so I tried not to show it. But I couldn’t really move my left leg at the end.

“It was super tough, we had some unbelievable rallies. I think I’m one of the first players to make Andrey tired on court so I’m quite happy about it.

“To play my friend? It’s never easy but we’re all super competitive. It was one of the best matches I’ve played lately. To beat him in three sets without a tie-break, I’m very happy about that.”