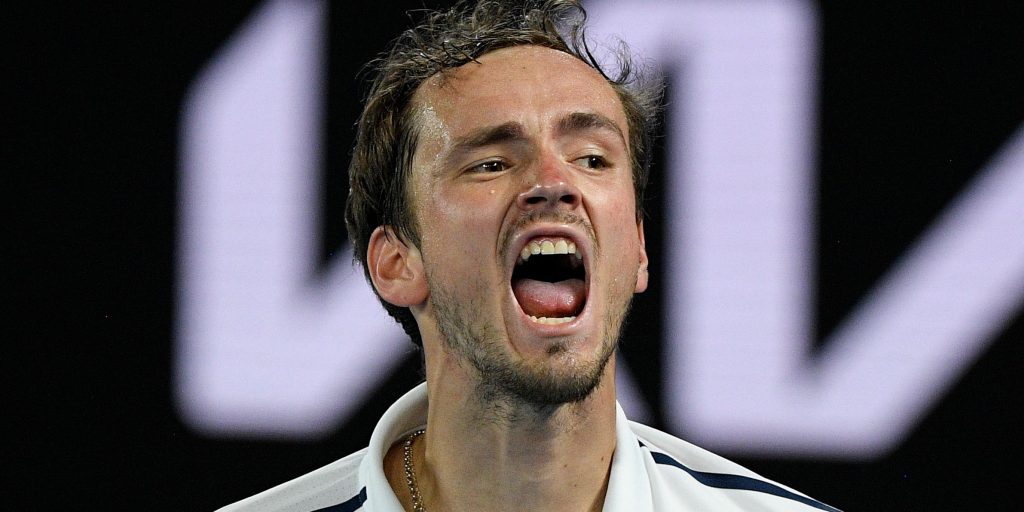 Daniil Medvedev will take on Novak Djokovic for the Australian Open title after beating Stefanos Tsitsipas to reach a second Grand Slam final.

The Russian is on a 20-match winning streak taking in the Paris Masters, ATP Finals and ATP Cup and swept to a 6-4, 6-2, 7-5 victory in two hours and nine minutes at Melbourne Park.

Tsitsipas pulled off the result of the tournament by coming from two sets down to defeat Rafael Nadal in the quarter-finals on Wednesday but the efforts of that and the metronomic excellence of his opponent combined to make this a one-sided match barring a late rally from the fifth seed.

Speaking on court, Medvedev said: “(It was) definitely not easy. (Tsitsipas’) match with Rafa was kind of the same score in the first two sets. Third set Rafa was dominating so I got a little bit scared and tight because it’s the semi-final of aSlam.

“For us it’s not the 50th like for Novak or Roger (Federer) so it was not easy but I’m happy I managed to turn my game on, especially in some tough moments on my serve and really happy to be in the final.

“It’s him (Djokovic) who has all the pressure. I just hope that I’m going to get out there, show my best tennis. He has for sure more experience but more things to lose.”

Fourth seed Medvedev pushed Nadal hard in his previous Grand Slam final at the US Open in 2019, coming from two sets down before losing in five, and he must now do what no tennis player has so far managed by defeating Djokovic in an Australian Open final. 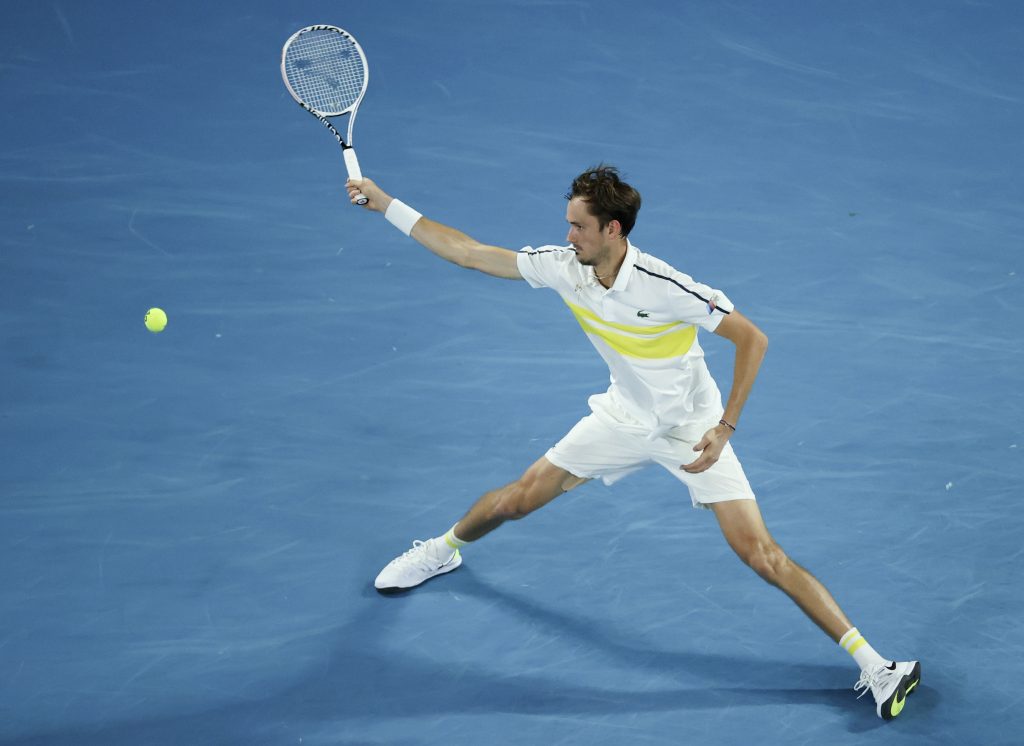 There is certainly an argument to be made that Medvedev is the man to beat, though. Friday’s victory was his 12th in a row against top-10 players – a streak that included a win over Djokovic at the ATP Finals in November.

Barring a blip against Filip Krajinovic in the third round, meanwhile, he has also looked more impressive this tournament, with Djokovic battling to overcome an abdominal injury and fighting through a series of tough matches.

Medvedev was dominant in every category against Tsitsipas, losing just seven points on his first serve, hitting 46 winners compared to 19 for the Greek and dropping serve only once.

Melbourne has a big Greek community and the crowd were hugely in Tsitsipas’ favour but Medvedev ensured they had very little to cheer from the moment he broke for a 3-2 lead in the opening set.

The Russian had won five of his previous six meetings against Tsitsipas and there has been plenty of spice between them, with the Greek calling his opponent’s game boring after one clash in 2019.

Relations have since thawed but Tsitsipas clearly does not enjoy playing Medvedev and he hurled his water bottle to the court in frustration after being broken again in the third game of the second set.

As ball boys and girls with towels cleaned up the mess, Medvedev tried to persuade umpire James Keothavong to give his opponent a warning, but the British official was unmoved.

When Medvedev broke serve again in the opening game of the third set, the match seemed over, but Tsitsipas roused himself to save two more break points in the fifth game, and at last the crowd made themselves heard. 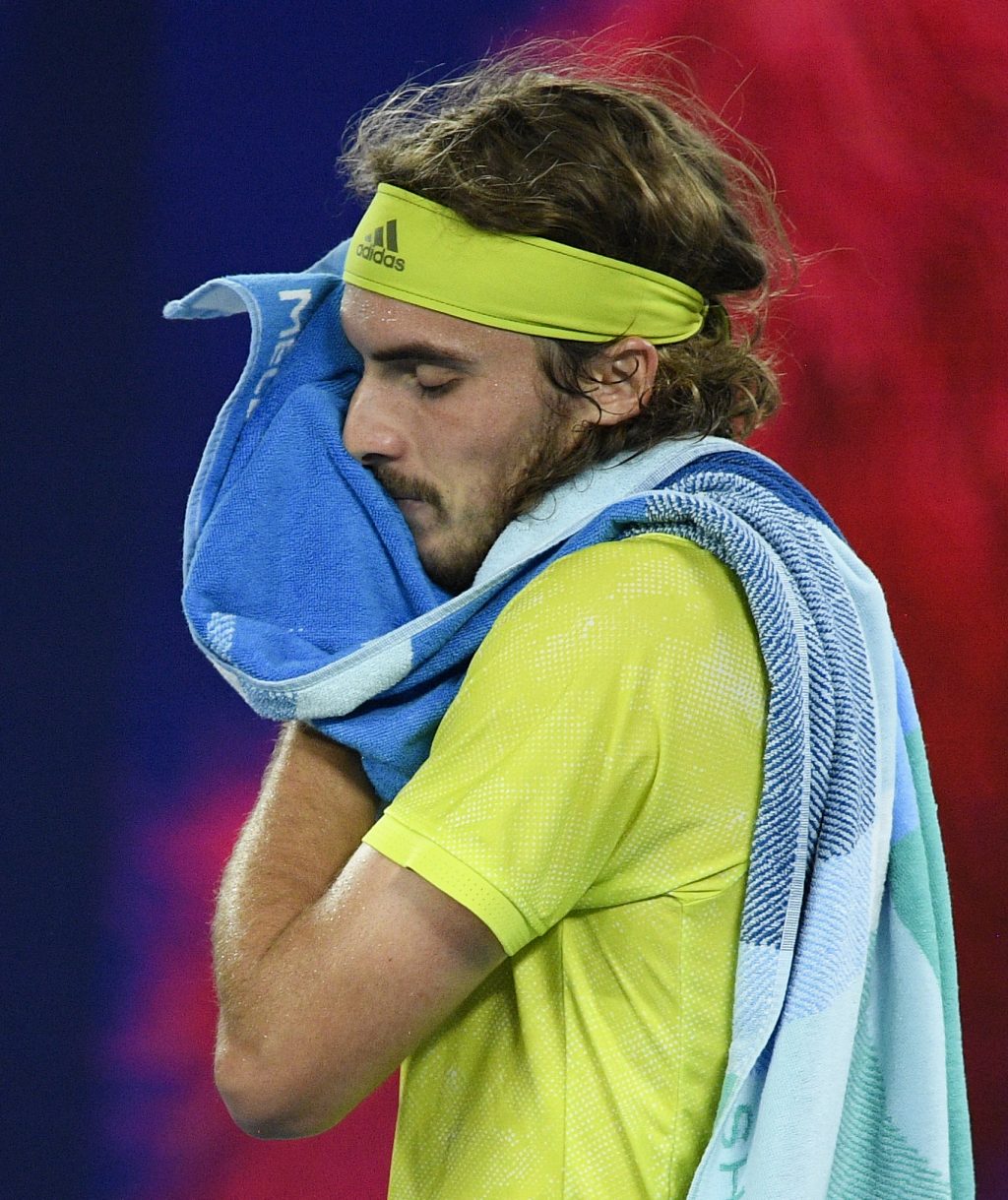 They were positively raucous in the next game when Medvedev, who unwisely allowed himself to become distracted by what he perceived as time-wasting from his opponent, gave Tsitsipas his first break points and the Greek took one.

From being in total control, Medvedev now found himself on the back foot in rallies and fighting to avoid being taken to a fourth set.

But he rediscovered his best form in the 11th game, breaking serve with a stunning backhand pass and then clinching his first match point.