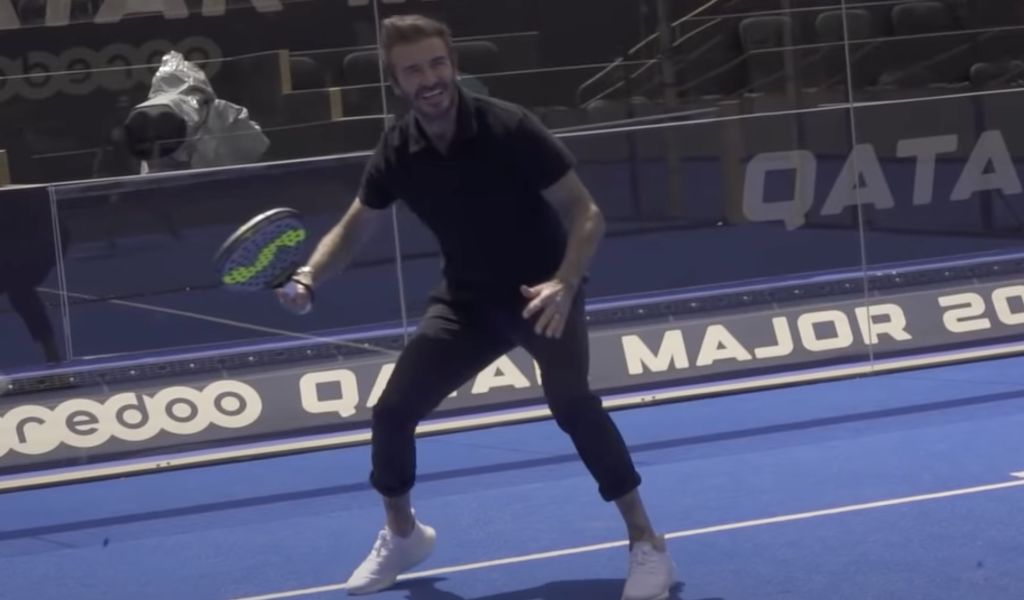 David Beckham has been unveiled as the latest high-profile backer of padel, as the Qatari league that could transform the sport gets underway.

Former England captain Beckham has taken part in a video playing padel, the sport that is expanding at a rapid rate in the UK and around the world.

Some of the biggest names in world sport are embracing padel and there is huge momentum behind a sport that has been described as a cross between tennis and squash, played on a court surrounded by a heavy-duty glass that allows players to hit the ball after it bounces back off the wall.

Now Beckham has revealed he has fallen in love with padel, as he spoke at a launch event in Qatar.

“It’s a sport that I got hooked on very suddenly. I train and have fun at the same time, and doing it in a place like this is fantastic,” the former Real Madrid and Manchester United player told the official Premier Padel channels, among others.

“You can play at any level, whether you’re a child or an adult. It’s growing a lot, even within the clubs I already know many friends and former teammates who are hooked and that’s incredible.”

Meanwhile, it has been confirmed that The French Tennis Federation (FFT) and Premier Padel, the official global padel tour governed by the International Padel Federation (FIP), that Stade Roland-Garros will host the Paris Premier Padel Major from 11th to 17th July 2022, as part of a multi-year agreement.

Taking place at the historic Stade Roland-Garros, where the French Open tennis is played each year, the event will put padel on a huge stage this summer.

“The FFT is proud to write padel history by teaming up with FIP and Premier Padel to organize the Paris Premier Padel Major at Stade Roland-Garros. This will propel padel to a new dimension and boost the French fervor for that discipline, which the FFT is supporting through a multi-lever development plan.”