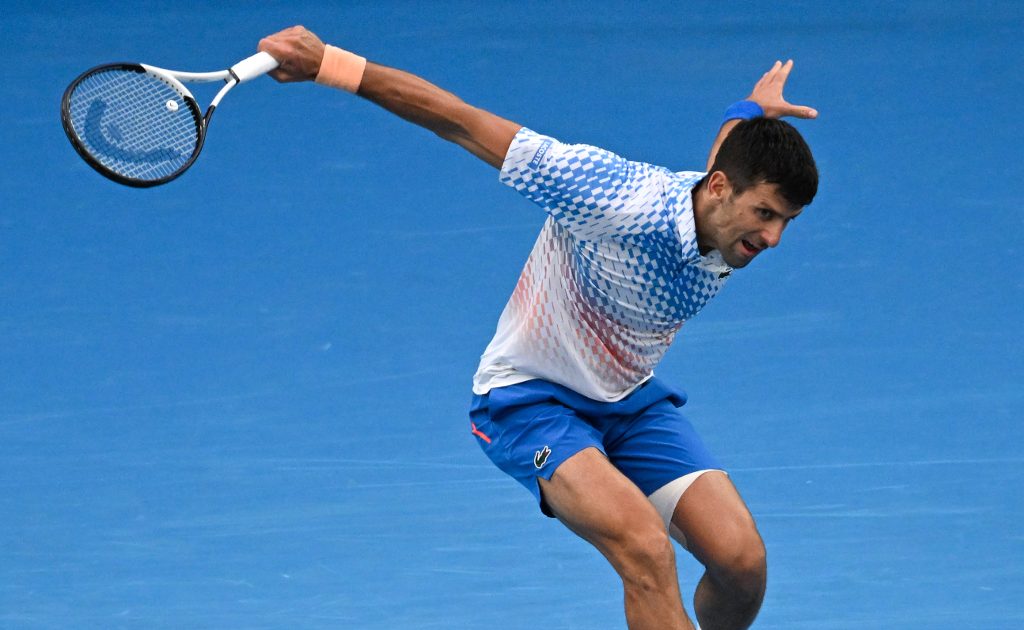 Novak Djokovic was ruthless again in a straight-sets victory over Andrey Rublev to reach a 10th Australian Open semi-final.

There will he face Tommy Paul, who won the battle of the unseeded Americans against 20-year-old Ben Shelton.

In the women’s quarter-finals, fifth seed Aryna Sabalenka maintained her record of not having dropped a set by beating Donna Vekic while unseeded Pole Magda Linette defeated Karolina Pliskova.

School drop off this morning. My 6 year old “daddy don’t give me a kiss and a cuddle anymore when you drop me…just stay in the car.” 😢 tough game. Back to reality!

“Let us give him a big round of applause, to Roger, guys,” Novak Djokovic acknowledges Roger Federer.

WOW!@desiraekrawczyk 🇺🇸 digs out an unbelievable shot to send us to a 10-point match tiebreak!#AusOpen • #AO2023 pic.twitter.com/OswLn4j3Ls

The tournament's second seeds are through to a semifinal 6-1 6-1, defeating the pair of Chan/Yang in just 51 minutes.@wwos• @espn • @eurosport • @wowowtennis • #AusOpen • #AO2023 pic.twitter.com/WjAyJCU3VA

Coco Gauff and Jessica Pegula are making up for their singles disappointment playing together in women’s doubles and are through to the semi-finals.

The incident happened on stairs outside the centre court, Rod Laver Arena, where Rublev was defeated 6-1, 6-2, 6-4.

“Four people in the crowd leaving the stadium revealed inappropriate flags and symbols and threatened security guards,” a spokesperson for organisers Tennis Australia told the newspapers.

“Victoria Police intervened and are continuing to question them. The comfort and safety of everyone is our priority and we work closely with security and authorities.”

Who will play for the #AusOpen title? 🏆 pic.twitter.com/4E57Y9vKOe

The women take centre stage on Thursday, with both semi-finals taking place in the night session.