Teenager Leylah Fernandez after stunning Naomi Osaka at US Open: ‘I knew I was able to win’ 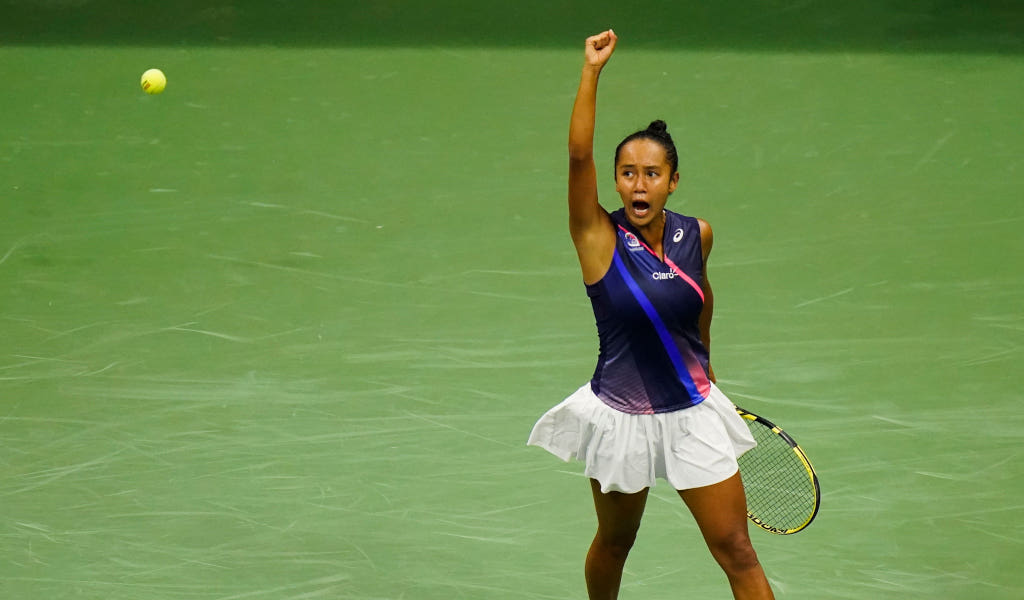 Leylah Fernandez made it a night to remember for the 18-year-olds at the US Open as she dumped out defending champion Naomi Osaka.

Osaka’s game is clearly not back to its best following her recent absence due to mental health, but she served for the match in the second set, only to suffer a 15-minute capitulation that saw Fernandez fight back to win 5-7, 7-6 (7-2), 6-4.

Leylah Fernandez finished off her win with style. 😎 pic.twitter.com/Cxt2VqJBjw

It was the biggest win of the world No 73’s career and one that sets up a fourth-round meeting with 2016 champion Angelique Kerber.

The Japanese was playing her first Grand Slam since pulling out of the French Open and Wimbledon and this defeat will again put the spotlight on her.

She looked in decent fettle for the majority of the match, stealing the first set with a break at 5-5 and then putting herself in position to do the same in the second.

But this time Fernandez broke straight back at 5-6 and that is where the match turned on its head as Osaka lost her way over a defining 15-minute period.

The Canadian raised her level, but Osaka’s radar was off and splurge of unforced errors saw her lose the second-set tiebreak.

That carried over into the early part of the deciding set as Fernandez immediately broke, with Osaka smashing her racket and later receiving a code violation for hitting the ball into the crowd.

What a day to be 18 & on Arthur Ashe Stadium. #USOpen pic.twitter.com/hcMQnIedfx

The Japanese, the 2018 and 2020 champion at Flushing Meadows, regained her composure, but Fernandez was not fazed by the situation and saw out a famous win.

She said during her on-court interview: “I guess I wanted to stay on court a little bit longer and I wanted to put a show on for everyone here, an hour was just not enough for me on court.

“From the beginning right before the match I knew I was able to win.