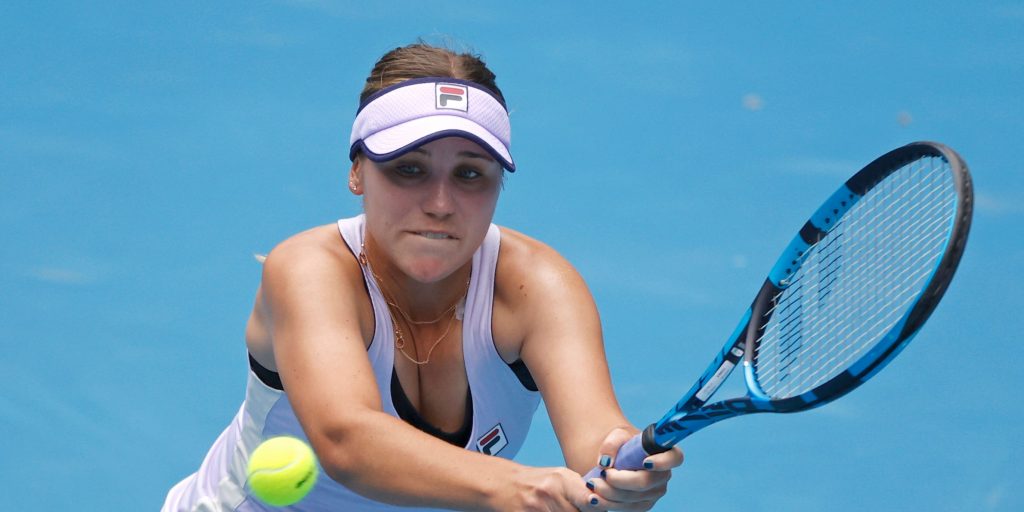 Sofia Kenin allowed nerves to get the better of her after the defence of her Australian Open title ended in the second round.

The American claimed her maiden Grand Slam title at last year’s event, but there is to be no repeat as she was dumped out 6-3, 6-2 by world No 65 Kaia Kanepi.

Kenin, who was close to tears in her press conference after the game, admitted she struggled to handle the pressure of being the defending champion.

“I obviously felt like I couldn’t find my rhythm. I was obviously way too nervous,” she said.

What a performance 😱@KanepiKaia defeats Kenin 6-3 6-2 in just 64 minutes to continue a hot start to the summer for the Estonian 🇪🇪#AusOpen | #AO2021 pic.twitter.com/ZFuidJnVZC

“I guess it’s like the outside pressure. But I felt really nervous. I haven’t felt my game for I don’t know how long, but I haven’t really felt my game so well, even in my first round.

“I feel like everyone was always asking me, ‘Would you want to? Do you see yourself getting there and winning again?’ Obviously I said yes.

“I know I couldn’t really handle the pressure. I’m not obviously used to this, so right now I just got to figure out how to play at that level that I played at.”

Kenin’s exit opens up that half of the draw for world No 1 Ashleigh Barty, who ended up making hard work of her all-Australian affair with Daria Gavrilova.

Barty looked on course for a comfortable win on the Rod Laver Arena as she was serving for that match at 6-1 5-2 before a Gavrilova comeback, where she broke serve twice, saw her take the second set to tiebreak.

Barty, who has had the best part of a year off after opting not to travel during the coronavirus pandemic, survived set points to eventually win 6-1, 7-6 (9-7).

The 24-year-old is not allowing Kenin’s defeat to enter her mind.

“Doesn’t affect me whatsoever,” she said. “I’ve just been playing my own match and controlling what I can control from my end. Without even being aware that she was playing today, no disrespect to anyone, but I don’t look much at the schedule except for when I’m scheduled to play.”

Barty was seen wearing heavy strapping on her left leg, but says there are no concerns.

“The bandage is very big, but that’s more just support so that the tape itself doesn’t fall off,” she added. “It’s not a very subtle tape job, you often see it on a lot of the girls. The guys can hide it beneath their shorts a little bit better.

“I played a lot of matches in the last 10 days after not playing for 12 months, which is natural. It’s more of an assistance than anything else.”

Sixth seed Karolina Pliskova could be one to watch after she beat Danielle Collins 7-5, 6-2 while 11th seed Belinda Bencic needed three sets to get past Sveltlana Kuznetsova.