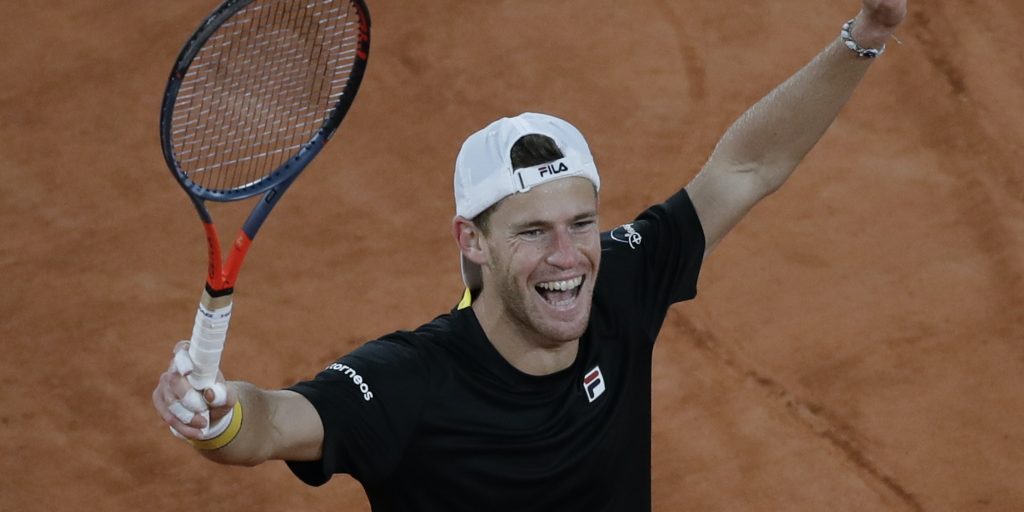 Dominic Thiem’s bid for French Open glory came to an end after an epic five-setter against Diego Schwartzman as No 2 seed Rafael Nadal breezed past Jannik Sinner under the floodlights at Roland Garros.

Austrian Thiem, who won the US Open just 23 days ago, finally wilted in the deciding set in a match of extraordinary quality.

Schwartzman said: “Dominic is one of the best players right now in the world.

“He won the last Grand Slam, he is a two-time finalist here, and I have a lot of respect for him.

“That’s why this match is very important for me. I played a few five-setters here and I never won. I think at the end this night I deserved to win.”

Sinner, currently ranked 75 in the world, pushed Nadal in the opening set, breaking to lead 6-5 before the Spaniard – chasing a 13th Roland Garros crown and what would be a record-equalling 20 Grand Slam trophies – recovered to force the tie-break, which he took 7/4.

The Italian bounced back in the second to race out to a 3-1 lead, however Nadal relied on his veteran experience to clamber his way back and take the set before running away with it in the third.

The result sets up a mouth-watering semi-final matchup between Nadal and Schwartzman.

Earlier, in the men’s doubles, British duo Jamie Murray and Neal Skupski missed out on a place in the semi-finals.

The 13th seeds were beaten 6-4, 6-4 by German pair Andreas Mies and Kevin Krawietz, the defending champions.