‘I think at the end I deserved to win,’ says Diego Schwartzman after five-hour tussle with Dominic Thiem 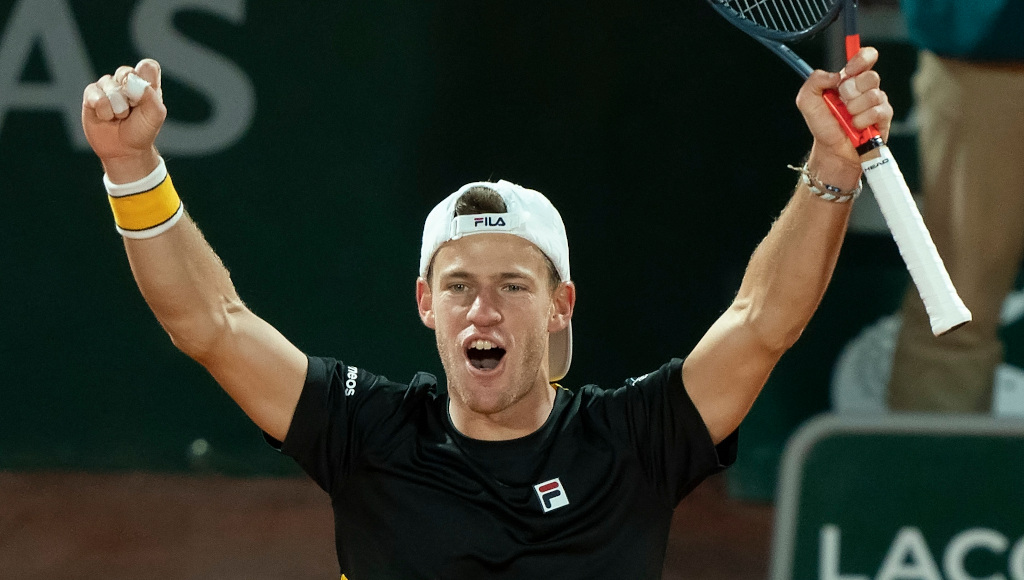 Dominic Thiem’s bid for French Open glory came to an and after an epic five-setter against Diego Schwartzman.

The Austrian, who won the US Open just 23 days ago, finally wilted in the deciding set in a match of extraordinary quality.

Schwartzman made it a double celebration for Argentina, following Nadia Podoroska’s shock win over another third seed, Elina Svitolina, by reaching his first Grand Slam semi-final.

Schwartzman said: “Dominic is one of the best players right now in the world.

“He won the last Grand Slam, he is a two-time finalist here, and I have a lot of respect for him.

“That’s why this match is very important for me. I played a few five-setters here and I never won. I think at the end this night I deserved to win.”

After two gruelling sets were shared the third, which featured eight breaks of serve, felt pivotal.

Schwartzman squandered a set point on the Thiem serve with a forehand which floated long, was promptly broken in the next, but then hit back to take it to a tie-break.

An outrageous drop shot from the baseline which flopped almost apologetically over the net brought up two set points for Thiem.

Battling Schwartzman saved both, but Thiem dispatched a third with an overhead to take the lead for the first time in the match.

Yet Schwartzman forged ahead in the fourth and had three set points on his own serve, only for Thiem to save the lot – including one with a scarcely believable forehand pass on the run – to take it to 5-5.

However, Schwartzman took the subsequent tie-break and, amidst a superhuman effort from both players, the 28-year-old from Buenos Aires had more left in the tank in the decider.

In the men’s doubles British duo Jamie Murray and Neal Skupski missed out on a place in the semi-finals.

The 13th seeds were beaten 6-4, 6-4 by German pair Andreas Mies and Kevin Krawietz, the defending champions.