‘Everyone just wants their hands on this trophy,’ says Dominic Thiem about young guns left at US Open 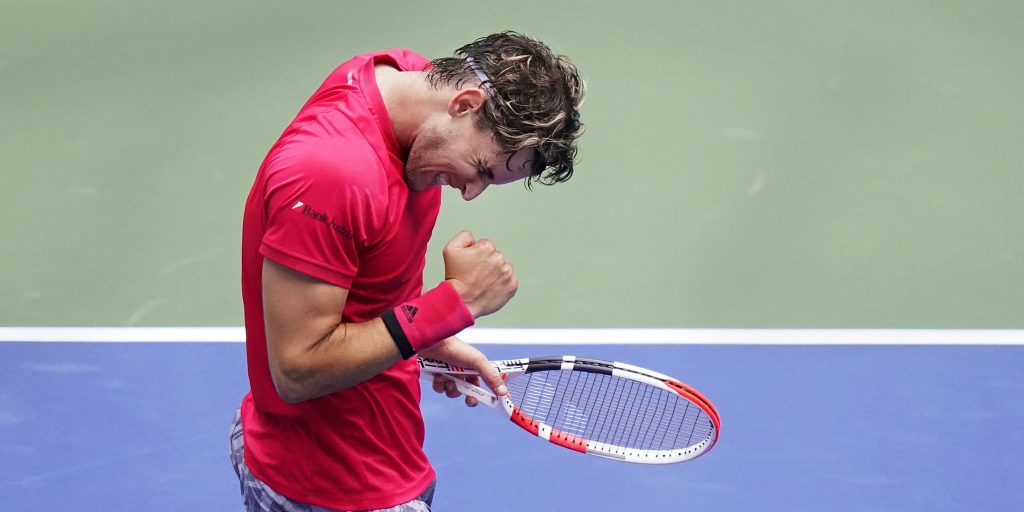 Second seed Dominic Thiem laid down a marker with a crushing win over Felix Auger-Aliassime in the fourth round of the US Open.

The Austrian is the highest-ranked player left in a men’s draw that has taken on a completely different complexion following the disqualification of Novak Djokovic.

Thiem will feel it is his time after three losing appearances in Grand Slam finals, most recently at the Australian Open in January, when he very nearly defeated Djokovic.

Dominic Thiem is looking to complete the dream in Queens. 🗽 pic.twitter.com/WlNVKQvolo

This time there are no all-time greats left to block the way for the younger guys, and Thiem was in brutal form in a 7-6 (7-4), 6-1, 6-1 victory against 20-year-old Auger-Aliassime, for whom this has been a breakthrough slam.

Asked what difference the absence of Djokovic makes, Thiem said: “For myself, and I think for the other remaining players left in the draw, it doesn’t matter at all if the big three are here or not. I think everyone just wants their hands on this trophy.”

What is certain is there will be a new male Slam singles champion for the first time in six years and, crucially for the future, a first Slam winner born in the 1990s.

All eight quarter-finalists, meanwhile, will be aged under 30 for the first time at a Slam in more than five years.

De Minaur saved four set points in the opening-set tie-break, recovering from 2-6 before pulling away and will now take on Thiem.

“I’m obviously very happy,” he said. “At the end of the day, this is where I want to be, and this is where I truly believe I belong, second weeks of slams and going deep. I’m happy I’m finally at this stage.”

De Minaur is known as one of the fastest and fittest players on tour, but he said with a smile: “If I could definitely blast people off the court then, trust me, I would rather do that. This running thing gets tiring, that’s for sure.

“Look, I’ve got to deal with what God gave me. He didn’t give me the best physique, I’m not as strong or as tall as other people so I have to find ways to win. That’s the way I win.