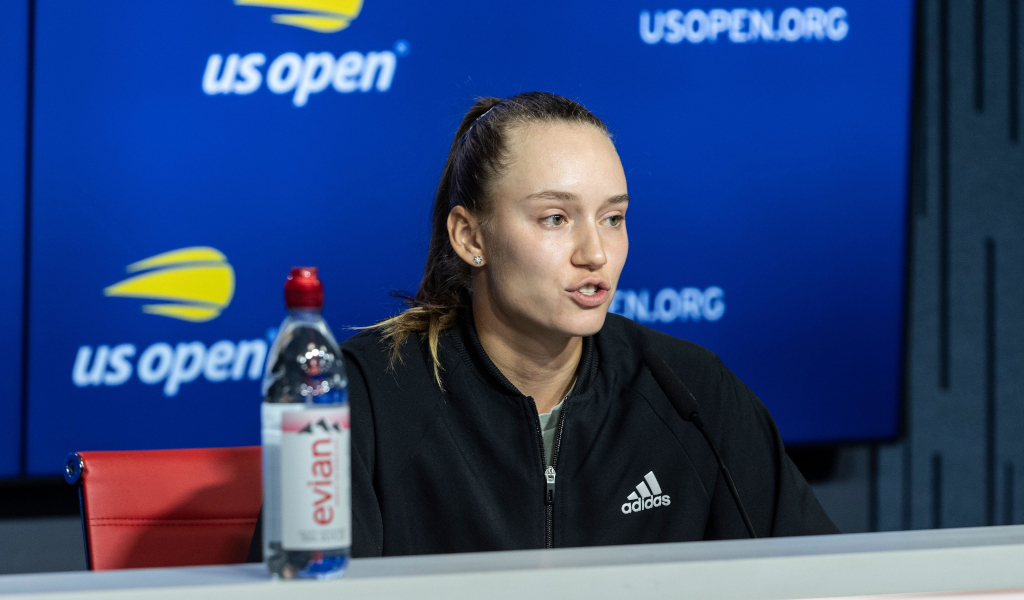 Winning Wimbledon was a dream come true for Elena Rybakina, but the experience has not exactly been a pleasant so far and her mood is unlikely to change after she exited the US Open in the first round.

Although born in Russia, Rybakina stunned the tennis world when she became the first Kazakh player to win a Grand Slam as she enjoyed a magical run at SW19, defeating Ons Jabeur in the final.

But she has struggled to replicate that success on the WTA Tour since that match, losing in the first round at the Silicon Valley Classic, the second round of the Canadian Open and the quarter-final of the Western & Southern Open.

On Tuesday she made a first-round exit from the season-ending Grand Slam at Flushing Meadows, going down 6-4, 6-4 against French qualifier Clara Burel. World No 131 Burel broke twice in the first set and once in the second for the biggest win of her career.

Some of her unhappiness stems from losing out on ranking points after the WTA stripped Wimbledon of points following the All England Club’s decision to ban Russian and Belarusian players from competing due to Russia’s invasion of the Ukraine.

The 23-year-old, who has been playing for Kazakhstan since 2018, was ranked No 23 before Wimbledon, but she didn’t pick up the 2,000 points awarded to the champion and found herself seeded 25th at Flushing Meadows.

Another letdown has been with regards to scheduling as she has found herself playing on outside courts despite being the Wimbledon champion.

She was forced to play on Court 12 at Flushing Meadows, not exactly something you expect to happen to a reigning Grand Slam winner.

Feel for Rybakina. Won the biggest tournament in the world, didn’t get rewarded in terms of ranking and played in the parking lot of every tournament since. Struggling.

But the current Wimbledon champ playing her first match of the next Slam on Court 12 doesn’t feel right.

Ahead of the tournament Rybakina took aim at the “weak leadership” and she is unlikely to change her opinion after the latest fiasco.

“Not to offend anyone, I think there is much more going on to talk about and more things to improve, in the tour. Balls are something we should talk about, but this is not the main topic, in my opinion,” she said.

“Everything was new for me after Wimbledon. Looking back for these few weeks, I played already tournaments, I would say it was great achievement for me. I’m super proud of my team, of course.

“Experience-wise I would say it was not the greatest. I think this is the problem of the structure of the tour. Honestly, a bit weak leadership because we have so many things going on. It was my dream to win Wimbledon. It’s [a] pity. I feel like actually I’m not the Wimbledon champion.

“It takes time to realise, but when you’re going from tournament to tournament, this is how you feel in the end of the day. Yeah, of course, it’s everything around. It’s [the] points situation. I don’t think that it’s fair.

“Of course, we cannot change it. It was a decision before, no one saying about this. Knowing that as of today I will be No 2 on the race and I’m not able to play the race, I don’t think it’s fair. I’m talking not only about myself, but just generally I think with all the decisions, many players are paying for all these decisions.”

Rybakina would have been comfortably in the top 10 had she picked up points at Wimbledon and she is now likely to slip further down the WTA Rankings following her early exit from the US Open.