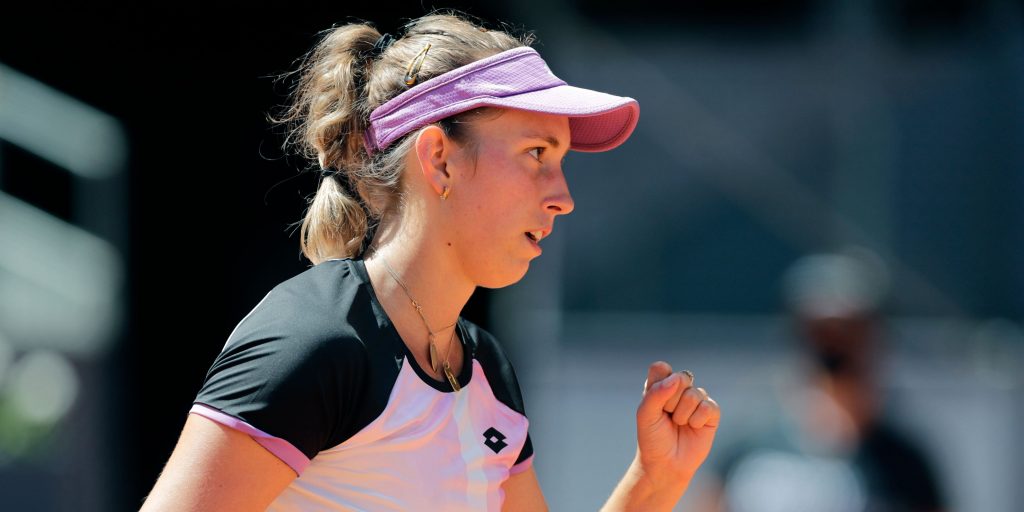 Elise Mertens knocked out two-time Madrid Open champion Simona Halep in the third round in the Spanish capital.

Third seed Halep won the title at the Caja Magica in 2016 and 2017 and was a finalist again the last time the tournament was held in 2019 but she was eventually worn down by the dogged defence of Mertens.

The Belgian was a set down and appeared to be on the back foot in both the second and third sets but eventually battled to a 4-6, 7-5, 7-5 victory after two hours and 34 minutes.

A first #MMOPEN quarterfinal for the Belgian!

🇧🇪 @elise_mertens comes from a set down to upset the two-time Madrid champion 👏 pic.twitter.com/QVP2P5dVVX

Halep said: “She played really well, and she definitely deserved to win because she was stronger in the end. I cannot say I played bad, but I did some mistakes, important mistakes. Sometimes it’s just a little bit and the match is going away.”

In the quarter-finals, Mertens will play fifth seed Aryna Sabalenka, who eased to a 6-1, 6-2 victory over Jessica Pegula.

The Czech, who reached the last four at the All England Club in 2019 and won the women’s doubles title with Hsieh Su-wei, is pregnant with her first child.

Strycova wrote on social media: “Some moments in life just can’t be planned and I am super excited for my next life role as a mom. It doesn’t mean that I will accept that fact that I didn’t play my last match in front of an audience. Once it’s possible, I will play one last match.. in front of you. To say proper goodbye.”

The 35-year-old’s last appearance was at the Australian Open in February, where she lost in the first round of the singles and the second round of the doubles.