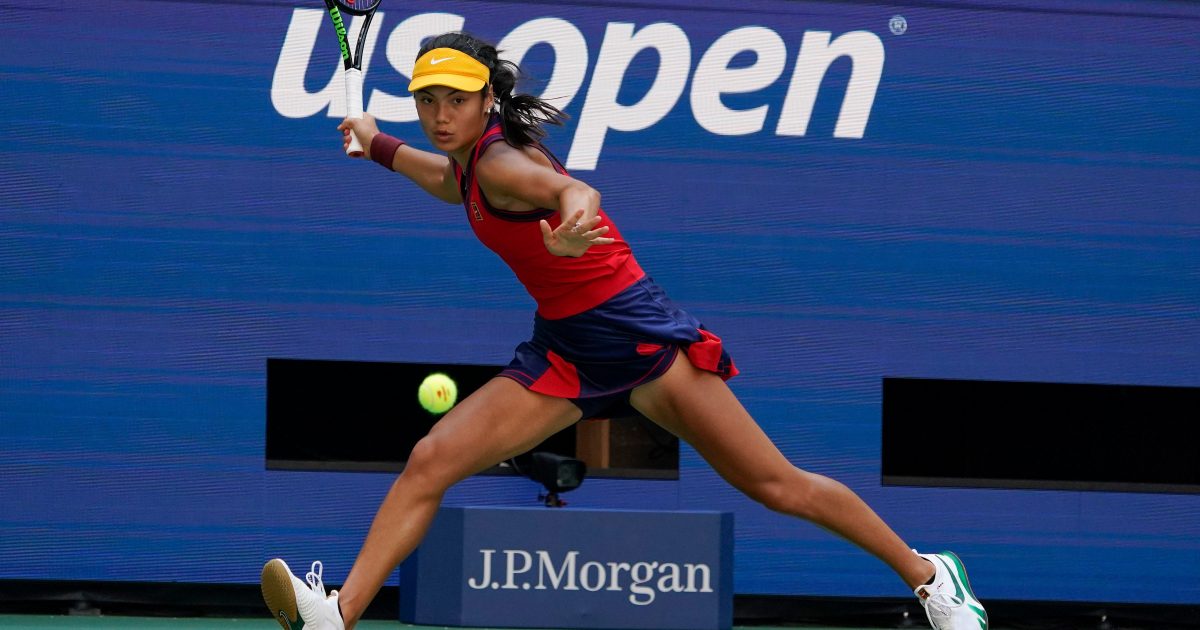 Emma Raducanu has been tipped to transcend tennis and further propel the rapid rise of women’s sport in the UK.

Raducanu has made US Open history by becoming the first ever qualifier – male or female – to reach the semi-finals at Flushing Meadows.

The 18-year-old defeated 11th seed and Olympic champion Belinda Bencic 6-3 6-4 to sweep into the last four in New York, trumping even reaching the fourth round at Wimbledon in July.

“The rise of women’s sport in this country has been terrific, we saw that with the Solheim Cup, it really caught the imagination,” Martin told the PA news agency.

“Tennis is obviously not just about two weeks of Wimbledon, it’s about how can somebody transcend the sport for 52 weeks of the year. And I think she’s got that opportunity.

“Women’s sport generally is seeing such a rise. Commercially everything is changing, and an individual like Emma coming through can be highly aspirational to a younger audience, which can be quite elusive.

“So then it becomes about her lifestyle, what is she like fashion-wise, how does she train to be successful.

“The biggest trends we are seeing explode are around health, well-being and fitness.

“A lot of young people find it aspirational to be fit and healthy, but it needs major figures to be a draw for them, be an aspiration to them. And she can be exactly that.

“I think she’s going to be really interesting telling her story of how she prepares, how she trains, how she looks after herself, what she eats, what she likes fashion-wise.

“She’s young and dynamic, and that’s where it just keeps the momentum going on the whole rise of women’s sport across the country. And she could become the Trojan Horse of that.

“Let’s hope this is the start of something enduring. Her athletic and physical ability is pretty impressive, especially for 18 years of age.

“She’s got to this stage at 18, so where could she get to? It’s the sum of the parts, with the rise of women’s sport too, that’s so exciting.

“She’s another person to add to that, and we should be celebrating her and supporting her.”

Raducanu has already secured prize money of 675,000 USdollars for reaching the semi-finals.

Major commercial endorsements might still be some time away, but Martin is confident such opportunities will be available should her career continue to flourish.

“It’s great to see somebody playing with a smile on their face,” said Martin.

“That’s the vibrancy of youth, and she’s got that in spades. Wimbledon shot her to fame but it’s been great to see that that wasn’t a one off.

“She’s been really refreshing and that’s why she can be set up for a great career on the court, but a great commercial career off it too.

“In tennis you have to be in the top 20 or 30 to make a real dent, commercially it drops off hugely when you go outside the top 50.

“She already has tennis deals in place, but where it would start making much broader commercial impact would be other brands driving her as a household name.

“But that doesn’t just happen because of one tournament, that’s about sustainability of a career, and that would lead to four to five-year deals.”