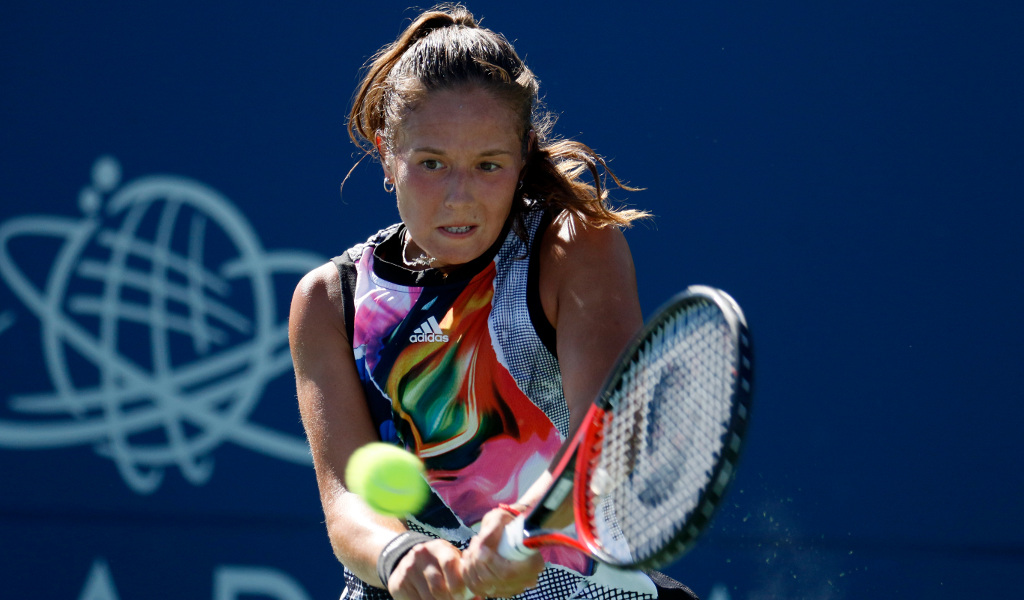 Emma Raducanu suffered defeat to fifth seed Daria Kasatkina in her opening match at the Agel Open in Ostrava.

There was no sign of any strapping after Raducanu withdrew during her semi-final against Jelena Ostapenko in Korea a week and a half ago with another muscle injury.

And the British number one produced some good moments against her Russian opponent, ranked 11th in the world and one of the game’s best defenders, but she paid for too many errors in a 7-5 6-4 defeat.

Raducanu recovered from a loose start to lead 3-2 in the first set, and looked to be the one applying more pressure until Kasatkina broke through to lead 5-4.

Raducanu responded well with a break of her own only to drop serve again, and this time Kasatkina – who has been the most outspoken Russian player against the invasion of Ukraine – clinched the set.

The second set was again tight but Raducanu snatched at several shots in a poor service game to drop serve at 2-2, and was unable to get back on level terms.

Kasatkina notched her first competitive victory in over a month as a result of her win.

The Russian’s last win came on 27 August when she defeated Daria Saville to win the title at the Championnats Banque Nationale de Granby in Granby, Canada.

Two days later, she was downed in Round 1 of the US Open by Raducanu’s fellow Brit Harriet Dart in three sets, and Tuesday’s match was the World No.11’s first competitive match action since then.

“This tournament is so tough, when you see the list of the players playing here,” Kasatkina said. “Whoever you’ve got is a very tough opponent, so you have to be really focused and be ready from the first point, the first match, the first game. I’m happy with my performance today and really excited for the next one.”

Kasatkina’s efforts at Ostrava this week could prove crucial for her efforts to qualify for the season-ending championships.

However, Kasatkina insists she’s not letting the numbers game get in her head.

There was better news for British number two Harriet Dart, who was a 6-2 6-4 winner against Spain’s Nuria Parrizas Diaz at the Jasmin Open in Monastir, Tunisia.

“I used to, but now I realized that it’s taking too much energy, so I just let it go!”