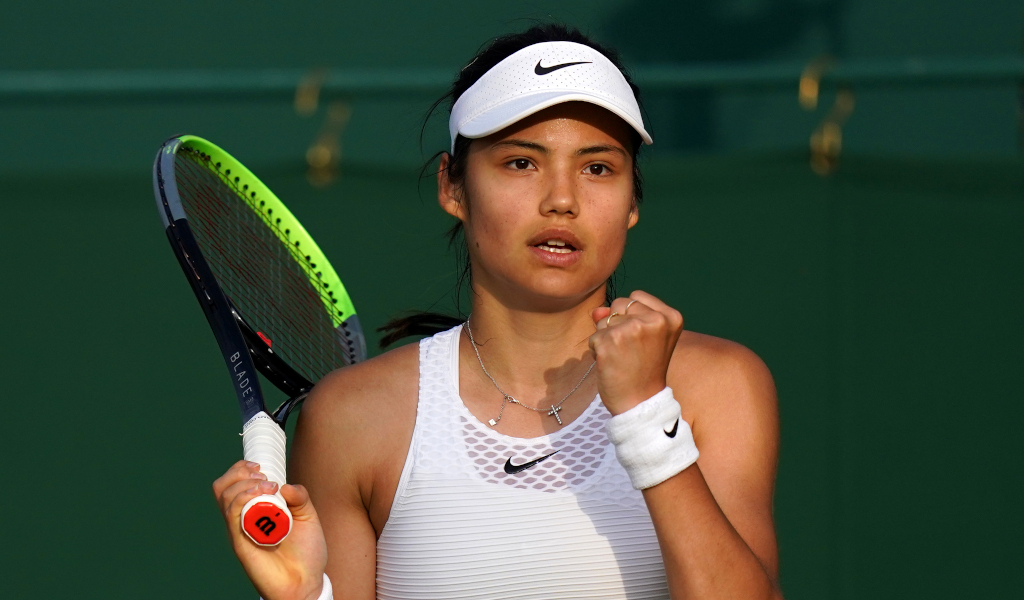 Emma Raducanu’s Wimbledon fairytale continued with a history-making victory over world number 45 Sorana Cirstea on Court One that sent her into the last 16.

The 18-year-old has quickly become the story of the Championships, having only played one WTA Tour level match before this tournament, but she showed she belongs on the big stage with a 6-3, 7-5 victory.

The moment @EmmaRaducanu became the youngest British woman to reach the fourth round at #Wimbledon in the Open era 👏 🇬🇧 pic.twitter.com/SUxODx6VIo

Raducanu, who is waiting for her A-Level results, passed this particular test in fine style, with a run of eight successive games laying the foundations of a memorable afternoon.

As well as a sparkling attacking display, where she hit 30 winners, she also showed fighting spirit and tenacity in the second set, claiming the win on her third match point.

She becomes the youngest British woman into the fourth round of SW19 in the Open Era and surely a Centre Court date with Ajla Tomljanovic on Monday awaits.