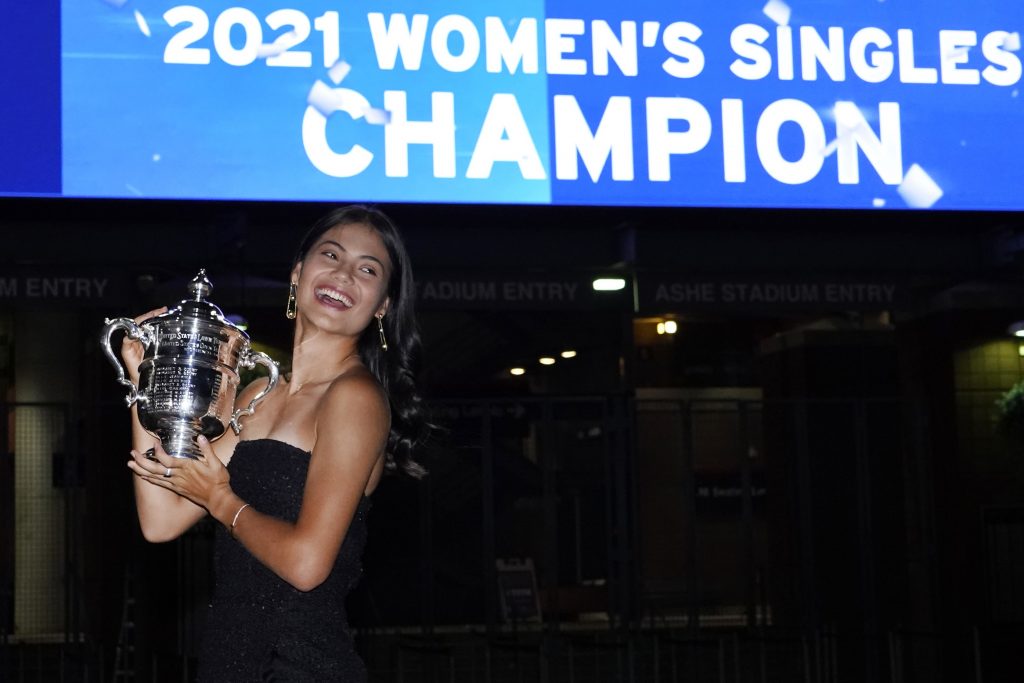 US Open champion Emma Raducanu has enjoyed a welcome rankings boost, without even striking a ball in anger – and a place in the top ten of the WTA list could be hers in double-quick time.

Raducanu made a dramatic leap up the WTA ranking charts after her remarkable win at the US Open, as she came through qualifying and won 20 straight sets en-route to an historic title win.

That run took Raducanu from a ranking of 150 in the world and up to 23, ensuring she will be granted automatic entry into all the big WTA events for the foreseeable future.

Now a dip in ranking from Czech Republic star Karolina Muchova has seen her ranking drop to No.25, with Raducanu among those reaping the rewards as she leaped up a place to No.22.

Meanwhile, it has been confirmed that Raducanu has pulled out of the Chicago Fall Tennis Classic, which is set to get underway next week.

The tournament would have marked her first appearance on the court since beating Leylah Fernandez to secure the US Open title, but she has opted to delay her return to action.

Raducanu’s boosted ranking means she can now look forward to a debut appearance at the WTA Indian Wells event in early October, which will give her a chance to claim additional ranking points and break into the world’s top 20.

The way the ranking system works means Raducanu could make rapid leaps towards the top ten of the women’s ranking list, as she will have limited points to defend from the first half of 2021 and can make big strides forward as she plays in events that offer big rankings points for the first time in the coming months.