Emma Raducanu pleased to be part of next generation of top players, but enjoying her own journey 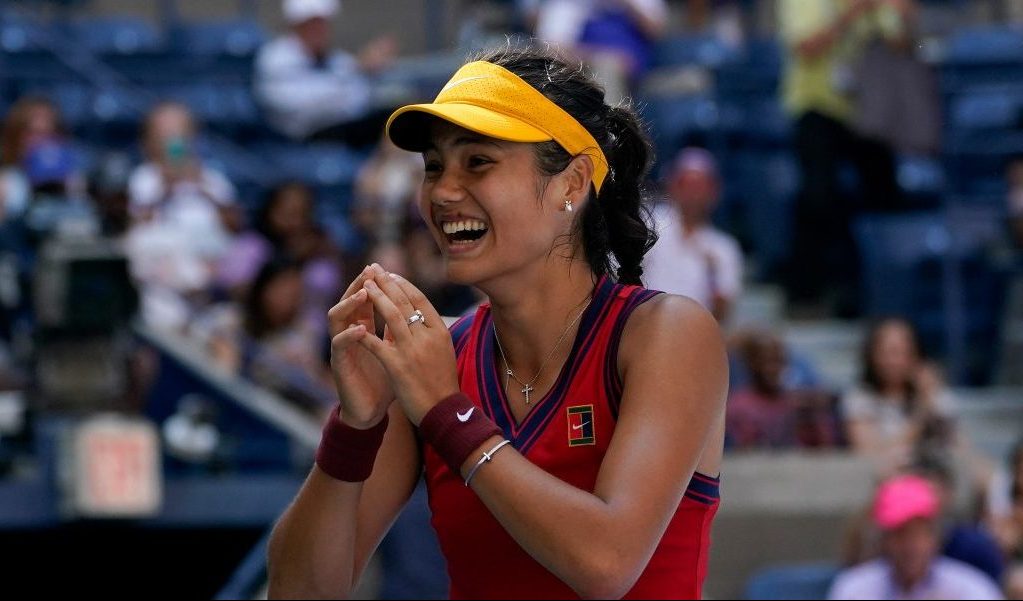 Emma Raducanu said the “next generation” of women’s tennis was showing its strength after beating Belinda Bencic to reach the US Open semi-finals.

Raducanu ensured her fairytale run at Flushing Meadows continued with a 6-3, 6-4 victory over Olympic champion Bencic and has yet to drop a set.

The teenager from Kent became the first qualifier in US Open history to reach the last four, while 19-year-old Canadian Leylah Fernandez had already booked her semi-final place.

The summer of dreams continues for @EmmaRaducanu 💫

The 18-year-old advanced to the semifinals of a major for the first time, defeating Bencic 6-3, 6-4.

After the match, Raducanu told Amazon Prime: “To have so many young players here doing so well, it just shows how strong the next generation is and Leylah is doing incredibly well.

“She’s really nice. She was passing out cupcakes for her 19th birthday yesterday. Everyone is on their trajectory, so I’m just here taking care of what I can control and it’s my own journey at the end of the day.”

Raducanu, ranked 361st in the world when she burst onto the scene at Wimbledon earlier this summer, broke 11th seed Bencic twice in the first set and once in the second and made few unforced errors.

The British teenager has not lost a set in a total of eight matches at Flushing Meadows – including three qualifying matches – in only her second Grand Slam event and expectations of her winning the tournament have cranked up another level. 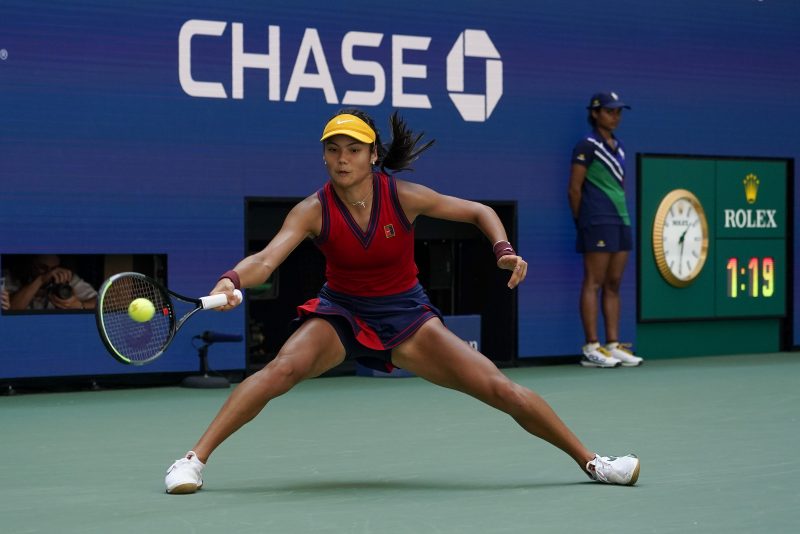 Raducanu added: “Of course, playing Belinda, she is such a great opponent and is in great form, she hits the ball so hard, I had to adjust and adapt and it was a really tough match. I am so happy to come through and thank you so much for all your support today.

“I have an absolutely amazing team and I have a team back home who could not be here – I am sure they are watching…I hope!

“Thank you so much everyone, I wish you could be here with me but everything we have been working for has shown here.

“It was 0-30 in my last couple of service games so to hold was pretty big, it was one point at a time and trying to focus on what I can control – Belinda was going to fight to the end but I am really pleased to come through that.”

Raducanu made a tentative start, losing her opening service game and falling 2-0 behind, but she held her nerve and broke back in the sixth game to draw level at 3-3.

She then played her best game, on serve, to go in front for the first time at 4-3 and began to find her range and rhythm.

A superb forehand winner gave Raducanu another break point in the eighth game and she clinched it with the help of a net-cord in the next rally.

Bencic, the 11th seed, found herself under increasing pressure as Raducanu closed in on the first set and the Brit held serve to take a one-set lead.

Raducanu spurned a chance for two break points in Bencic’s opening service game in the second set as the Swiss produced a brilliant backhand pass and then took the next two points to hold.

Bencic then fashioned two break points of her own in her bid to wrestle back the initiative, but Raducanu stubbornly refused to be broken.

That feeling when you make history 🤯@EmmaRaducanu becomes the first qualifier EVER to reach the #USOpen semifinals! pic.twitter.com/HiNeSTQSiY

The Olympic gold medallist, who had won 13 of her 14 previous matches heading into the last-eight clash, comfortably held to love to edge 2-1 in front.

Raducanu levelled it up after hitting her fourth ace on a crucial point at 30-30 after two forehand winners from Bencic had put her in the ascendancy.

The Brit then cranked it up as a brilliant forehand return gave her two break points and she sealed her third break of the match as Bencic buckled with a double fault.

Bencic was up against a wall and a net-cord took her forehand out as she trailed 40-15 on Raducanu’s serve, to give the teenager a 4-2 lead.

Another double fault from Bencic in her next service game gave Raducanu break point, but the Swiss hit back with three quality winners to hold and trail 4-3.

Raducanu was 30-0 down on her next service game but, with the aid of four straight errors from her opponent, moved 5-3 ahead and edged closer to the finish line. 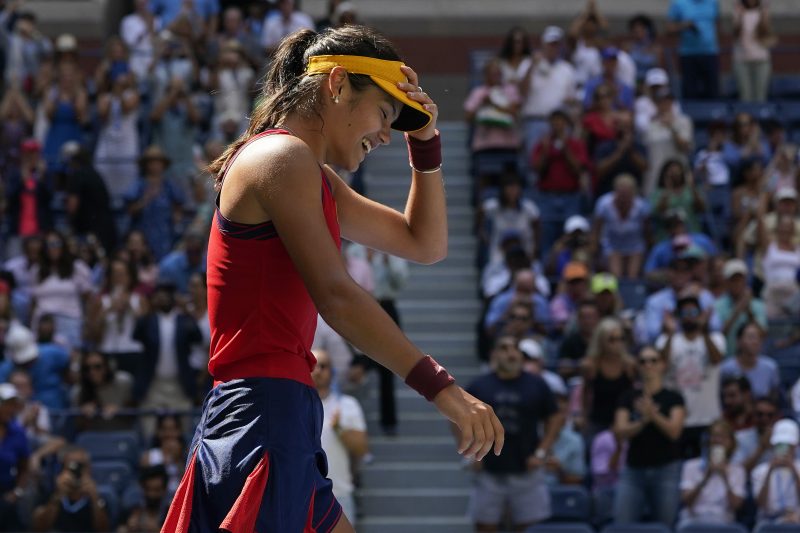 Bencic produced an ace to hold serve and keep her hopes alive at 5-4, with one more chance to break Raducanu, who served for the match.

Raducanu then double-faulted to trail 0-30, but won the next two points and delivered an ace to give her match point.

Bencic then hit a forehand into the net as Raducanu secured a semi-final clash against either fourth seed Karolina Pliskova or Greece’s Maria Sakkari.