Tennis365 drops in on the LTA’s Emma Raducanu Trophy Tour 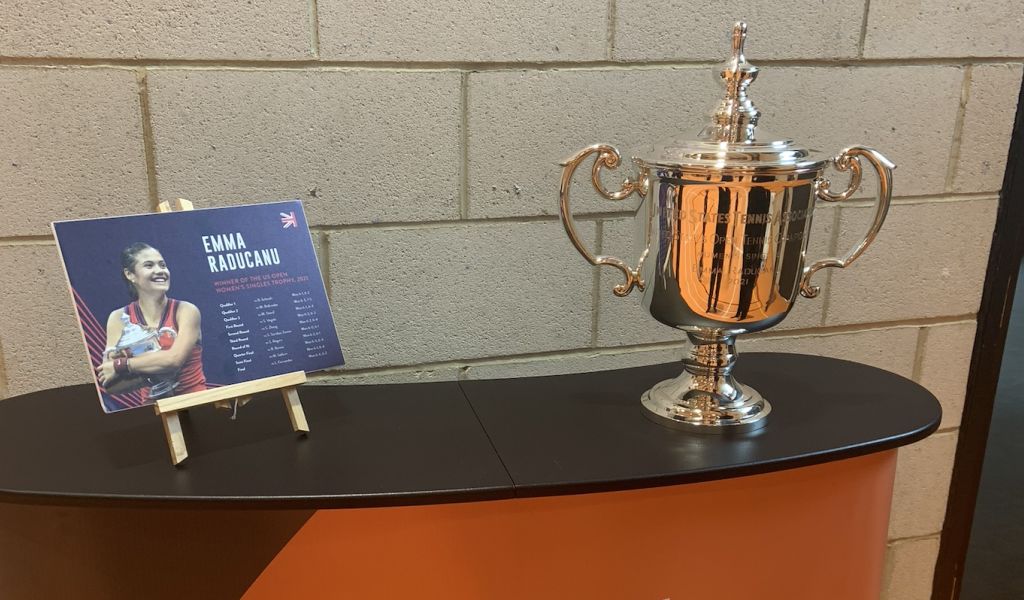 She inspired a new generation of tennis hopefuls with her US Open win last September and now Emma Raducanu is taking her success to schools around Britain.

The teenager stunned the tennis world with her remarkable win in New York last year, with the story that captured the hearts of so many creating a huge surge of interest in the sport among youngsters.

Now the LTA, the governing body of British tennis, and Raducanu have teamed up to take her US Open trophy around schools in Britain, with Tennis365 attending the event at Waverley School in Birmingham on Wednesday.

The pupils were treated to a special video from Raducanu and were then put through their paces with an LTA Youth session, with the presence of a BBC TV crew adding to the excitement for children as they got a small taste of the media spotlight the British No.1 has had to get used to over the last year.

“I’m really excited to be teaming up with the LTA to take my US Open trophy on a tour of the country,” said Raducanu. “All the schools we are taking the trophy to have played tennis as part of the LTA Youth Schools programme and my hope is that the trophy will inspire them to continue their tennis journey both inside and outside of school.”

The Trophy Tour, which is a highlight of the LTA’s wider plans to grow tennis, supports LTA Youth, an innovative junior programme aimed to help more children aged 4-18 enjoy tennis.

The school element of the programme is delivered in Primary and Secondary Schools right across the country and offers free teacher training and content that has been specifically created to help address the nation’s challenge of declining physical literacy and activity among children.

“Emma’s achievement in New York last September inspired so many people from all parts of our community and we are delighted to take her trophy to young people around the country,” said LTA CEO, Scott Lloyd.

“Our vision is to open tennis up – and by sending the Trophy to schools across Britain, our hope is that more children will pick up a racket and try our sport for the first time.”

The Emma Raducanu Trophy Tour includes stops in Wales and Scotland before the US Open trophy will return to its temporary home at the National Tennis Centre.

Raducanu is not on the tour herself, as she looks to recover from a back injury in time to play at the French Open and the British grass court season.