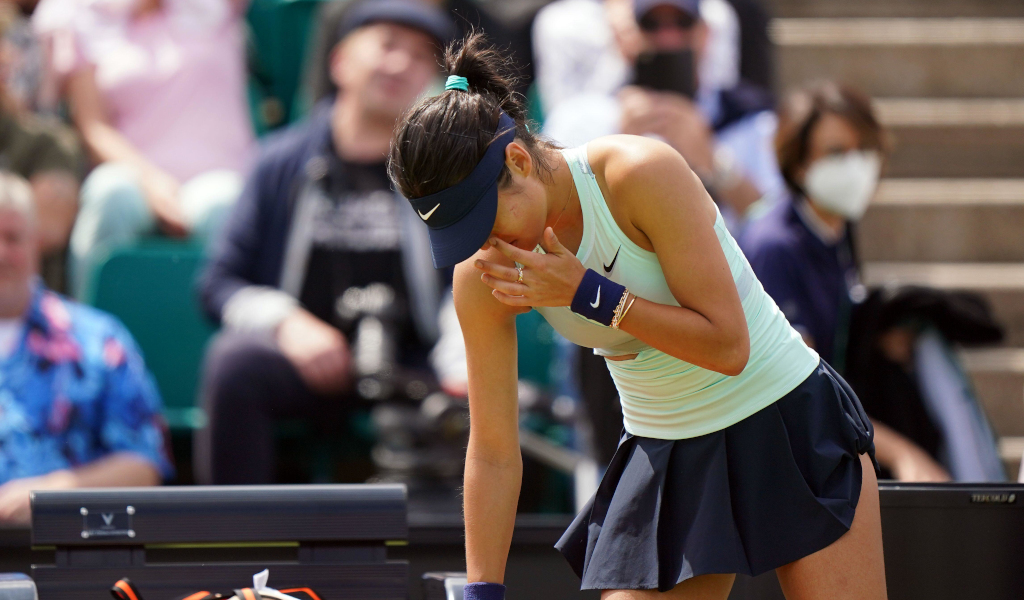 Emma Raducanu has “no idea” whether she will be fit for Wimbledon after her British homecoming was ruined by injury in Nottingham.

The 19-year-old was playing her first match at home since she won the US Open in September, but it ended after only seven games when a side injury forced her to retire against Viktorija Golubic.

Raducanu has been plagued with injury problems since she broke on to the WTA Tour and this was her third retirement since winning in New York last summer. 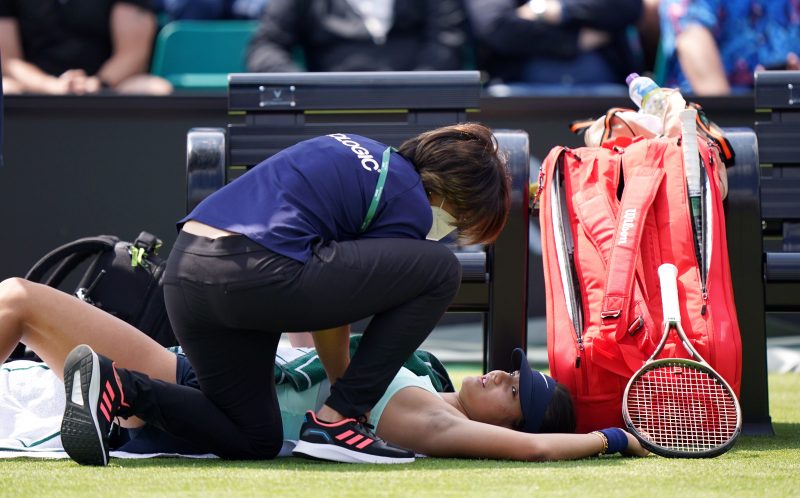 She will have a scan on what she called a “freak injury” and says it is too early to know whether she will be able to play at SW19 – the scene of her historic breakthrough last summer.

“The first game, an absolute freak, I think I pulled something, I am not really sure what exactly happened,” she said.

“I have just come off court, an absolute freak injury. I don’t know what I could have done more about it. That is it.

“I need to get a scan first. I am not going to ‘Google doctor’ myself. I will get it checked out, then we will see from there.

“I have no idea (about Wimbledon). It could have just seized up and gone into spasm and then it is really bad for a few days.

“I have no idea. I cannot diagnosis myself. I will get it checked out.”

Raducanu’s progress on the tour in 2022 has been stunted by a string of injury issues, having struggled with hip and back complaints and also blisters.

The British number one insisted this problem was not connected to her recent back issue and says she cannot “catch a break”.

“I am trying to keep that positive mindset that I have been having,” she added.

“I have prepared really well for this tournament. I was feeling good, comfortable and I think even when I was out there, there were signs I was happy with playing more aggressively and stuff. It is just a shame.

“I am obviously disappointed and it is really bad luck. Sometimes I feel like I have been putting really bad work in and it is almost like you just want to catch a break but I haven’t really.

“That’s out of my control, but right now all I can focus on is what I am doing and I think I am doing a lot of good work. I just need to trust that it will come and right now it is happening for a reason and I am exactly where I need to be.” 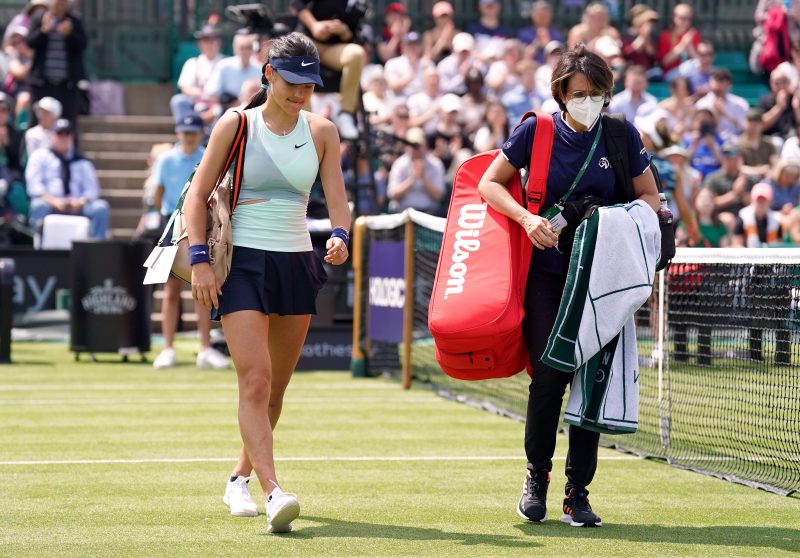 It was not the return to Nottingham Raducanu had in mind, almost 12 months to the day since she made her WTA Tour debut with no idea of the heights she would scale over the following few months.

And this was a British crowd’s first chance to see the 19-year-old since her run to the fourth round at Wimbledon – which was also ended by injury issues – and subsequent glory in New York.

But the signs of discomfort were there early on as she was seen holding her side in the opening game of the match.

Her first round of treatment came at the first change of ends and although she was able to open a 3-1 lead, it was clear she was in pain and called time having lost three games in a row.