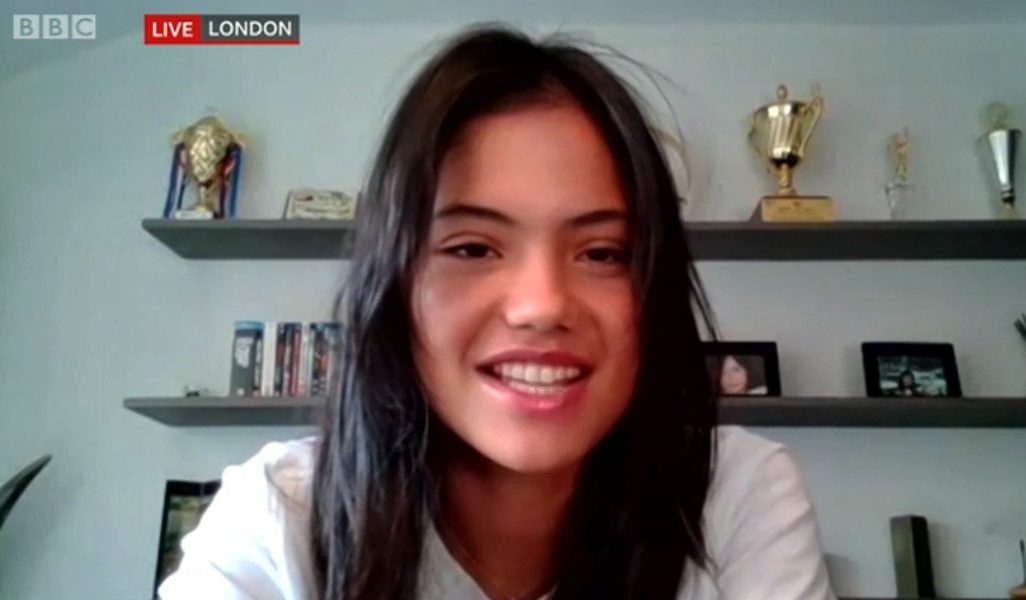 Emma Raducanu revealed she spent her first night back in the UK watching a replay of her US Open final victory.

The 18-year-old arrived back at home in Bromley on Thursday, five days after her historic victory in New York.

Raducanu spent Friday morning doing the rounds of breakfast TV and radio, telling BBC Breakfast: “I think it’s gradually sinking in a bit more. Last night I re-watched the final and tried to relive a couple of the moments and remember how it felt. 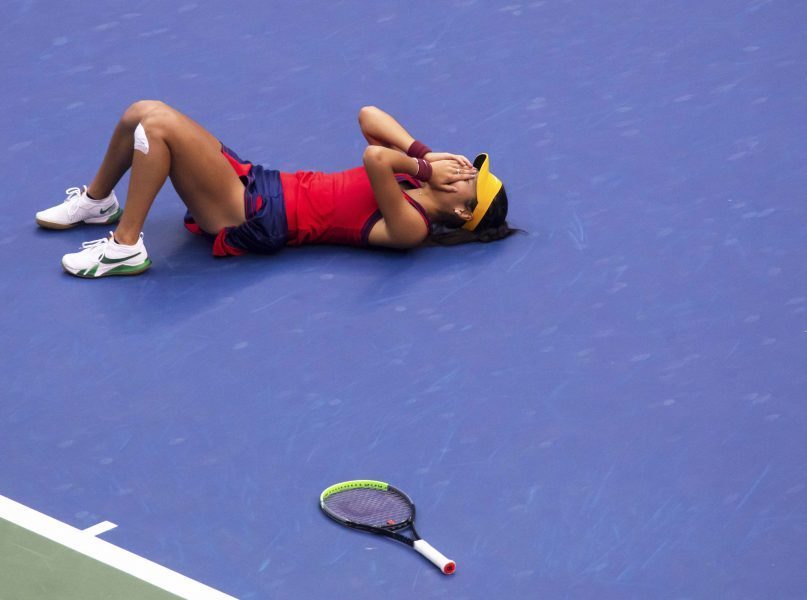 “But it’s still such a whirlwind of an experience. I’ve loved every moment of it. It is something that is very difficult to fully comprehend.

“When I was watching it, it almost feels like that’s not me who’s playing and pulling off some of those shots. I knew exactly what was going to happen but still there’s some very tense moments and I was really proud of how I came through some moments.

“And the timeout at the end, I didn’t realise how stressful that was watching on TV.”

Raducanu has spoken of how her parents’ strict approach helped her become a Grand Slam champion.

Raducanu has not yet treated herself to anything with the £1.8million prize money she won.

Both the teenager’s parents are in finance, and the told ITV’s Good Morning Britain: “I know that tennis is an extremely expensive sport so it will probably go towards that.”

Raducanu became an A list celebrity overnight, receiving a last-minute invitation to the glitzy Met Gala in New York.

This is amazing. We are all so proud of youu!! US Open Final lets goo 🚀 https://t.co/WDKWDbrUbf

She said: “I found out the night before and it was amazing. I was so grateful to get the opportunity to go. The performances were amazing. I managed to see Lewis Hamilton, which was really cool because I’m a huge motorsports fan.”

Along with a letter of congratulations from the Queen, Raducanu also spoke on the phone to Prime Minister Boris Johnson.

“It was really nice of him and he congratulated me, but we also spoke about how we both wanted to try to inspire more kids in grassroots tennis and get more young children involved, and hopefully my win can show you can live a normal life and achieve great things,” she said.

Raducanu will take some time at home to rest and recover before deciding where to make her next appearance on tour, with Indian Wells next month the leading candidate.