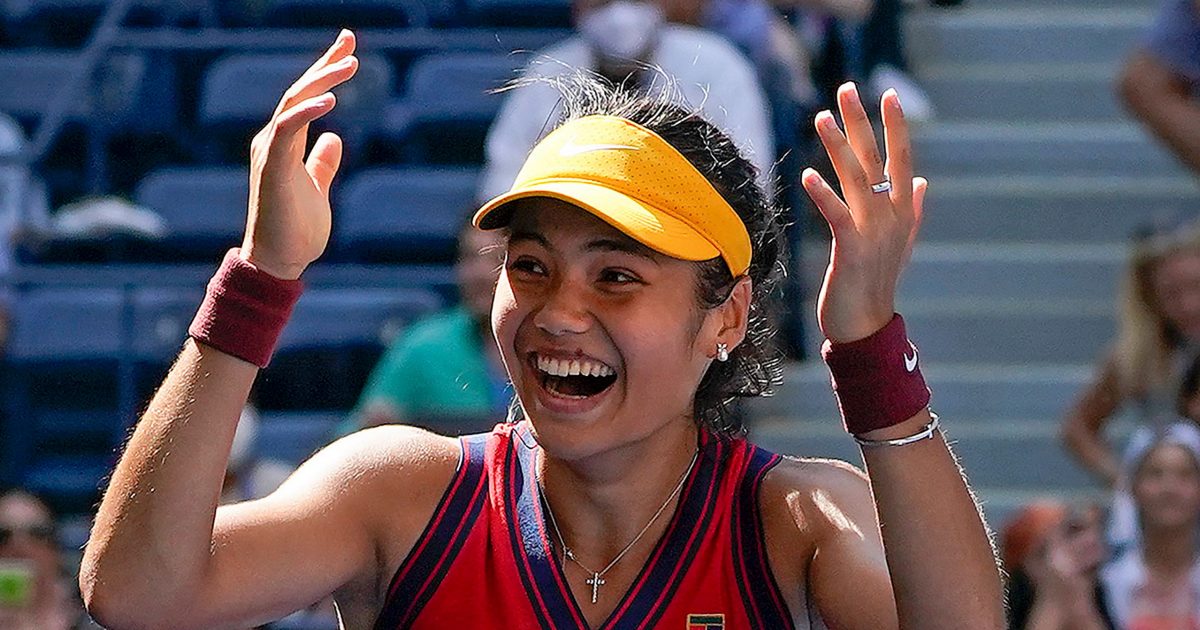 Emma Raducanu has the talent and mentality to ensure her extraordinary summer surge is far from a flash in the pan, according to the last British woman to reach the US Open semi-finals in 1983.

The 18-year-old qualifier stormed into the last four at Flushing Meadows without dropping a set and was set to face Maria Sakkari for a place in the final in the early hours of Friday morning.

Comparisons have inevitably been drawn with Laura Robson, Raducanu’s fellow Briton who reached the last eight in New York in 2012 but whose subsequent career was hampered by injuries and inconsistency, and who never managed to fulfil the tremendous hype.

But Jo Durie, the former British number one and world number five, believes Raducanu, who made her unlikely breakthrough when she reached the fourth round at Wimbledon earlier this summer, has already proven she has what it takes.

Durie told the PA news agency: “I think Laura was very unlucky with her injuries, because when she was playing well she could literally beat anybody.

“Laura could be very good, but not always very good. I think Emma will probably be more consistent. She’s got such a good solid game – she can hit the ball hard at the right time, and her serve stands up under pressure.

“She works very hard at her game and with all of that behind her, for me it points to her being consistently up there in the future.”

Like Raducanu, Durie was unseeded when she reached the last four of both the French and US Opens in 1983, albeit six years after turning professional, and after spending some time out of the game due to a back injury.

Durie marvelled at Raducanu’s trajectory, adding: “It’s just remarkable – even though in the tennis world we knew Emma was a good player, I’m not sure anybody thought the last few months would be like this.

“Her trajectory has just been this graph that goes straight up, and that hardly ever happens in the game. It is just astonishing, especially when we saw at Wimbledon how well she played then what she went through trying to cope with it.

“I think we thought, well she could come through qualifying. But to reach the semi-finals without losing a set, and most of the sets have been quite easy, that’s quite a different thing. Her standard of play is top 20 at the moment.”

Reality will clearly kick in – for Durie it happened early the following year, when she lost in the second round in both Australia and Paris in the wake of her march to the last four – although she did go on to reach the quarter-finals of Wimbledon.

Durie recalled: “I think probably at the start of the following year, when I reached my highest ranking, that’s when suddenly you go from the one who is hunting the top players, to the one who the others are playing really well against.

“You’ve just been playing and things have been working, but more thoughts begin to clutter your head, and you can’t help but think, I was beating her and now it’s so much more of a struggle.

“But let’s not get carried away and let’s let her enjoy her journey. When you get on that kind of roll you almost feel you’re unbeatable. You’re so focused and in the zone and you almost feel invincible, somehow. That is how Emma will be feeling right now.”