Five talking points ahead of Wimbledon: Farewells to Andy Murray and Manic Monday?

After 2020’s cancellation due to the coronavirus pandemic, Wimbledon is back on the sporting calendar.

Many things will be different this year but the grass is still green and the competition to win the trophies in two weeks’ time will be as intense as ever.

Here, are five talking points ahead of this year’s tournament.

Back but not as we know it

There was no action at SW19 for the first time since World War II in 2020 so the main thing for tennis is that the Championships is back this year. However, there are differences as the new world of tournament bubbles and fan restrictions continues.

One of the reasons why the players enjoy this Grand Slam so much is the social life as they rent houses in the chic Wimbledon village and surrounding areas. However, that is not going to be happening this year as all players must stay in a designated hotel and only travel to the tournament site.

Players will be told not to sign autographs or take photos with fans, and everyone must wear masks while walking around the grounds. Spectator capacity starts at 50 per cent, building up to 100 per cent by the end of the fortnight 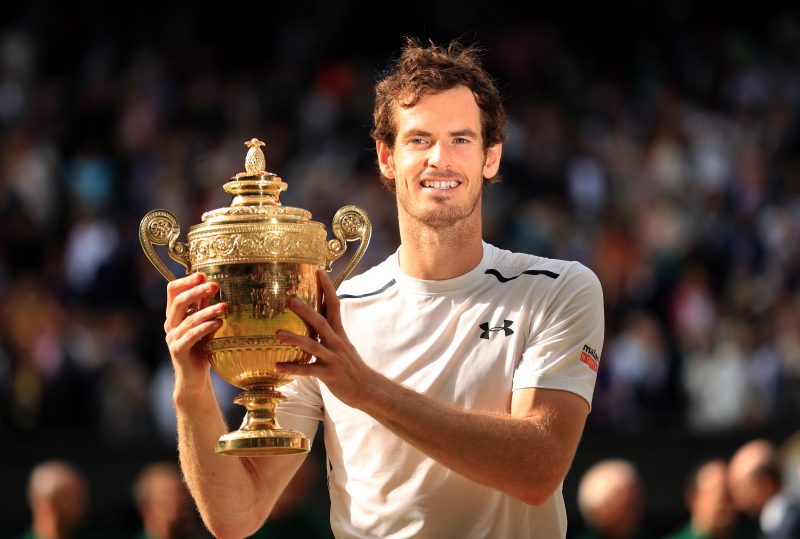 Two-time champion Andy Murray will be back competing in the singles for the first time since 2017 after being granted a wild card. The Scot has had two operations and a metal hip inserted since he limped out at the quarter-final stage four years ago and his career has been derailed as a result.

The 34-year-old has battled a succession of injury issues that have restricted his ability to put together a number of matches, and how long he is prepared to put up with that remains to be seen. Wimbledon is Murray’s happy hunting ground, but there is a chance that this is the last time the fans get to see him competing here.

While Murray is back in the draw, this year’s tournament will be missing four of the biggest names in the sport, potentially making the draws more open.

Two-time champion Rafael Nadal and world No 2 Naomi Osaka both decided to sit out the tournament while defending women’s champion Simona Halep was unable to recover from a calf injury in time and Dominic Thiem suffered an untimely wrist problem last week.

Nadal, who last won at the All England Club 11 years ago, has struggled with the transition from clay to grass and said he had taken the decision to prolong his career. Osaka has been taking time away from the court since withdrawing from the French Open for mental health reasons amid a furore around her refusal to fulfil media duties.

Will this be the year that Serena Williams finally equals Margaret Court’s record of 24 grand slam singles titles? The American looked certain to surpass Court when she won the Australian Open in 2017, only to later reveal she had been pregnant at the time.

And Williams has been unable to add to her tally since her comeback from giving birth to daughter Olympia. Wimbledon appears to be her best chance of doing it having made it to the last two finals, but on both occasions she was outplayed – by Angelique Kerber in 2018 and then Halep 12 months later. She has won seven singles titles on Centre Court so it would be the fitting place to do it and an early 40th birthday present ahead of her landmark in September.

The Draw for The Championships 2021 is nearly upon us…

This year will be the last time we see ‘Manic Monday’ as tournament organisers are scrapping a Wimbledon staple from 2022. Traditionally there is no play on the middle Sunday as everyone catches their breath after a busy first week, meaning that all men’s and women’s fourth-round singles matches are played on the second Monday.

However, with the development of grass courts meaning they no longer need a rest, the All England Club has decided to move in line with the other three grand slams by scheduling play on all 14 days.