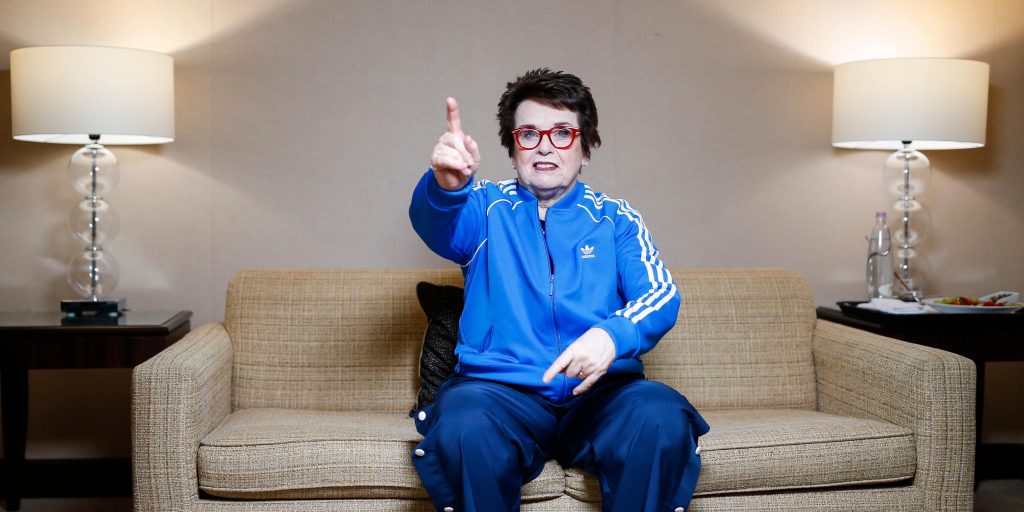 Billie Jean King’s trailblazing role in tennis is being recognised with the rebranding of the Fed Cup in her name.

The biggest annual team competition in women’s sport will now be known as the Billie Jean King Cup.

The announcement ties in with the 50th anniversary of King and eight other players, known as the ‘Original 9’, breaking away from the tennis establishment to form their own circuit and leading to the foundation of the WTA.

King told the PA news agency: “It’s very exciting. I’m still not sure it’s true. Then my mind always turns to what I want to accomplish – let’s get going. It’s really an honour and I’m very grateful.

“I remember the first Federation Cup in 1963. I love history and I remember saying, ‘We have to make it this year, we have to win the very first one, it’s historical’. And (my team-mates) were like, ‘OK, OK, already’.

“And we did win and it was really special. When I see the Fed Cup trophy today I look at the first one and I think about us. I remember how excited I was.”

King went on to win five more Fed Cup titles as a player, one as a player-captain and three as solely captain, making her the most successful individual in the competition’s history.

The name change comes ahead of the first edition of the new finals week – delayed from 2020 – which will take place next year in Budapest, with 12 teams battling it out for the trophy.

A prize money fund of 18million US dollars (GBP 13.7million) will be paid out, the biggest for an annual women’s team competition and equivalent to the Davis Cup.

King, who won 39 grand slam titles across singles and doubles, continues to dedicate herself to championing women and fighting for equality.

It is no surprise, therefore, that she was hugely impressed by Naomi Osaka’s stand against racial injustice on her way to lifting the trophy at the US Open last weekend.

Osaka wore a different facemask for every match bearing the name of a black victim of violence having previously inspired a pause at the Western & Southern Open in support of the fight for racial equality.

“It was great to contribute in that way. I think we were more proud of that than anything, much more proud than what we did on the court. I am anyway.

“If you can see it, you can be it. And when you see Naomi, if you’re a little kid sitting there watching her, you’ll think it’s normal to do what she’s doing. But why does everybody know about her? Because she wins on the court and she’s got a platform that very few people have.”

Another major talking point in New York was the launch of the Professional Tennis Players Association, jointly led by Novak Djokovic and Vasek Pospisil.

The pair have been agitating for players to break away from the ATP for some time but the move has caused controversy and division.

Women have also not been included so far, although Djokovic said discussions are taking place.

King has long pushed for a merger of the ATP and WTA, something Roger Federer tweeted his approval for in April.

King, though, warned Djokovic he may not have gone about things the right way, saying: “I wanted that in the 60s, for us to be together.

“Roger thought about it. And I talked to him that day and I said, ‘I wish you would do it because people listen to the top male players, they’ll listen to you of all the players’.

“What you have to do to make these things happen is go behind the scenes very quietly and work very, very hard before you do things. I don’t know if Djokovic has really thought it through because it’s a lot harder than it looks from the outside.”