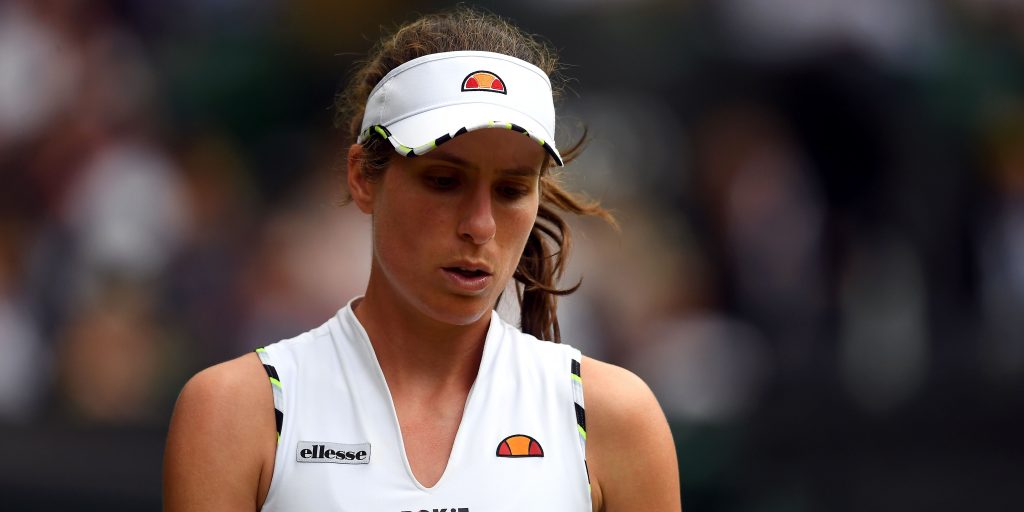 Johanna Konta lost her first match since withdrawing from the Australian Open following a straight-sets defeat to Shelby Rogers at the Adelaide International.

The British No 1 was forced to curtail her participation at the opening major of the year midway through her first-round clash against Kaja Juvan with an abdominal injury.

And on her return to action, the third seed was comfortably outplayed by the in-form Rogers, who won 6-2, 6-2 in one hour and 12 minutes to book her place in the last eight.

We have our first #AdelaideTennis quarterfinalist!@Shelby_Rogers_ overcomes No.3 seed Konta 6-2, 6-2 for her 5️⃣th Top 20 win since the start of 2020 👏 pic.twitter.com/1WU9akUMl7

It marks a further setback for Konta, 29, who endured a troubling 2020 campaign due to ongoing issues with a knee injury.

Speaking on court after the match, American Rogers, who reached the fourth round of the Australian Open, said: “I started the match really well with a quick break and I kept the momentum going.

“I knew I had to bring my best game for Jo, who can serve you off the court whenever she wants. I was very happy with my return game tonight and I am excited to be in the quarter-finals.”