‘There’s a lot to improve on but I’m incredibly happy how I played,’ says Roger Federer after ‘explosive’ return 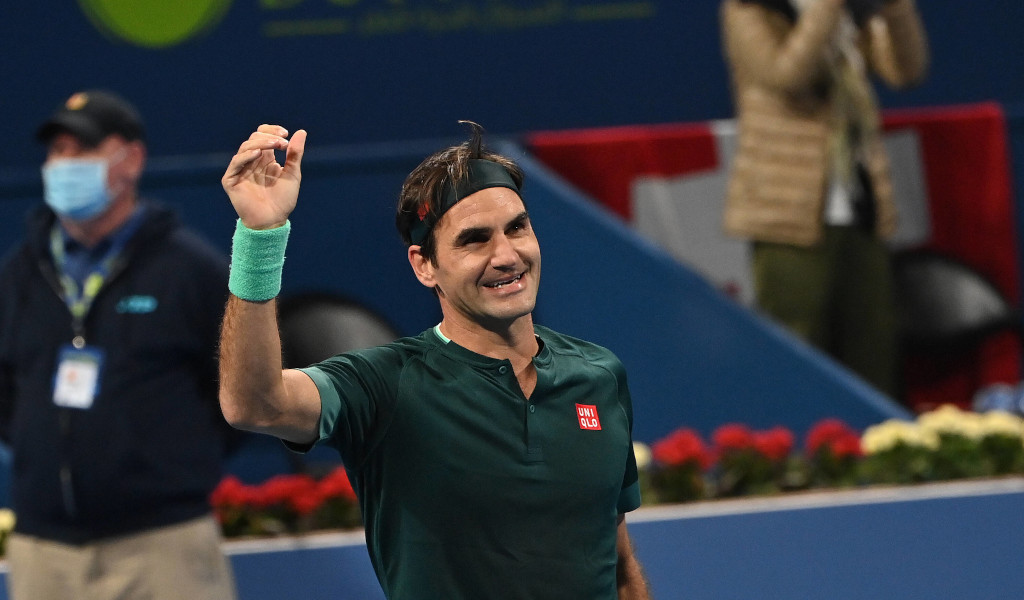 Roger Federer revealed his delight at an “explosive” return to tennis after 14 months injured in a thrilling three-set Qatar Open victory over Great Britain’s Dan Evans.

Federer saw off Evans 7-6 (10-8), 3-6, 7-5 in a gruelling two hours and 24 minutes in Doha, to leave the 39-year-old pleased with the power in his knee after two surgeries and his extended injury absence.

Federer admitted his first competitive match in 405 days posed a vast number of questions – but the 20-time grand slam champion believed he was able to provide comprehensive answers.

“I was very happy with how I was able to handle the tough moments, I didn’t feel like my game started to wobble, the more important the points got,” said Federer.

“I was able to play how I wanted to play, and that’s a great sign and a feeling to have.

“Not serving any double faults, that’s a sign that the knee is doing really well on the serve, which is crucial.

“As the match went on longer I was able to really come to the net more, and take more chances there. That stresses the body more.

“So I was really happy that I was really explosive actually, even though of course I was going in swings of being tired again feeling better again.

“It’s been a long time, and if you cannot play for two and a half hours, you cannot come back, it’s that simple.

“A lot of questions are being asked and you have to test yourself in practice. The other thing obviously, nobody’s going to do the running for you.

“You have to do it for yourself. You cannot be substituted or anything like that. If I don’t run I’m not going to make any more winners.

“So I’m very happy, there’s a lot to improve on but I’m incredibly happy how I played.

“It’s been 400 or so days I haven’t been on a tennis court. I have to get used to it again, so that’s why it’s probably nice to play another match tomorrow.”

Don’t call it a comeback, been here for years 🙌@rogerfederer wins his first match back on Tour since January 2020, beating Evans 7-6 3-6 7-5 in Doha! pic.twitter.com/AK36kcwpL3

Federer will jump straight into a quarter-final with Georgia’s Nikoloz Basilashvili on Thursday – but insisted he will stick to his tried and tested old-school recovery methods.

“I’ve only ever taken one ice bath, and I didn’t like it so I’m not going to do that again,” said Federer.

“I don’t take painkillers for fun; only when I really have to. I haven’t taken painkillers in nine months, so since the surgery I guess.

“From that standpoint I’m really healthy, so I just have to grab some food, take a shower, stretch, take a massage, sleep in and then warm up properly tomorrow. Very simple.”

Federer and Evans had spent the last fortnight in a training camp, with the Swiss offering high praise for his Birmingham counterpart.

“I think usually I pick hitting partners depending on their character too I think more than their game,” said Federer.

“If you make it into the top 250, I’m sorry, you’re a good enough player, you can do everything.

“Dan’s an easy going guy, if you sit on the side in the chair we always chat. So you’d be talking and then suddenly realise you’ve got to get back to it.

“It’s nice when you go through training blocks like this that it’s with someone who’s interesting to talk to, rather than someone who doesn’t say a word for two weeks.

“It’s always fun with him, plus he’s getting better and better, he mixes it up, it’s not every day the same match.

“So that’s why I very much enjoyed that training time. And I told him at the net I appreciated everything we did together in the last few weeks.”