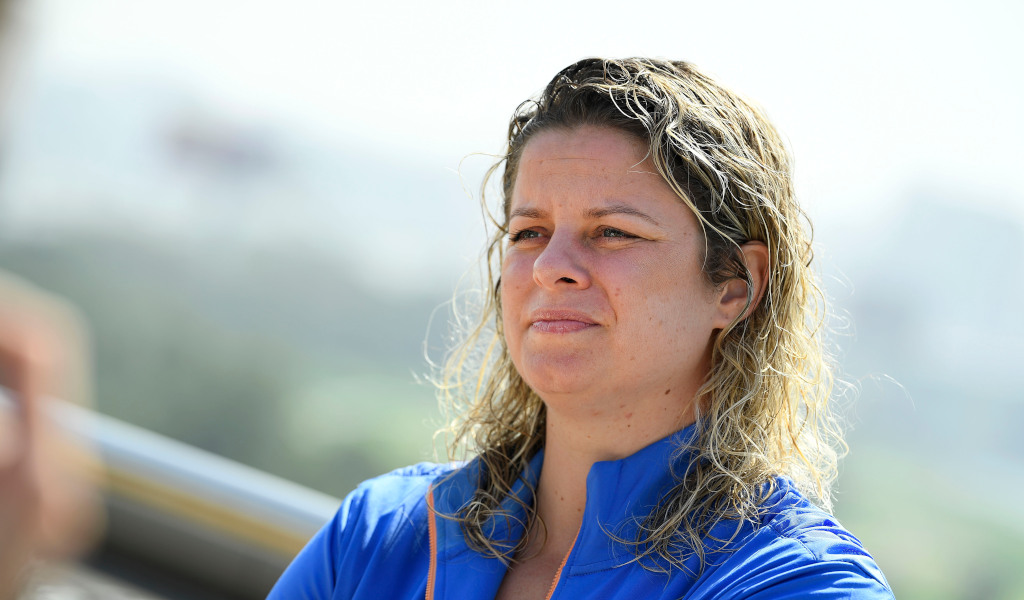 Former WTA World No 1 Kim Clijsters has set out to get in on the ground floor of the sporting sensation set to grip America alongside NFL icon Tom Brady.

The four-time Grand Slam singles champion will join the famed NFL quarterback in the ownership group of an expansion team in the Major League Pickleball tournament.

Since hanging up her racket, Clijsters has taken up pickleball and says that she plays regularly with Wall Street bond saleswoman Callie Simpkins and financial advisor Kaitlyn Kerr.

The women join her and Brady as part of the yet-to-be-named team’s ownership group.

Early indications are that Kerr will serve as the team’s general manager when the team joins the exciting new league next year.

“Of course, I’m excited at the investment opportunity,” Clijsters said in a statement.

“But what excites me the most about becoming an MLP owner is that I get to help shape the future of pickleball, a sport I have come to love, with great people – who also happen to be some of my best friends. I’m thrilled to help showcase professional pickleball and make an impact on the sport through my experience gained in the top levels of professional tennis.”

Major League Pickleball has an ambitious growth plan, which includes four new teams and increasing the number of events to six.

Alongside boosting the league to a 16-team event, the prize money is also expected to reach upwards of $2 million.

With the significant investment from Clijsters, Simpkins and Kerr, the new team will be 50% female-owned, a testament to the league’s foundational mission of gender equality.

Later this week, the 12 teams and 48 players will arrive in Columbus for the season finale, where the winning team will take home a $100,000 prize.

Pickleball was invented all the way back in 1965 but has boomed in recent years thanks in part to the effects of the COVID-19 pandemic.

Played with paddles instead of full-size tennis rackets, pickleball counted more than 4.8 million players in the United States last year, according to the 2022 Sports & Fitness Industry Association Single Sport Report on the sport.