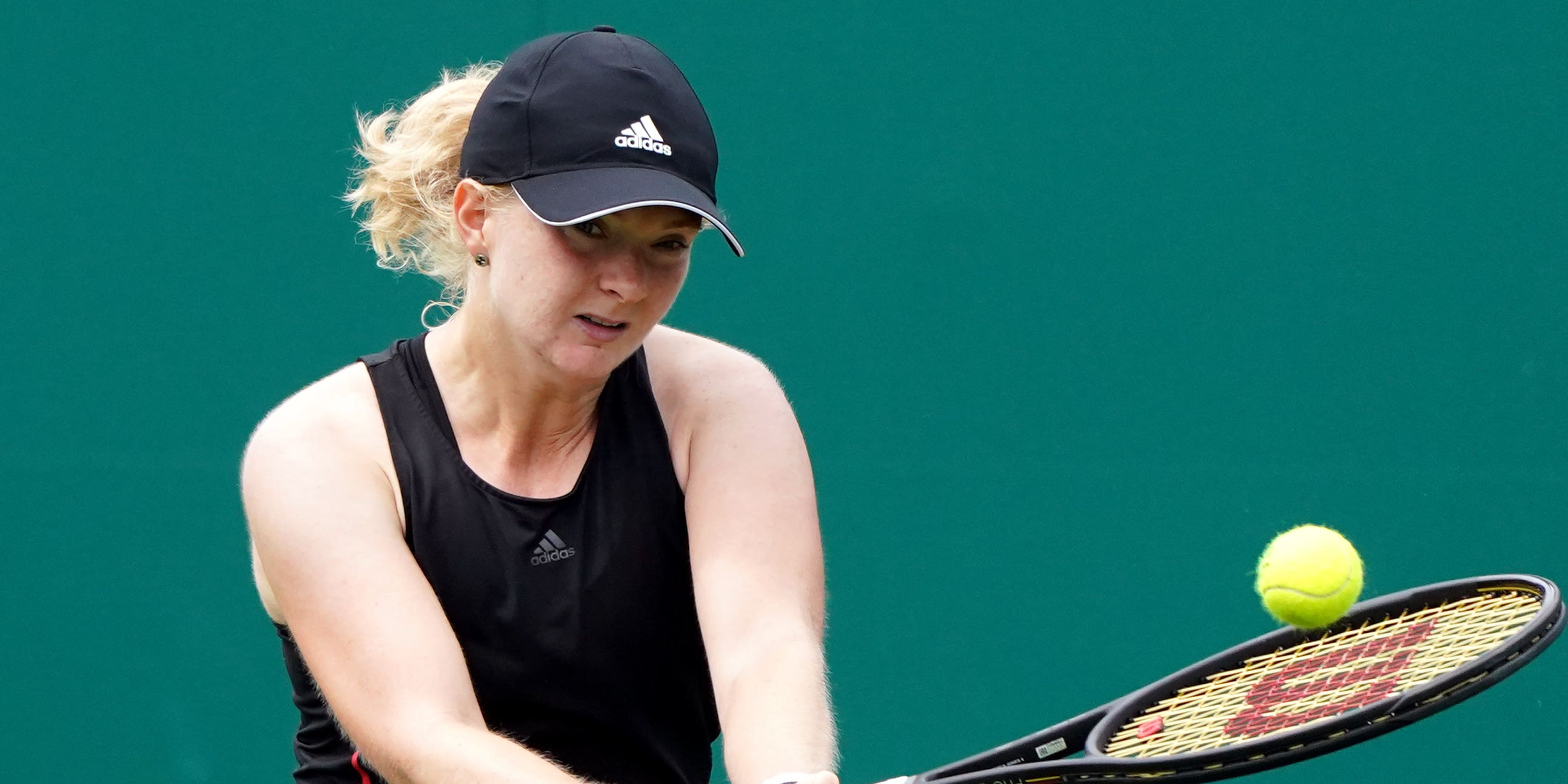 Fran Jones will be building up to her Wimbledon debut by working out ways England can beat Germany in Euro 2020 next week.

The 20-year-old, who suffers from a congenital condition which means she has three fingers and a thumb on each hand, three toes on one foot and four toes on the other, will feature in the main draw at SW19 for the first time after being handed a wild card.

Jones, who is one of 12 players on the LTA’s Pro Scholarship Programme, is an avid football fan and spends most of her time away from court watching the beautiful game.

With such an important week coming up next week, it would be easy to think that Jones would be concentrating solely on her tennis, but she has other ideas.

In an interview on Zoom where she was dressed in an England shirt, she said: “It’s pretty simple. If I’m not watching England, I’m studying how we beat the other teams.

“So on Wednesday night, France and Germany was on my big screen and my mum was not allowed to come into the room as I was writing down tactics to send to Gareth Southgate.

“Football is a great distraction for me, but of course, there’s food. I spoke before about my Australian/Melbourne restaurant list. I enjoy going out with my guys and my team.

“In a normal year I would go out with my parents and my team.

“An athlete has to live for their sport but it is important we do have those moments that we disconnect. For me that’s normally going out for food or watching football.

“I am a massive football fan. I adore the sport, I will definitely be following it. I watched the match on Tuesday, I am very passionate. Just a massive fan.

“I’m very patriotic, and because of that, of course I am as much of a hooligan with the England shirt on as I am with the United shirt on.

“I definitely will be supporting the guys. Whenever it’s got to do with my country I am very proud to be British and English in this situation. And throughout the Olympics as well I will be following Team GB.”

Jones also played in this year’s Australian Open after making it through qualifying, but featuring in her home grand slam is a different ball game and she is hoping to make full use of the opportunity.

“I am definitely looking forward to it,” she said. “It is hopefully one of many, so I definitely want to cherish it.

“And hopefully I can cherish it by putting my mark on the tournament, but it is about making sure that this continues to help me build on my career and what I have done so far this year.

“And hopefully by the time I am back here next year I can look back on the experience and know that it is even more time on the court at Wimbledon, which is obviously a special place to me.”