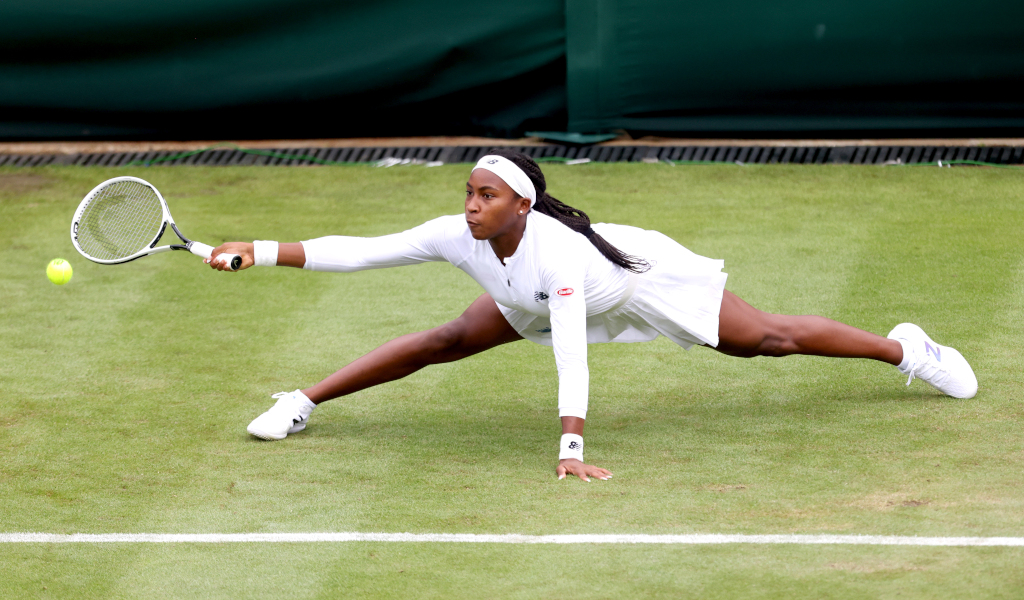 Coco Gauff was forced to dig deep on her Wimbledon return before she ended the hopes of Great Britain’s Francesca Jones with a straight-sets victory.

The American saw her career take off in 2019 when she reached the fourth round at SW19 as a 15-year-old and was back in the All England Club as one of the contenders for the title.

Yet Jones, on her main draw debut at Wimbledon, held her own and pushed the teenager all the way until her resistance was eventually broken with Gauff earning a 7-5, 6-4 win.

Rain had forced the scheduled day one match to be put back 24 hours and a further downpour in the afternoon saw another delay added.

When Gauff and Jones did get under way, the football-mad Briton could have been forgiven for wondering what was going on across the capital at Wembley.

It did not show as the 20-year-old, who has a condition that meant she was born without several fingers and toes, worked hard as the opening exchanges went with serve.

Since Gauff’s exploits two years ago, she had moved up to 23 in the world and made the quarter-finals at Roland Garros earlier this month but a lack of fluency troubled the right-hander who slipped plenty of times in the first set.

After being made to initially dig deep on her serve, Jones was suddenly more comfortable and mixing up her game with joy at the net but a crucial break occurred in the 11th game.

Gauff squandered two break points but not the third and let out a huge roar which highlighted just how tricky she had found things.

A professional job on serve saw the opener wrapped up in 52 minutes but it did not get any more straightforward.

Wildcard Jones remained confident and kept playing her shots with her belief buoyed by a run into the Australian Open main draw at the beginning of 2021.

A break point continued to elude the Briton though, but it was not the case for the American and in the seventh game of the second set it was taken to move within touching distance of the second round.

Jones won her service game to force Gauff to serve out for the match but two aces saw the number 20 seed begin her latest journey at the Championships on a positive note despite a tricky battle on Court Two.