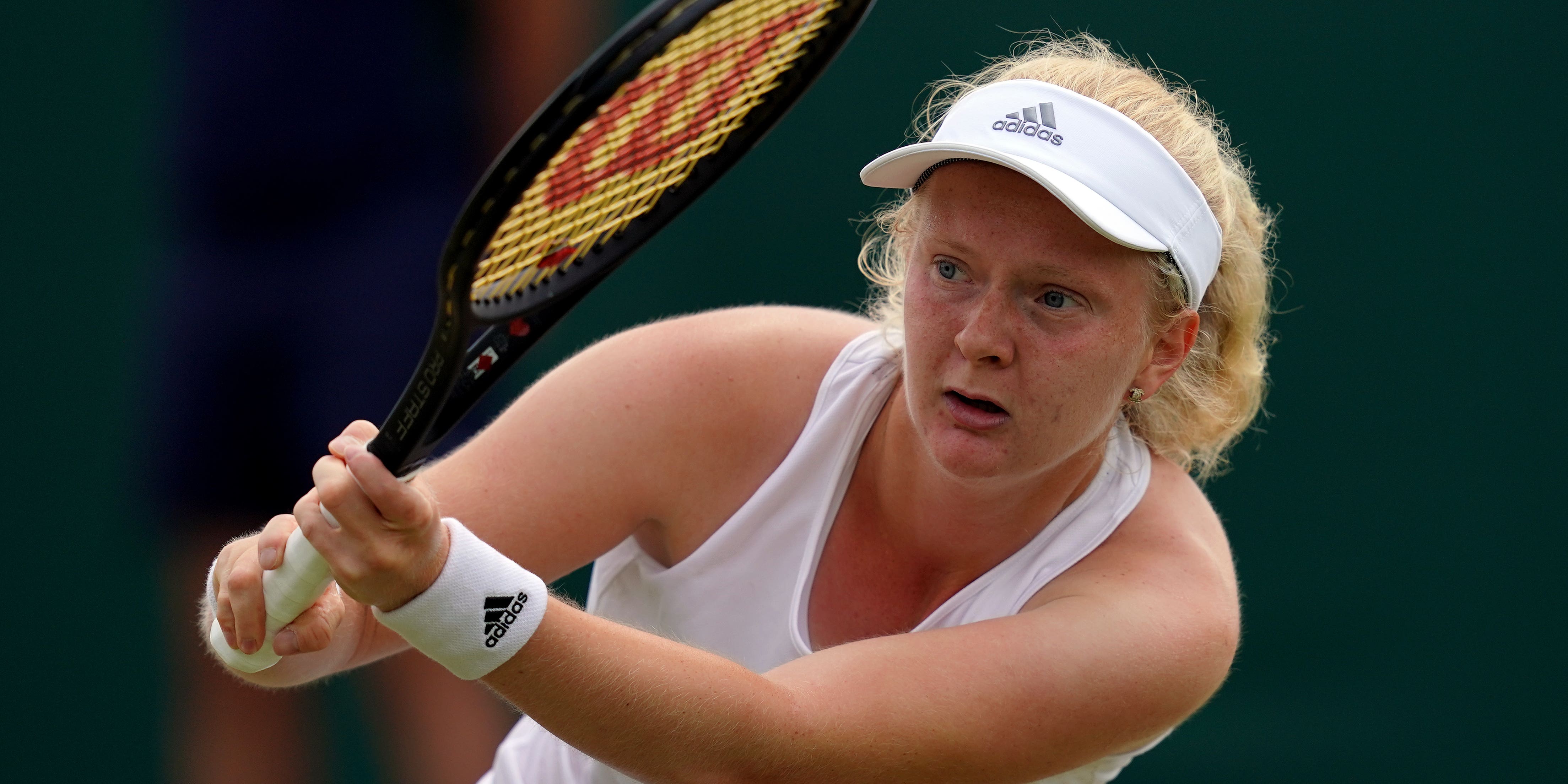 Francesca Jones found herself centre stage at Melbourne Park on Friday as she prepares for her grand slam debut at the Australian Open.

Not many qualifiers are given the main interview room for their pre-tournament press conference but the 20-year-old’s achievement in reaching the year’s first grand slam has attracted international attention.

Jones, who came through three qualifying matches in Dubai last month to book her seat to Melbourne, was born with the genetic condition ectrodactyly ectodermal dysplasia, which affected the development of her hands and feet.

She only has six fingers – plus two thumbs – and seven toes and plays with a specially-adapted racket, while she needs extra treatment because of the way she moves around the court.

Jones, who has been based in Barcelona for the last 10 years, is as comfortable in the interview room as on the court and welcomes the spotlight her achievement has given her.

She said: “I’m very aware of it simply because of the media I’ve got planned for the rest of the day.

“It’s great to be here and to be able to get my message across, which is please don’t have any limits and keep pushing yourself. Do what it is that you want to do and just commit to it.

“If I can have any positive impact on children, adults, and they can take strength from my story and create their own, then that would be great. So it’s nice to have the platform here.

“My objectives are bigger than just qualifying for here, and hopefully I can continue to spread the word over the years.”

Qualifying was played in Dubai to minimise the number of players travelling to Australia, and Jones has since spent two weeks in quarantine and played her first tour-level match, losing 6-1 6-3 to French Open semi-finalist Nadia Podoroska.

Part of her time in quarantine was spent researching the Melbourne restaurants she wanted to visit, and she took advantage of a day off on Friday by going to the shops.

“I’m trying to rein it in a little bit and remind myself that you don’t just start buying everything that you see,” she said. “I definitely needed pyjamas. That was the main thing. I only brought one pair of pyjamas with me.”

Jones is strikingly self-assured and refuses to see her physical differences as limitations, often citing a belief that she is simply playing with a different set of cards.

Asked if she had doubts she would make it in professional tennis, she said: “I feel like if you really want to commit yourself to something, of course you have doubts.

“I have never doubted that I will give up. I want to be persistent. I want to just give everything I can and, if the result is not what I set it out to be, at least I won’t have regrets.”

Her first grand slam match will pit Jones against 60th-ranked American Shelby Rogers, who took a set off world number one Ashleigh Barty on Friday.

“Of course she’s played a great match today against Ash,” said Jones. “I’ll be watching that for sure over the weekend. She’s had some very good results recently.

“Ultimately here I think I’m an uncomfortable draw for many players, and I’ll do my best to take advantage of the rhythm that I’ve created so far. I’m here to put my best game on the court and see where that takes me.”

Victory for the world number 245 would write more headlines but Jones does not set herself apart from her peers.

“I am just a human being that’s set out an objective that I want to achieve, and I’m doing what I can to get there,” she added.