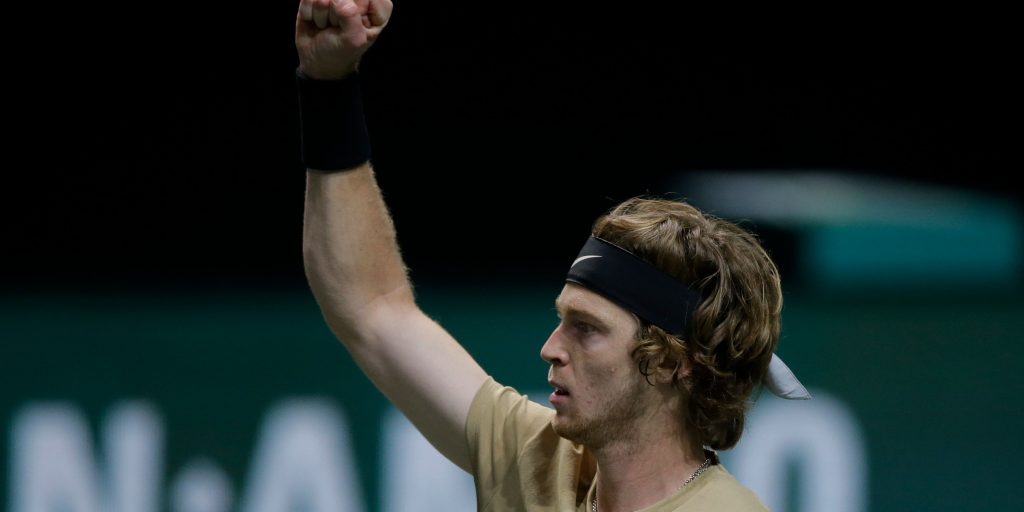 Francisco Cerundolo stands on the brink of a remarkable family first after upsetting Albert Ramos-Vinolas to reach the final of the Argentina Open.

A week ago, Cerundolo’s younger brother Juan Manuel swept through the draw at the Cordoba Open to win his first ATP title as a qualifier, beating Ramos-Vinolas in the final.

Now, 22-year-old Francisco, who also came through qualifying, is one victory away from matching the feat and making the duo the first brothers in ATP history to win titles in consecutive weeks.

He has played five three-set matches this week, with the latest a 7-6 (5) 3-6 6-2 victory over fifth seed Ramos-Vinolas.

It would be a huge upset if Cerundolo could lift the trophy, though, given his final opponent is top seed and top-10 star Diego Schwartzman, who swept to a 6-0 6-4 victory over Miomir Kecmanovic to guarantee an Argentinian winner.

Fourth seed Rublev has won his last three second-tier ATP events and made it 19 consecutive victories at that level on Saturday.

On Sunday, he will take on Hungarian qualifier Marton Fucsovics, who defeated Borna Coric 6-4, 6-1 to reach the biggest final of his career.

All eyes next week will be on Roger Federer as he makes his comeback after more than a year sidelined by a knee injury at the Qatar Total Open in Doha.

The 39-year-old, who needed two operations, will face either British number one and sometime practice partner Dan Evans or Frenchman Jeremy Chardy in his first match.