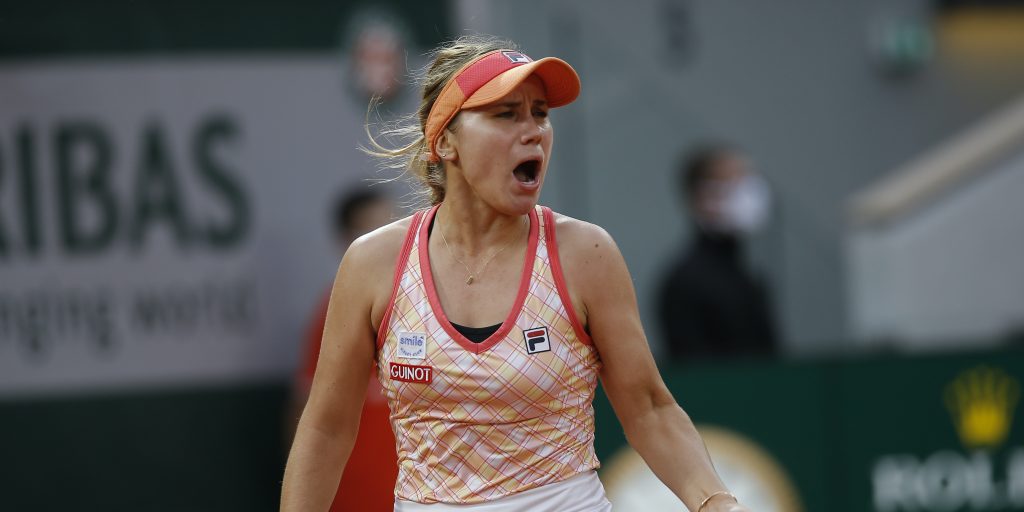 Our look back at day 12 of the French Open as Sofia Kenin reached her second Grand Slam final of the year and Iga Swiatek the first of her career at Roland Garros on Thursday.

Britain’s Alfie Hewett reached the final of the wheelchair men’s singles as well as the doubles with Scot Gordon Reid.

🤯There are no words so I’ll just leave it here. FINAL!!!

Amazing days here💪🏻😍. Thanks to @rogerfederer @severinluthi for the opportunity to practice with you.💪🏻❤️ Now looking forward to Australian open juniors with these two guys 😍@leandro_00014 @jeromekyym 💪🏻❤️ 🇦🇺

Roger Federer may have been forced to miss the French Open following knee surgery but his influence is still being felt. The semi-finals of the boys singles feature two Swiss players – Leandro Riedi and Dominic Stricker. Federer invited both to a training camp in Dubai in January.

German doubles pair Kevin Krawietz and Andreas Mies are through to their second consecutive French Open final having won their first Slam title in Paris last summer. During the coronavirus-enforced hiatus, Krawietz spent time working in his local branch of Lidl.

Stefanos Tsitsipas and Diego Schwartzman are faced with the mighty task of trying to stop Novak Djokovic and Rafael Nadal in the men’s semi-finals on Friday.

Djokovic will hope to have recovered from neck and arm problems ahead of his clash with Tsitsipas, while Schwartzman can take confidence from a victory over Nadal in Rome last month.

Swiatek, meanwhile, will look to reach her second final when she and Nicole Melichar face Alexa Guarachi and Desirae Krawczyk in the women’s doubles.