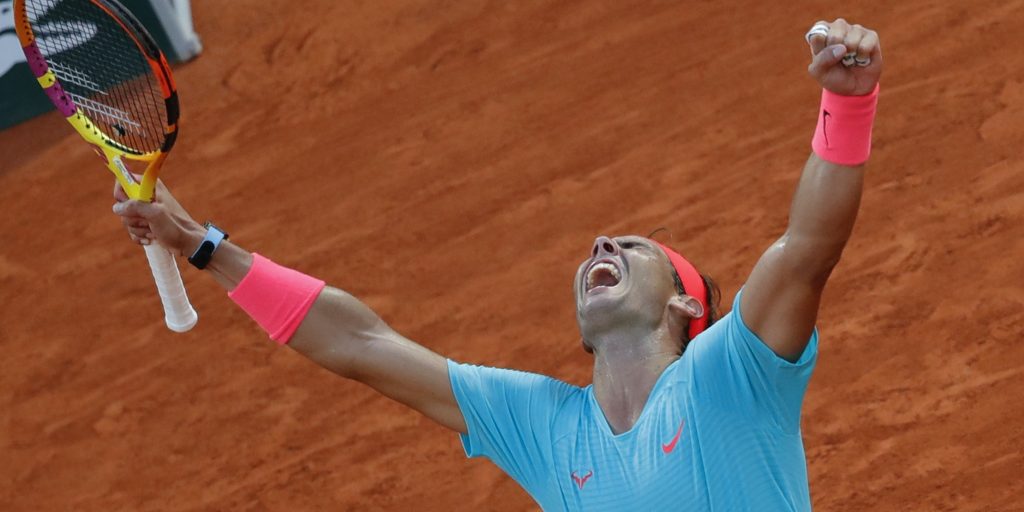 We look back at day 13 of the French Open as Rafael Nadal and Novak Djokovic set up a 56th meeting with contrasting victories at Roland Garros.

Iga Swiatek was unable to make a second final, losing with Nicole Melichar in the last four of the women’s doubles, while Britain’s Alfie Hewett and Gordon Reid completed a sweep of the wheelchair men’s doubles titles in 2020.

.@KikiMladenovic and @TimeaBabos have booked their place in the doubles final in Paris 🇫🇷

Kristina Mladenovic wished 2020 was over after a missed double bounce contributed to her first-round loss against Laura Siegemund from 5-1 up in the opening set.

That came on the back of her enforced quarantine in New York but things are finally looking up after the Frenchwoman and partner Timea Babos moved to within one victory of successfully defending their doubles title.

Djokovic has made no secret of the importance of records during the final years of his career, and one of the big ones is now firmly within his grasp. The Serbian is spending his 289th week at world No 1 – 21 short of Roger Federer’s record.

He is guaranteed to hold onto the position whatever happens on Sunday and, with the ATP deciding that coronavirus measures meaning players will not lose ranking points will continue until March, the chances of anyone passing him before he overtakes Federer significantly receded.

Swiatek, 19, has swept all before her on her way to a maiden slam final, while Australian Open champion Kenin, 21, is bidding to become the first player since Angelique Kerber in 2016 to win two titles in a season.