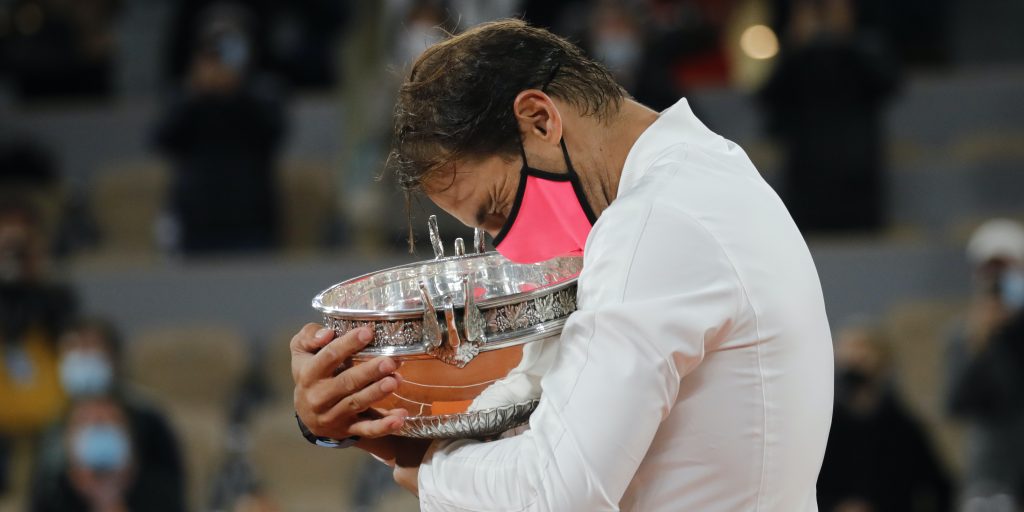 Nadal was contesting a 56th match against Novak Djokovic but this turned out to be one of the most one-sided as the Spaniard romped to a 6-0, 6-2, 7-5 victory.

Nadal was just about perfect for two sets and Djokovic was unable to find a way back into the contest in a tighter third.

🙈Congratulations @RafaelNadal! It’s amazing to kind of share this experience with you. Am I even allowed to say this?🙈

So long a fixture by Nadal’s side, his uncle Toni has taken a back seat for the last few years to concentrate on the family’s academy, allowing Carlos Moya to take over as head coach. But he was living every moment back home in Majorca.

A happy ending for Mladenovic

Kristina Mladenovic and Timea Babos would have hoped to challenge for the US Open doubles title before they were forced to pull out because of Mladenovic’s quarantine. A successful defence of their French Open title was therefore especially sweet.

“To lift here the trophy, it’s always special, but this time you cannot imagine what relief and what pride it is to actually to leave this tournament with such a reward that I still have to wake up and believe it’s actually true,” said Mladenovic.

When Nadal finally hangs up his racket, he has an heir apparent in 17-year-old Carlos Alcaraz, who is already attracting a lot of attention within the tennis world and won his second Challenger title on Sunday. He will hit a career-high ranking of 158 on Monday and is the youngest man in the world’s top 500.