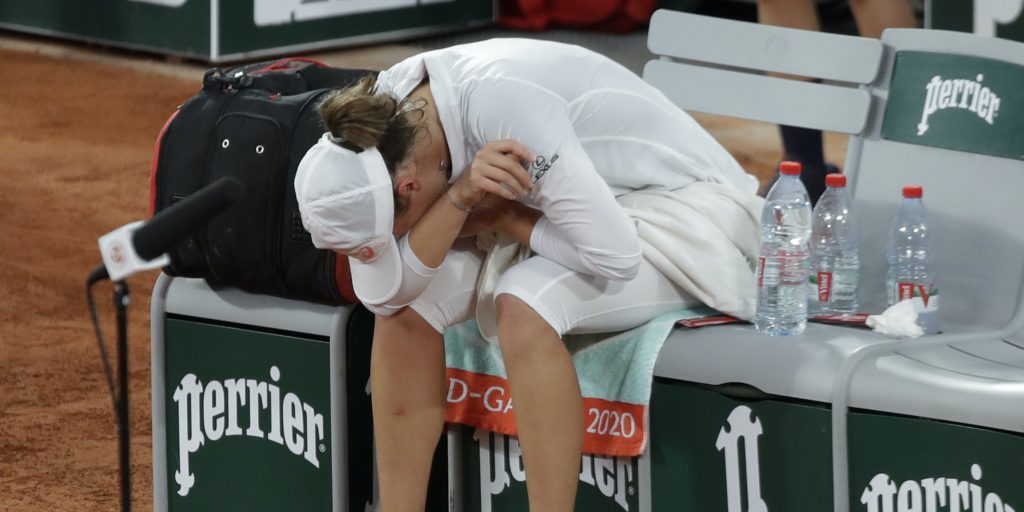 We look back at day eight of the French Open as Polish teenager Iga Swiatek produced the performance of the tournament so far to defeat title favourite Simona Halep 6-1, 6-2 and reach the quarter-finals.

Fifth seed Kiki Bertens was also knocked out by Martina Trevisan, leaving Elina Svitolina as the only seed remaining in the top half of the draw.

Sebastian Korda was brutally dispatched 6-1, 6-1, 6-2 by his idol Rafael Nadal, who will next face 19-year-old Jannik Sinner after he knocked out an unwell Alexander Zverev. Third seed Dominic Thiem survived a five-setter against wild card Hugo Gaston.

No.159 🇮🇹 Martina Trevisan and No.131 🇦🇷 Nadia Podoroska are the first qualifiers to make the QF @rolandgarros since Yaroslava Shvedova in 2012.

This is the first time since 1978 that two qualifiers have reached the last eight. #RG20 pic.twitter.com/NEHh3MSp3I

Hands up if you made history 🙌@nadiapodoroska becomes the first 🇦🇷 woman since 2004 to reach the quarter-finals in Paris, defeating Barbora Krejcikova 2-6 6-2 6-3.#RolandGarros pic.twitter.com/RvHpnTnysp

Argentina has had little to cheer in women’s tennis since the days of Gabriela Sabatini. The 1990 US Open champion was among those sending congratulations to Nadia Podoroska.

Nadal’s nifty footwork in adjusting to a shot in the wind during his victory over Sebastian Korda led one journalist to ask about the Spaniard’s fondness for dancing. The answer? “With some tequilas, I am dancing, yes. Without tequilas, is more difficult.”

Novak Djokovic could face his first real test of the tournament against 15th seed Karen Khachanov.

Stefanos Tsitsipas meets Grigor Dimitrov while the only two women left who have won grand slam titles, Petra Kvitova and Sofia Kenin, will bid to make it through to the last eight.

In men’s doubles, Australian Open champions Joe Salisbury and Rajeev Ram take on US Open winners Mate Pavic and Bruno Soares for a place in the last four.