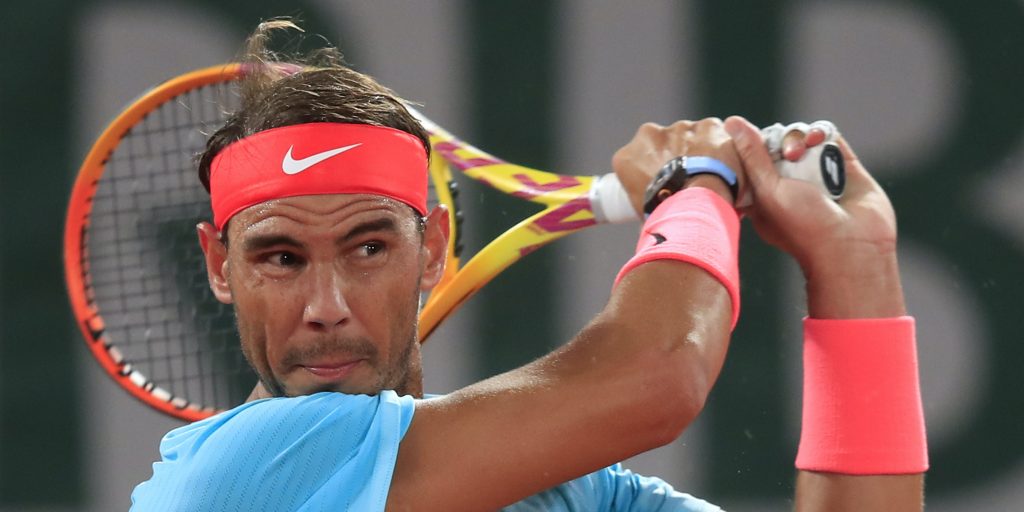 We look back at day six at the French Open as Rafael Nadal, Dominic Thiem and Simona Halep continued to breeze through their matches at Roland Garros.

The 36-point tiebreak in the third set of the match between Lorenzo Sonego and Taylor Fritz, won by Sonego, is the longest tiebreak in a men’s singles match in @rolandgarros history.

Wide of the mark

No Hawk-Eye needed for this double fault by Garcia.

Ashleigh Barty chose not to defend her French Open title, instead staying at home in Australia. She does not appear to be missing Roland Garros too much, spending her Friday night, beer in hand, at the AFL Finals cheering on Richmond.

Novak Djokovic will look to match Nadal by easing through to the fourth round when he takes on lucky loser Daniel Elahi Galan.