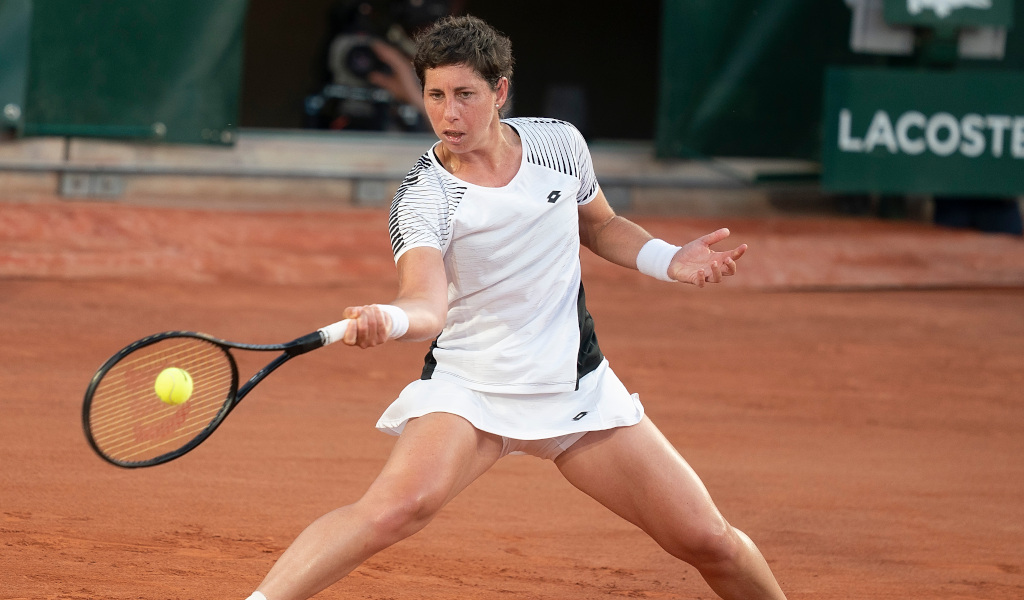 Carla Suarez Navarro explained how the thought of playing one last match at Roland Garros kept her going as she battled against cancer.

The Spaniard, a former top-10 player and two-time French Open quarter-finalist, had announced her intention to retire at the end of 2020 before first the coronavirus pandemic hit and then, in September, she was diagnosed with Hodgkin’s lymphoma.

Suarez Navarro initially thought she was suffering from Covid-19 but instead faced months of treatment before, in April, announcing she had been given the all-clear.

The 32-year-old was unable to pull off a fairytale comeback, serving for the match in the second set against former US Open champion Sloane Stephens before going down 3-6, 7-6 (7-4), 6-4, but is hoping to play at the summer’s other big events before hanging up her racket.

Suarez Navarro said: “It was a long time, really tough moments. Tough months. But every time I had on my mind that I want to be here, I want to come back. Roland Garros is one of my favourite tournaments, so I had it really clear that my first tournament will be this one.

Nothing but respect. ❤️🤗

Former finalist @SloaneStephens bounces back with a 3-6, 7-6(4), 6-4 win over Carla Suarez Navarro in the Spaniard’s final #RolandGarros. pic.twitter.com/0zxXtJzGLy

“Then I tried to prepare myself for my best tennis that I can. Obviously I need more time, but I had a good time this week practising, I had a good level in my match.

“Of course I felt tired at the end. I knew that if I don’t close the match in two sets, it will be so difficult for me. But I’m really proud, too, of myself and really happy to have the chance to play here one last time.

Another step forward. Today I finished my treatment and overcame Hodgkin lymphoma.

Thanks to all for your warm messages. Every word of support gave me strength during the past few months. ❤️

All my gratitude to healthcare professionals who take care of us every day. I'M CURED! pic.twitter.com/kF3HwHPh0y

Suarez Navarro had not played a tournament since Doha last February, and she said: “Until March 1 of this year, I could not practise full. I started to play with soft balls, I started to play for 20 minutes. Then every day I’m going better. I played a little bit more.

“Of course it was tough. My body felt a lot of change in those months. But I did everything that I could to be here.”

The big disappointment was that Paris’ 9pm curfew meant Suarez Navarro bade her farewell to an empty stadium, with Stephens clapping her off court.