The story so far at Wimbledon: From Emma Raducanu’s fairytale run to Serena Williams’ injury 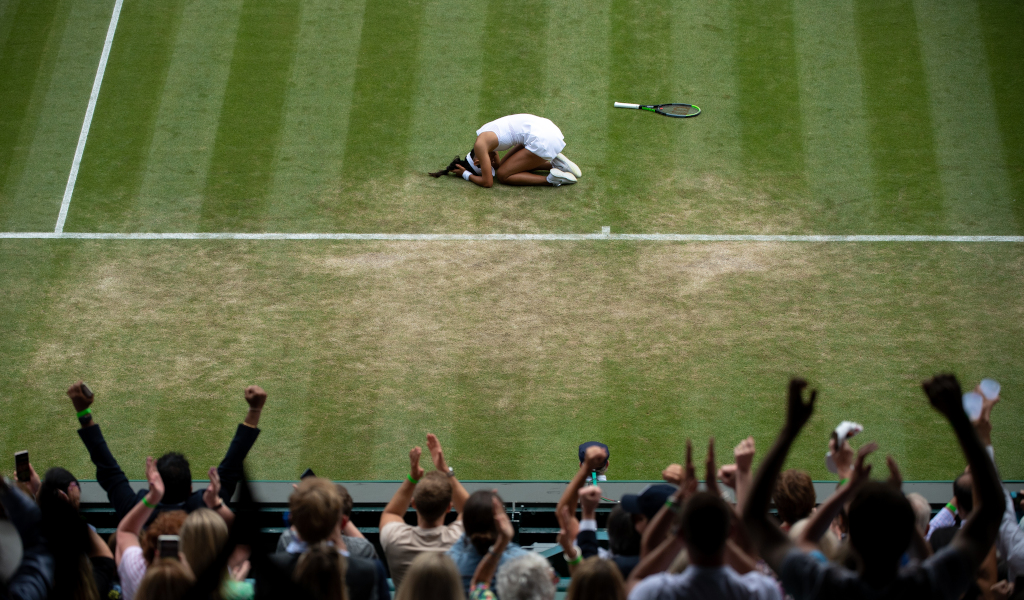 Middle Sunday offers a chance for Wimbledon to rest and reset ahead of the fourth-round singles matches on manic Monday.

Here we look back at the story of the first week of the 2021 Championships.

Hero of the week

Only people within British tennis will have heard of Emma Raducanu before this week, but now she is a household name after a fairy-tale run to the fourth round. To put it into context, the 18-year-old had only played one senior tour-level match before this tournament and put her tennis career on hold during the coronavirus pandemic in order to concentrate on her A-Levels. How her life has changed after three memorable victories, with the promise of possibly more to come.

Villain of the week

Controversial Frenchman Benoit Paire received a code violation for a lack of effort and was heckled by a supporter as he crashed out. Argentinian ninth seed Diego Schwartzman resumed 6-3, 6-4 ahead on Tuesday following Monday’s rain, and dispatched the seemingly-disinterested Paire in 16 minutes, 6-0 in the third. A supporter was heard to shout ‘you’re wasting everybody’s time’ from the stands on Court Two, while umpire Mohamed Lahyani issued a warning.

Flop of the week 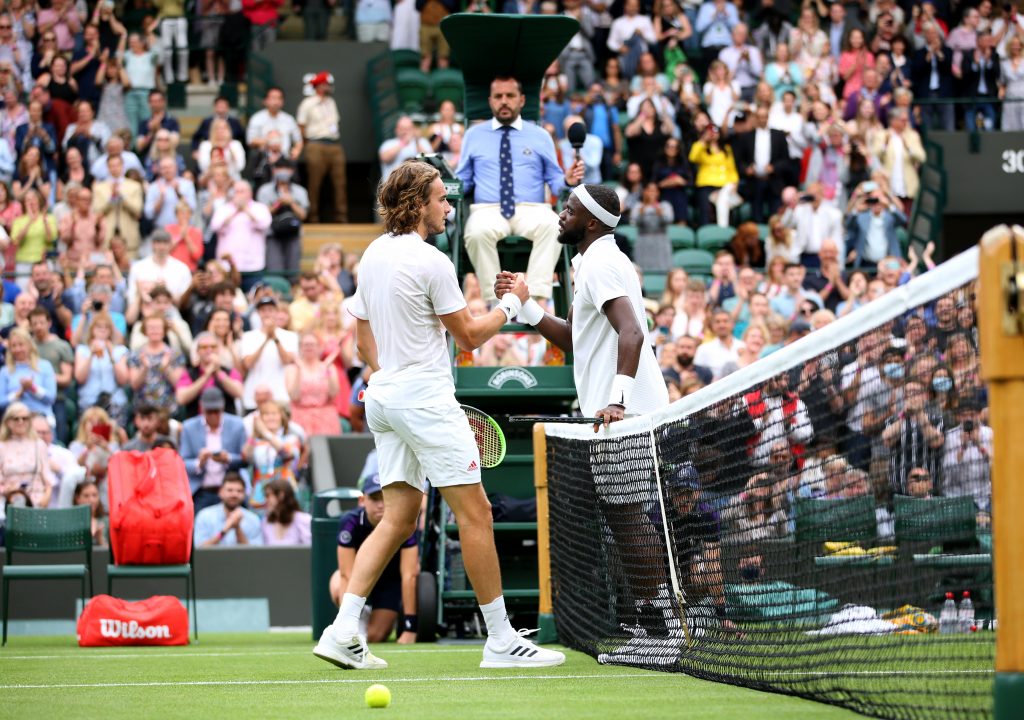 Stefanos Tsitsipas’ struggles at SW19 continued as he was dumped out in the first round again, losing in straight sets to Frances Tiafoe. The Greek made it to the French Open final a fortnight ago, conceding a two-set lead to go down in five to eventual champion Novak Djokovic, but he never threatened to get past an in-form Tiafoe, who won 6-4 6-4 6-3. Tsitsipas was seeded third at this year’s tournament, but he has no pedigree at Wimbledon, having now gone out in the first round in three of his four visits.

Shot of the week

Ons Jabeur proved it does not matter how you get the ball over the net, or in her case around it, in her third-round win over Garbine Muguruza. After drawing the Spaniard in with a drop shot, she looked to have been outfoxed by Muguruza’s angled shot across court, but she quickly adjusted her feet and managed to send a low punt past the net post and into an empty court for a stunning winner.

Match of the week

It is little surprise that both Angelique Kerber and Sara Sorribes Tormo got a standing ovation at the end of their second-round battle which lasted three hours and 17 minutes. The 2018 champion and the Spaniard put on a thrilling show, full of lung-busting rallies that left both players on their knees. Kerber came out triumphant in the end, winning 7-5, 5-7, 6-4.

Shock of the week

Serena Williams’ hopes of an eighth Wimbledon title ended after an ankle injury forced the world number eight to retire from her first-round match with Aliaksandra Sasnovich. The 39-year-old again had to put a record-equalling 24th grand slam on hold after slipping in the sixth game and leaving Centre Court for treatment. She returned 10 minutes later but after getting emotional at the reception afforded to her by the crowd, the pain was evident on Williams’ face as she tried to serve to her Belarusian opponent, meaning she had to call it quits. 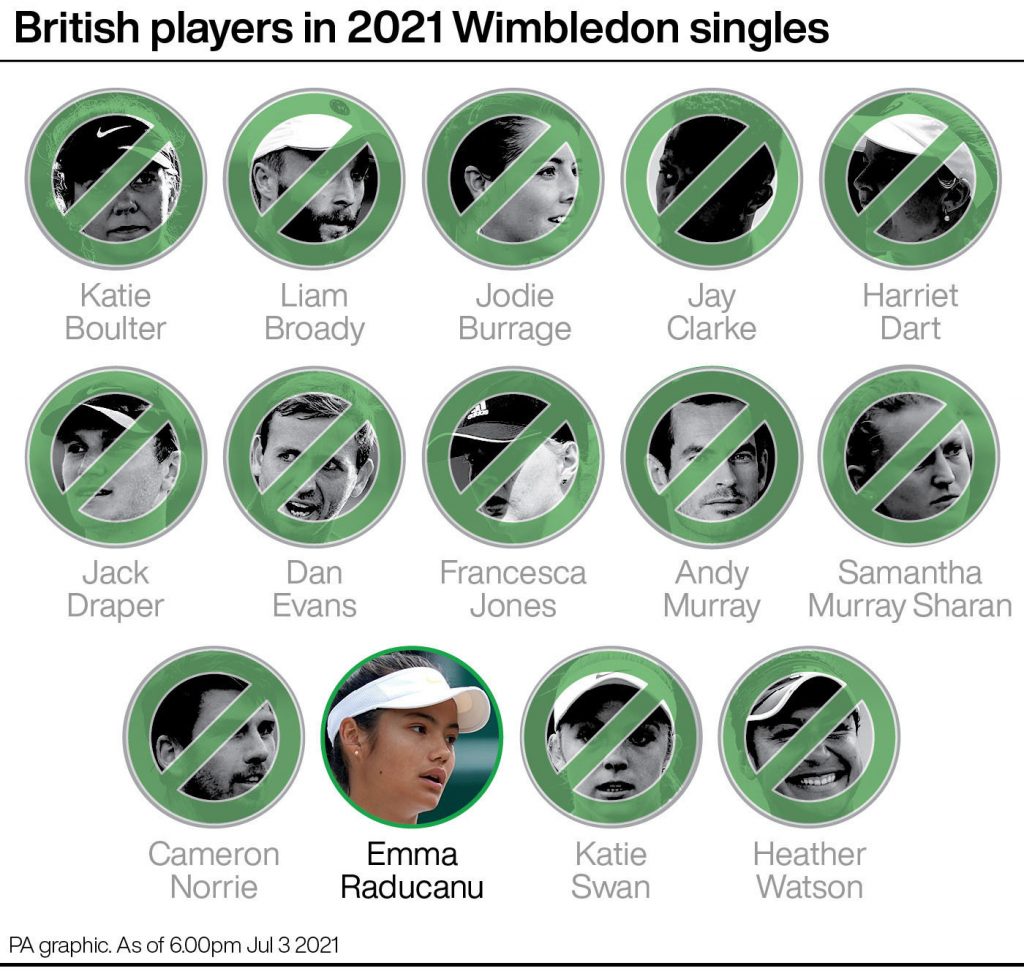 Djokovic vs Garin
Gauff vs Kerber
Federer vs Sonego#Wimbledon