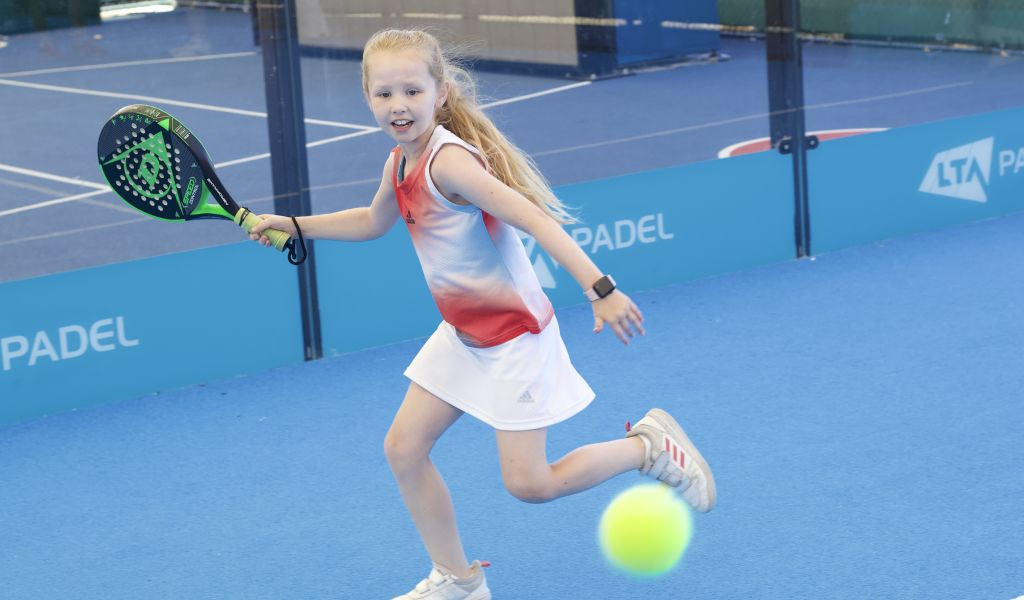 When can we play again? It’s the question so often asked by newcomers once they play padel for the first time.

Now the addictive sport of padel is set to go to the next level in the UK as more and more families are taking to the court each weekend, playing sport together in a sport that has been described as the ‘fitness craze of this summer’.

There are not many sports that can be played by all members of a family, but padel fills that void perfectly and with more courts being installed around the country each week, the rise of the sport appears to be unstoppable.

Up to this point, padel has tended to be played by players who enjoy a sport that has been described as a cross between tennis and squash, played on a court surrounded by a heavy-duty glass that allows players to hit the ball after it bounces back off the wall.

Yet as more padel courts are erected across the UK, entire families are appreciating the potential of a sport that allows them to all be on court at once, experiencing the thrill of friendly competition playing a game that is less complex than tennis and allows all involved to take part in extended rallies in double quick time.

Soccer superstars David Beckham, John Terry, Jurgen Klopp and Zlatan Ibrahimovic are huge fans of padel and with thousands of players in the UK now playing the sport each week, the drive to increase participation is proving to be hugely successful.

With LTA, the national governing body for UK tennis, hoping to drive padel forward in the UK after assuming control of the sport in 2020, the push to get more courts in place is being boosted by the input of the innovative company Game4Padel.

The development padel courts can be expensive, but Game4Padel resolve that problem by offering free installation and then taking a share of the revenue stream generated by the court hire.

Tennis stars Andy Murray, Jamie Murray, Annabel Croft and Andrew Castle are among the big names who have invested in the company and we sat down with their CEO Michael Gradon to get his thoughts on what comes next in the sport.

Where can padel be in the UK in five years time?

Padel has been hugely popular in Spain for many years, so can we get to that level in the UK?

I think we can. Game4Padel has been approached by 300-400 venues in the UK all wanting padel courts installed and that highlights the demand. People call it the fastest-growing sport in the country and I have no doubt that is an accurate statement, but we need to get courts out there. From my experience, anyone who plays this sport loves it and get their friends and family along. We also need enthusiastic and dynamic coaches to drive passion in the game. In addition, building covered padel courts is crucial to drive participation in the UK, as the weather is not always good for continuous play and dry balls.

How important is publicity in driving the sport forward?

We live in a celebrity fuelled culture and if you want to get people to try something they have barely heard of we need them to be part of the story. We have our own celebrity ambassadors at Game4Padel and the largest padel business in the world was started by Jonas Bjorkman, who won several grand slam titles in his tennis career. He told me that filling the padel courts is not easy, but once you get people to try the game, they are hooked. It’s like getting a child to try food they have not had and once they have it, they want more. We are fortunate to have tennis stars like Andy Murray, Annabel Croft and Andrew Castle backing Game4Padel, as well as rugby legend Jonathan Davies and more are also joining us.

Can padel become as big as tennis in the UK?

In Spain, more people play padel now than tennis, but they have a history of this sport and have been playing it for 40 years. Spain has seven million padel players, so I think it is possible that padel could one-day have more active players in the UK than tennis. It will take time to get there, but the excitement around the sport is wonderful to see and more and more families are playing each week now, which is a great development in our sport. It is the proverbial snowball gathering snow and as someone who fell in love with padel 15 years ago, I’m so excited to see what is happening with padel the UK.