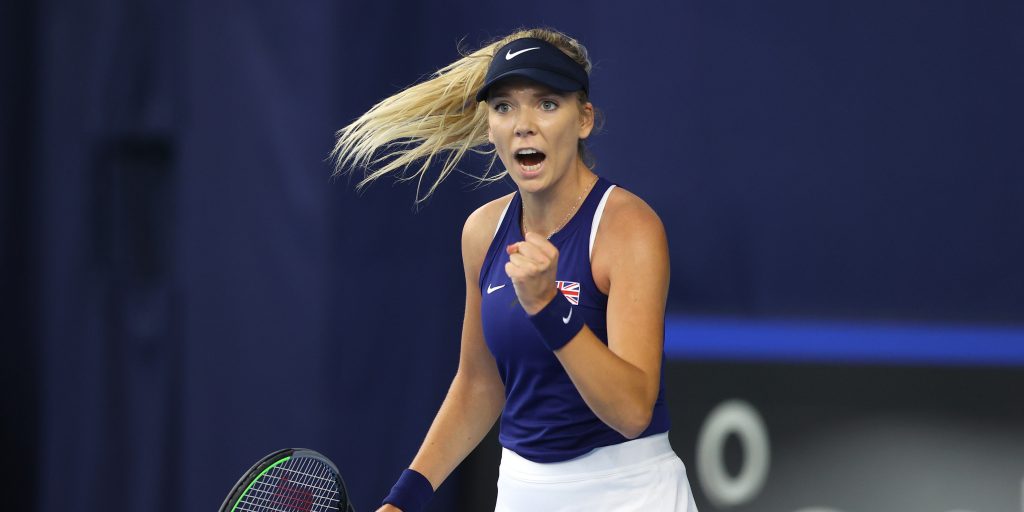 Captain Anne Keothavong insisted there would be no complacency after Great Britain moved to the brink of victory in their Billie Jean King Cup play-off against Mexico in London.

At a near-deserted National Tennis Centre (NTC), Katie Boulter marked her return to the competition with a 7-5 6-0 victory over Marcela Zacarias before Heather Watson saw off Giuliana Olmos 7-5 6-1.

One more victory in Saturday’s reverse singles, or the deciding doubles should the tie go that far, would see Britain earn another shot at qualifying for the elite finals week in 2022.

Keothavong acknowledged on Thursday that, following the switching of the tie from Mexico to Britain, her side were heavy favourites, and Boulter and Watson both battled through tight opening sets before pulling away to win.

Keothavong said: “Katie was obviously nervous to start off with but, once she got the first set under her belt, she showed us what she was all about in the second, and same for Heather.

“The Mexicans did what we expected, they did play some good tennis. They don’t really have anything to lose, so they can come out here and go for it.

“There’s no room for any complacency. We’ve got to prepare in the best way possible. Heather’s first up and we’ve got to expect Zacarias to come out strong.”

Britain have been unable to do most of their normal team bonding activities because of social distancing requirements, but a murder mystery game around the NTC has been a big hit.

“I think the players might be all dead,” said Keothavong with a laugh. “That sounds ridiculous but everyone’s into it. It’s been a great source of entertainment for us.”

Both teams were missing their leading player, with Johanna Konta choosing to practise outdoors on clay at the same venue to give her troublesome knee time to adapt to the surface, while Renata Zarazua also cited knee issues in her decision to skip the tie.

Boulter is only the British number nine but was given the nod over Harriet Dart, Jodie Burrage and Katie Swan to make her first appearance in the competition – formerly known as Fed Cup – since aggravating a back injury in the 2019 victory over Kazakhstan.

She has struggled to get her ranking up since returning to the sport at the end of that year and remains at 291, six places below Zacarias.

But Boulter’s resume indicated she should come out on top and so it proved, although she was twice a break down in a tight opening set and had to save multiple break points at 5-5.

The 24-year-old said: “I was a little bit nervous at the start. Obviously the occasion, I knew what it was and I wanted to play my best tennis. Sometimes it’s difficult to do that and I knew she was going to be a tough opponent.

“Of course it was natural to have nerves and I felt like a dealt with them really well and managed to tough out the first. That gave me a lot of momentum. I thought I played some really good tennis in the second set.

“I’ve been doing that day in, day out on the practice court, it’s just a matter of doing more and more of it on the match court.”

Watson’s 22nd singles victory in the competition moved her clear of captain Keothavong into second place in the all-time British standings behind Virginia Wade.

It followed a similar pattern, with Watson edging a tight first set against a player ranked more than 350 places lower before pulling away in the second.

“I felt good in the first set,” said Watson, who was playing her first match on British soil in the competition.

“I thought my opponent was playing very well too. I was a bit nervous, first match, I always want to do my country proud. The second set I was hitting my targets more and I also started to come into the net more.”