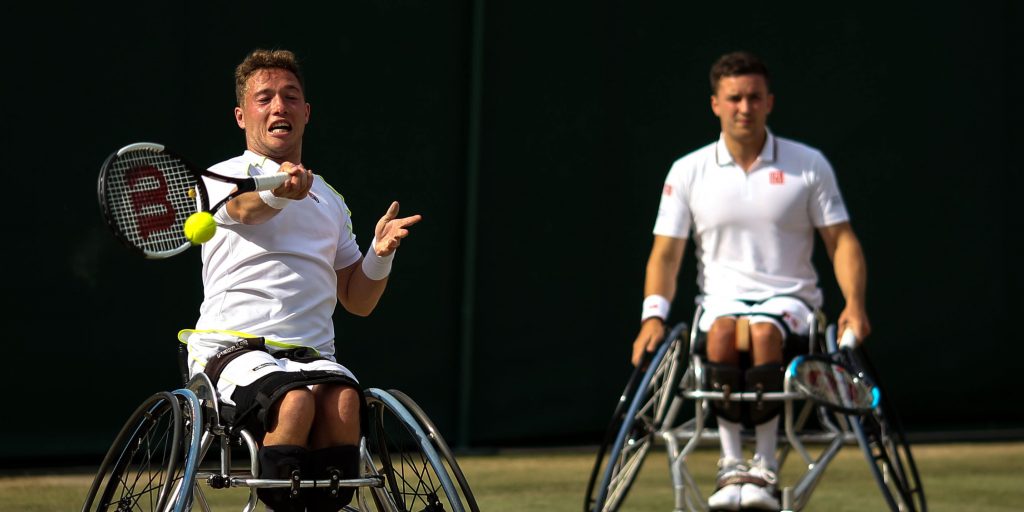 Hewett said: “To win back to back is an awesome feeling, especially with the situation at the moment, not knowing how many opportunities we’re going to have to compete this year.”

Reid and Hewett equalled the domestic record set by brothers Laurence and Reginald Doherty, who won 10 Grand Slam doubles titles, all at Wimbledon, between 1897 and 1906.

Reid added: “Obviously it’s been an amazing ride – when we started playing with each other Alfie was just a young kid coming up, finishing school, and I was number one in world doubles at the time.

“It was a bit of a gamble to be honest, at that stage, obviously one I’m happy that I took, and it’s paying off nicely for us now.”

Lapthorne returned last month after announcing, having lost two French Open finals in October, that he was taking time away from the game in order to focus on his mental health.

He said: “It was difficult, I’m not going to lie, especially in that 10-point tiebreaker when all of a sudden the pressure comes and the anxiety and all those feelings I had back at Roland Garros.

“But I’m battling away, and I’m trying my best each day to work on myself and work on my mind and it’s small steps, and it was nice just to be back out there.”