2021 grass-court tennis season up and running after ‘monumental undertaking’ 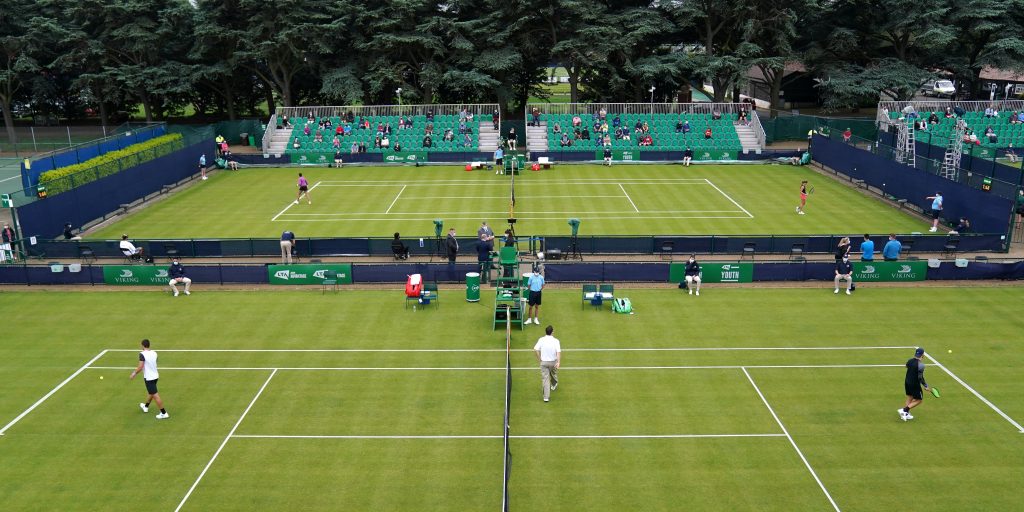 Staging grass-court tennis tournaments does not normally involve changing the law but that is just one of the hurdles that organisers have overcome to get the show back on the road.

Sunday saw the start of the Viking Open Nottingham, the first grass-court tournament held in Britain since the summer of 2019, with the coronavirus pandemic forcing the cancellation of all last year’s events.

Not all the usual tournaments are being held in 2021 either but the Lawn Tennis Association’s flagship events in Nottingham, Birmingham, Eastbourne and at Queen’s Club are all back on the calendar, albeit with significant restrictions.

Back on the green, green grass of home 🇬🇧🌱 pic.twitter.com/Xz3Z3Gozz6

Chris Pollard, the LTA’s director of digital and major events, told the PA news agency: “It was really challenging working through all of those different stakeholders.

“On the positive side, there’s been brilliant collaboration, first from Government and Public Health England, then from the ATP, WTA and the ITF (International Tennis Federation).

“We’ve also been working very closely with the All England Club because we wanted a consistent set of standards and protocols right across the five weeks. There’s been a very positive, can-do approach but it has been a monumental undertaking.

“We’ve had to get the law changed such that we can permit entry for players from red-list countries and their support teams.

“To enable that, we’ve had to give confidence to Government and Public Health England that we can build this minimised-risk environment that will keep players safe, but also let’s not forget that we’re trying to prevent community transmission and stop variants coming into the country.”

The much-discussed minimised-risk environment means players will be subjected to some of the tightest restrictions they will have experienced despite an ongoing relaxation in wider society, which has drawn grumbles but weary acceptance.

They must stay in designated hotels while in tournament bubbles, with no exceptions for vaccinated players or those who live in Britain, and are not allowed to leave those hotels apart from to travel to the tournament venues. These rules will remain the same even if the June 21 lifting of restrictions goes ahead.

Spectators must socially distance, with capacity for Nottingham, Queen’s and Birmingham capped at 25 per cent. Should the June 21 relaxation take place, it may be a different story at Eastbourne, which begins on that day.

Rebecca James is the tournament director at Nottingham, which hosts a WTA event and a second-tier ATP Challenger tournament. British number ones Johanna Konta and Dan Evans are competing, although the two highest-profile entrants, Andy Murray and Venus Williams, both pulled out.

James said: “It’s always exciting but this year in particular it has been incredible to see players on the grass courts.

“I’ve never thought through literally every step of someone’s journey like we have this year, because obviously we want to get it right and we want to keep it safe for everybody involved.”

The LTA’s annual report showed the hit the governing body took last year through not staging major events but this year could be an even bigger challenge financially.

The organisation estimates the cost of staging the tournaments will be double what it is normally, while limitations on Wimbledon’s capacity means the profit that is passed on to the LTA will be significantly reduced.

But this period of the year is the heart of British tennis, and Pollard, who was previously involved in organising the London 2012 Olympics, said: “The three weeks of our grass-court tournaments, not to mention of course the profile that the Championships has, is just such a vital shop window for raising the visibility of our sport.

Welcoming fans back to the grass after 2⃣ long years, no matter how they are dressed… pic.twitter.com/h9zZVcAJYT

“We’ve got all sorts of data and insight which shows how over the period of June and July, with tennis being on TV, that provides visibility that does inspire people to pick up a racket and get on court. The peak day for tennis bookings is over the weekend of the Wimbledon finals.

“With the visibility that we’ve now got, this is just a brilliant time for players across the country to dust down the trainers and dig the rackets out of the cupboards and to get on court.

“It’s been really, really tough financially, I’m not going to shy away from that, but it’s brilliant that we have been able to stage these tournaments and create brilliant spectator experiences and player experiences and we can all look forward to some great tennis.”