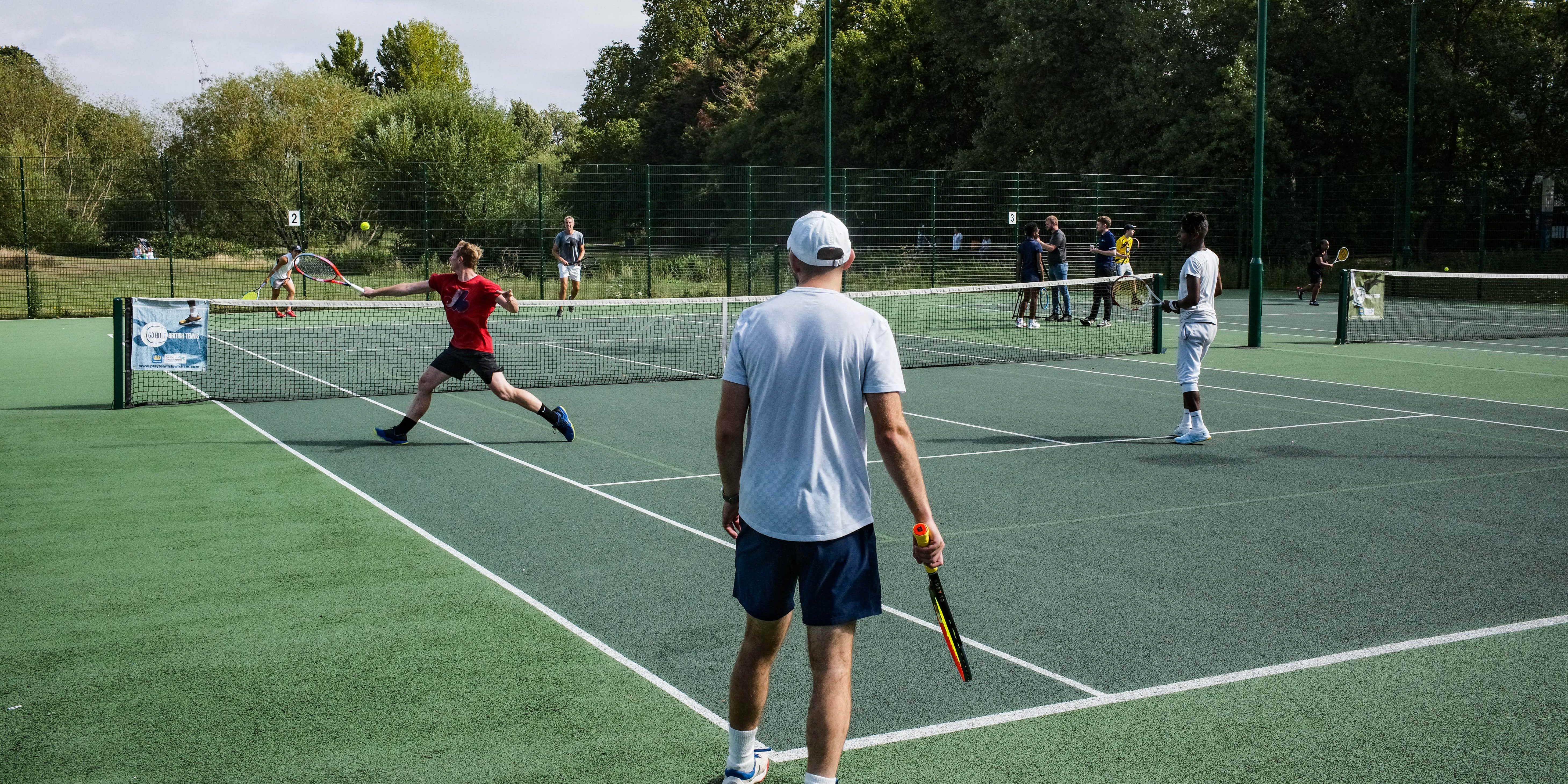 Tennis will look to capitalise further on its “perfect storm” when courts reopen to the public in England on Monday.

With its naturally socially-distanced nature and severe limitations on the competing attractions that had contributed to the sport’s numbers dwindling, grassroots tennis enjoyed a boom in 2020.

Despite courts being closed for several months due to lockdown, participation overall increased by eight per cent from 2019, with nearly four million people picking up a racket at least once.

The cliche is that British people are only interested in playing tennis for a couple of weeks a year when Wimbledon is on, but figures from the Lawn Tennis Association show that enthusiasm for the sport endured even when the weather was less favourable and despite the grass-court season being wiped out.

There was a 91 per cent increase in participation year on year in September, while December’s figures were also up 32 per cent.

The LTA is keen to stress, though, that it is not just coronavirus that has driven tennis’ resurgence. The governing body’s figures indicate that participation would have increased by a further three per cent but for lockdowns shutting courts.

Abbie Lench, the LTA’s head of clubs, parks, counties and volunteering, told the PA news agency: “We were seeing really good signs of participation going in the right way anyway.

“From the work we’re doing with clubs and parks, clubs were understanding they need to market to new groups of people and parks, I don’t think local authorities realised just what an asset they’ve got.

“We ground to a halt (with lockdown) and then, as tennis was one of the only things you could do safely, suddenly for families, it was, ‘let’s go and hit the tennis courts’. It’s been really good from that perspective.

“I’m hoping this is a once-in-a-lifetime situation but it’s a bit of a perfect storm in a way. We’ve kind of got everything we need and Covid has sort of accelerated that because suddenly we’ve got this audience.”

The LTA has been criticised in the past for focusing on clubs rather than parks, which attract a different demographic, but the governing body has been investing in the operation and management of park courts.

A national booking system and a website that enables people to easily find courts near them have been big successes, and Lench is hoping to continue the growth in 2020 with further development of park courts and a drive to encourage people to play more often.

Other LTA programmes focus on broadening tennis’ reach within diverse and deprived communities while Youth Start is a new initiative aimed at bringing children into the sport.

“If we can maintain that level of increase, because it’s pretty decent in sporting terms, that would be a really good start,” said Lench.

“We can demonstrate that, if you tailor the offer correctly and if you position things in the right way, you will attract everyone into tennis.”

Danny Burrell, Leeds City Council’s community tennis activator, has been applying the finishing touches ahead of the reopening of courts in his city.

“I’m incredibly excited,” he said. “I can’t wait after three months off. It will be fantastic just to get back on court. We’ve done all the preparations and we’re ready to go.”

“It really is amazing because for a lot of the time we were in lockdown,” said Burrell.

“With it being a naturally socially-distanced sport it does lend itself to the current situation and what will be the restrictions as of Monday.

“And I think what’s also brought people to the sport is just being able to see one other person. Going out and meeting someone, it seems like an amazing privilege right now.”

More than seven per cent of those bookings, says Burrell, came from people who live in the 10 per cent most deprived areas in the UK.

Burrell and the coaches he works with have used YouTube training sessions to engage children during lockdown and he praised the improvement in the LTA’s joined-up thinking regarding its grassroots approach, which has been another area of criticism.

He added of the sport’s coronavirus boom: “Obviously it’s been a terrible thing but, if we do look at the bright side, tennis has certainly benefited last year and I’m sure it’ll benefit when we get going this year.”