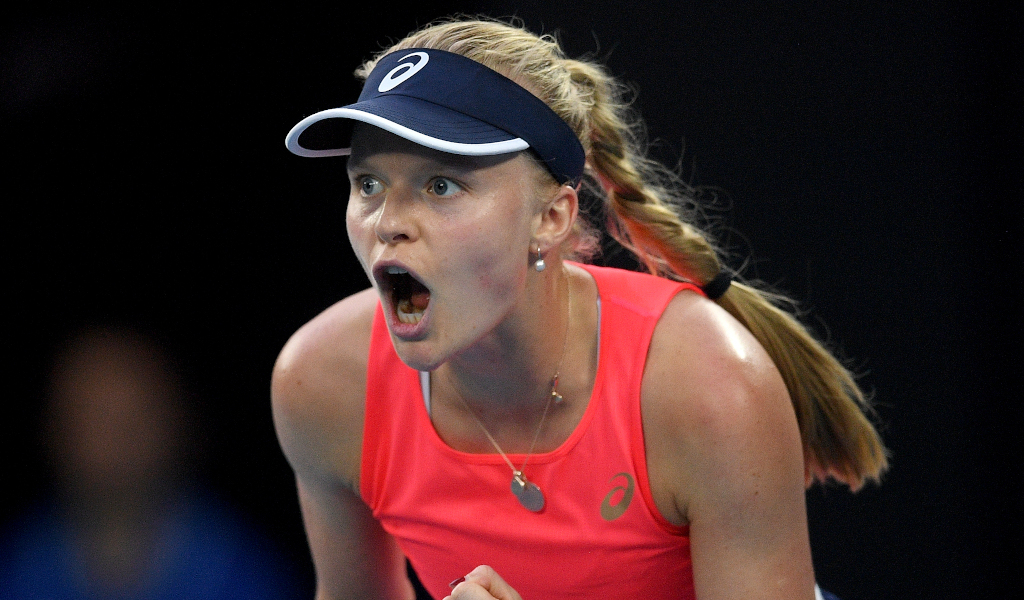 On another rain-affected day in Nottingham, Dart returned to court tied at one set all with the world number 26 having clawed level before play was suspended on Wednesday.

With a tense decider remaining on serve, the 25-year-old was on the brink of exiting the competition at 40-0 down in the 10th game but she dug in to eventually progress 5-7 6-4 7-6 (3) and claim a personal milestone.

Into her FIRST WTA quarterfinal 🎯

Her reward for a gruelling victory, which took two hours and 34 minutes over the two days, is a last-eight meeting with sixth-seeded American Alison Riske, who overcame 2019 champion Caroline Garcia 6-4 7-5.

Earlier, fellow Briton Lily Miyazaki was defeated 6-2 7-6 (4) by Brazilian Beatriz Haddad Maia, while top seed Maria Sakkari kept herself on course for the title after she came from a set down to beat Canadian Rebecca Marino 1-6 6-3 6-3.

In the men’s draw, British number five Liam Broady progressed to the last eight but there was disappointment for compatriot Jay Clarke.