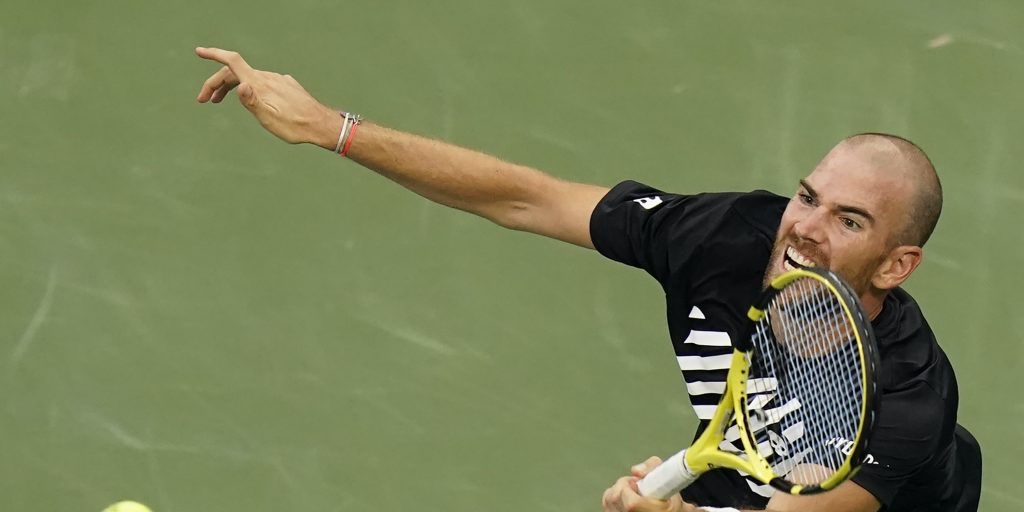 Adrian Mannarino revealed that health officials in New York tried to stop his third-round tie with Alexander Zverev from going ahead.

The Frenchman is one of the 11 players facing extra restrictions because of his contact with Benoit Paire, who tested positive for Covid-19 on the eve of the tournament, and officials said he should have been in his room quarantining instead of playing Zverev.

Down early, but it was cruise control from there.@AlexZverev takes down Mannarino 6-7, 6-4, 6-2, 6-2.#USOpen pic.twitter.com/ChjjKHCtGu

It was a chaotic build-up for both players as the tournament scrambled to get the game on.

“I was preparing to go on court at 2.30pm,” Mannarino, who must now quarantine in his hotel room until next Friday, said. “The tour manager came to talk to me and explained the situation that the state department of health took over the city.

“The city allowed me to play on Sunday but the state took over this decision to say that I’ve been exposed to a positive case so I should be quarantined in my room and not be able to go on the court and play my match today.

“They told me they were trying to contact some guys and see if this decision could be changed. Obviously a lot of effort has been done, they pushed the match back, Sascha agreed which is nice.

“They told me they would look at the situation try to see if we could get on court today. Obviously they did.

“I’m thankful to all these people who have been trying to get me on court today. Around 4.30pm I heard that I have been allowed to go on court. Unfortunately I lost the match but I’m happy I was on court.”

It looked like the delay might hurt Zverev more than Mannarino, who won the first set, but the German hit back to win in style.

“I was told that there was very little chance we were going to play,” he said. “They said there was a chance at 5pm, but I was just waiting around and seeing, I was relaxed.

“For me as a player I am happy that he was able to play. At the beginning I was a little bit cold. We were supposed to play during the warmest part of the day when balls were going to be flying, then we basically played a night match. It was different.

Sascha is through to Round 4. 💪

World number one Novak Djokovic has expressed his concerns at how the situation regarding Paire and the players who have been around him has been handled.

Djokovic, who started a new players’ union last week, said there has been inconsistency throughout from tournament organisers.

“We knew that coming into the States, there was a high probability situations like this could occur,” he said after a routine win over Jan-Lennard Struff. “I’m not happy these kind of circumstances with the French players was managed.

“That hasn’t been cleared up here with Benoit and he’s quarantined, out of the tournament. All the other guys close to him, they were allowed to play. A lot of inconsistency.”

While there may be inconsistency there, there is an air of inevitability about how the men’s draw is progressing as Djokovic racked up a 26th win of 2020.

The Serbian beat German Struff 6-3, 6-3, 6-1 in rapid time to book a fourth-round spot with Pablo Carreno-Busta.

Djokovic is yet to taste defeat in this calendar year and will take some stopping if he is going to be denied a 19th career grand slam.

“I’ve been playing well the last couple of weeks, training well and focusing on the right things,” he said.

“Best-of five on this court, obviously no crowd, different atmosphere and conditions but still you get to play the best players in the world at a slam.

“I’m fit, I’m feeling very good, I’m confident about my game and I’m taking that to every match.”

Denis Shapovalov got the better of a gruelling encounter with Taylor Fritz, winning in five sets.